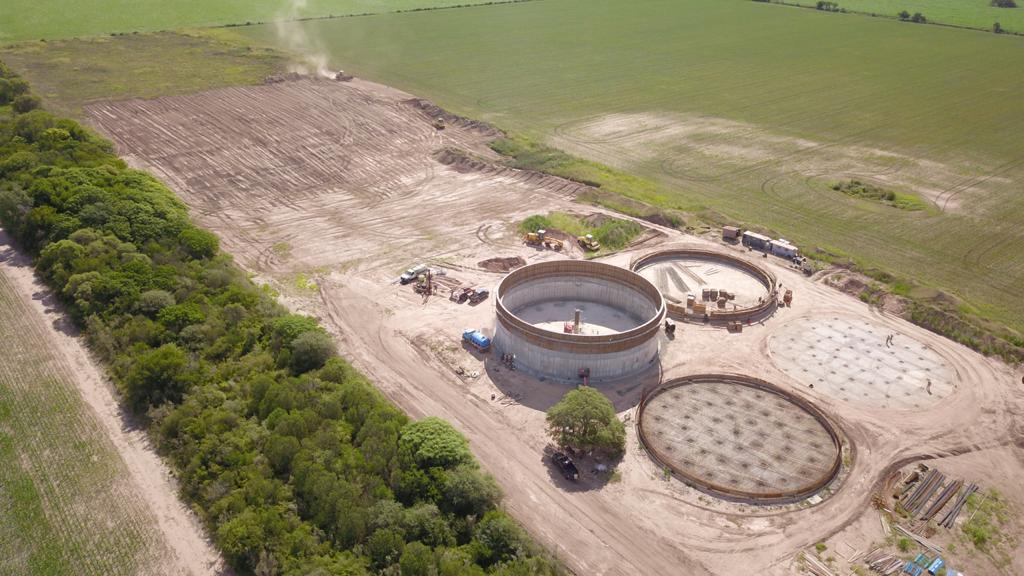 In poultry farms, a fundamental input is artificial lighting: chickens are fed and fattened to their slaughter weight while the light is on.

In Pollos San Mateo, a company from Río Ceballos that is one of the largest in the sector in Córdoba, they decided to be self-sufficient: in the middle of the year, a plant that will produce electricity with biogas obtained from the processing of poultry waste and other food industries in the province.

“We already have two finished biodigesters of the four that will be part of this undertaking. And we are finishing the process of importing the equipment that comes from abroad, ”said Mateo Ligato, head of the poultry company.

This investment was one of those that was awarded in Round 2 of the Renovar Program, to promote renewable energies. For this reason, what is generated there will not only be used by Pollos San Mateo, but will also be uploaded to the Argentine Interconnection System (Sadi) to increase the energy supply.

Specifically, the plant will have a power of 2.8 megawatts: 2.4 for Sadi and 0.4 for self-consumption.

The start date of operations, which was established in the contract signed with the Compañía Administradora del Mercado Mayorista Eléctrico (Cammesa), was April 25 of this year.

Due to the pandemic, the project called “Helios Energía Limpia” achieved an extension and, according to Ligato, if there were no inconveniences, in May or June the keys will be activated so that it begins to generate energy.

The project began to take shape at the end of 2015 and, after being chosen in the Renovar program, it ran the risk of not being executed as a result of the strong rise in the dollar and the tight exchange rate that has been in force since the last months of 2019.

The original idea of ​​the company was to install a “turnkey” plant imported from Spain, but in the face of the market shock, financing fell and they had to think of another alternative.

“We looked for national technologists, we designed a new model and we were able to start building it in September of last year,” Ligato remarked.

The planned investment amounts to nine million dollars and has the support of important companies for its start-up.

Acindar Pymes, the largest private Reciprocal Guarantee Society (SGR) in the country, reported in a statement that “it endorsed part of the financing of a virtuous circular economy project of the Helios Energía Limpia company, which converts waste into clean energy in the locality. Cordoba from General Paz Station ”.

Specifically, the SGR participated in the operation by guaranteeing 50 million pesos managed before Banco Santander.

In total, the plant will have the capacity to transform more than 130 thousand tons per year (360 per day) of organic waste from the poultry farm and other food companies, such as Arcor, Pritty and Refinerías del Centro.

One of its main inputs will be the chicken guano that falls during the depositions of these animals on a “bed” of rice. Likewise, the specimens that die in the fattening process will be used.

Between both wastes, the company generates more than 25 tons per month that will cease to be a waste to become an input, not only to produce energy, but also as organic fertilizers that can replace chemicals and a hydroponic plant (growing vegetables without land, only with water).

Within the framework of this commitment to the circular and triple impact economy, the project also includes the creation of a space dedicated to environmental education for schools, where the process of converting garbage into energy and the criticality of reusing waste will be explained.