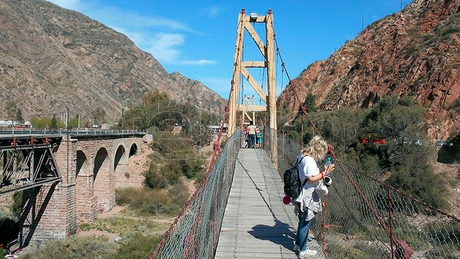 Limitations on flights to the United States, Mexico and Europe continue. What certificate do you have to present if you come from abroad and where is it forbidden to travel?

In order to mitigate the expansion of coronavirus infections, the Government decided to maintain borders closed land and air with neighboring countries and Great Britain until the next March 12.

Through Administrative Decision No. 155/2021, published this Sunday in the Official Gazette and signed by the Chief of Staff, Santiago Cafiero, and the Ministers of the Interior, Eduardo de Pedro, and of Health, Carla Vizzotti, it was announced that the entry of foreign tourists from Brazil, Paraguay, Uruguay, Bolivia and Chile will continue to be suspended.

The news comes at the same time that a report from the Argentine Chamber of Medium Enterprises (CAME) revealed that this summer season there was a collapse of the tourist movement in the order of 28.9 percent. 22 million tourists moved, who made direct expenses for more than 201 million pesos, the entity indicated at the weekend.

The Administrative Decision also suspended the authorizations and permits that would have been provided for the operations of air transport of passengers on direct flights that have as origin or destination the UK by the new strain of coronavirus. The Argentine government had decided on December 21 to suspend the entry of foreigners from that nation.

In addition, the regulations indicate that the The Ministry of Transportation may expand or reduce the list of countries that have entry restrictions to Argentina if so suggested by the national health authority.

They will also remain reduced flight frequencies from the United States, Mexico and Europe at 30% of capacity, and from Brazil, at 50%.

What does the Government recommend to those who travel?

For Argentines or foreigners residing in the country, they are recommended “defer your travels” outside Argentina, “when they did not respond to the development of essential activities“.

Meanwhile, until March 12, those who have left the country through land border crossings between April 1, 2020 and December 25, 2020, They can enter through the authorized steps: the Ministro Pistarini International Airport in the town of Ezeiza, the Airport San Fernando International and the Port of Buenos Aires (Terminal Buquebus).

Those who arrive in the country must present certificates that demonstrate where have you been the 14 days prior to traveling.

What happened to domestic tourism?

According to businessmen in the sector, the season was bad but they expected a greater impact

According to the aforementioned CAME report, the summer season ended with a balance adjusted to the health situation and ” shorter trips and the rural tourism, while there were recovery peaks over the end of January and the weekend carnival“.

The report notes that “the provinces moved with much local tourism, especially those who habitually they traveled to Brazil, Chile or Uruguay“, while” in gastronomy, the star of the summer were the craft breweries “-.

“Although the number of people who traveled within the borders fell 28.9%, in relation to last summer, in many cities the entrepreneurs consulted indicated that the season was bad, but they expected something worse“the camera indicated.

The season went from low to high and after the different localities took health precautions against the pandemic, when from the second week of January a COVID-19 case downspout, tourism began to increase reaching peaks in the last weekend of January and during the Carnival holiday.

Some factors that saved part of the season was the inability to travel abroad, especially to Uruguay, and the need to go on a trip after a year where weekend getaways were absent.

On the other hand, there were no popular festivals, sports competitions were suspended, transportation was reduced and thermal parks or beaches worked with income quotas.

The average stay fell from 4.2 days in 2020 to 3.8 in 2,021, along with the lower purchasing power of tourists and prudence in the face of the health emergency.

On the other hand, some 36 million Argentines traveled during the day to nearby places, with an average daily expenditure of $ 1,300 per capita that left a total outlay of $ 46,700 million, because the total direct expenditure of the summer among tourists and hikers amounted to $ 248 billion.

Rural tourism gained strength, which ended the season with a positive balance driven by social distancing. “The traveler was able to make trips nearby, in small groups to places with nature, and enjoy beaches, walks, kayaking, sport fishing without crowding of people!”, Said CAME.