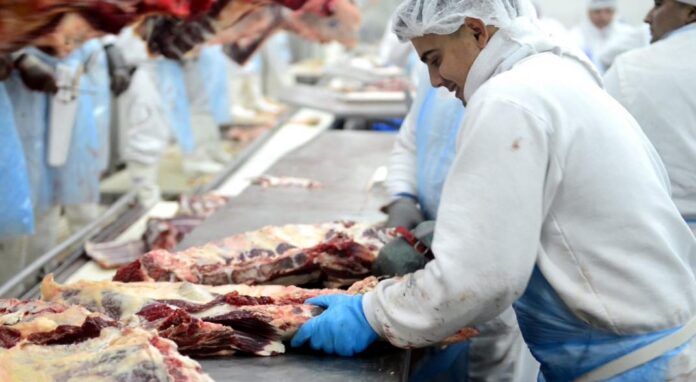 Last year was not a good one for the exports of Cordoba manufactures of agricultural origin. According to Indec data, analyzed by the ProCórdoba Agency, the income generated by these products was the lowest since 2006.

The exception to this drop in general terms was provided by meat –including beef and pork–, which in 2020 had a better performance than that registered a year ago.

According to data provided by the Agency, exports of beef and pork from Córdoba reached 17,967 tons, 19 percent more than a year ago, when both contributed 15,139 tons. They are the highest volumes sold since 2009.

Although the 2020 shipments of beef were lower than those of 2019, the large contribution made by the pig was decisive for the feed balance to be positive. Its exports totaled 3,377 tons, almost eight times more than a year ago, when shipments of 433 tons were registered.

The frigoríficos La Piamontesa, in Brinkmann, and Qualitá, in Colonia Caroya, are responsible for this performance of the Cordovan pig in foreign trade.

Both have been authorized to export to China – the world’s largest consumer of pork meat – since November 2019.

Goes for another jump

With investments underway to install more cooling capacity, Qualitá projects new growth in its shipments abroad. “We are going to grow between 30 and 40 percent,” anticipates Luis Picat, president of the refrigerator.

While China will remain the main destination, it will be exported to Hong Kong and also to Angola. “It would be very good if the government made progress in opening up Singapore and Vietnam,” observed Picat.

With the idea of ​​growing in the production of piglets for its own slaughter, the company is carrying out the doubling of the capacity of a farm that it has in Candelaria Sud, where a thousand mothers will be incorporated.

In La Piamontesa, they also expect growth in exports for this year, although at lower rates than last year.

“China has no roof. Although prices are not as good now as last year, the prospects are that they can improve ”, highlighted Daniel Giacosa, vice president of La Piamontesa, who admits a reduction in the business margin due to an increase in internal costs.

The company has a project in the pipeline to grow its cooling capacity, with an estimated investment of five million dollars.

With a not so clear scenario, beef will try to maintain the upward movement of the last two years. With lower margins due to lower international prices and a loss of competitiveness also due to higher costs, the meat packing industry is betting on growing in volume to balance the numbers.

For this year, it is expected that two new establishments will be enabled to market bone-in cuts to China. They are the Río Cuarto cold store, belonging to the company Frigorífico Coronel Moldes, and Bustos y Beltrán, located in Juárez Celman. With the authorization for shipments, both establishments will generate around 200 jobs in a period of six months to a year.

The request for authorization to China will be one year in May, a delay that the health authorities of the Asian country justify in the situation of pandemic by Covid-19.

With the incorporation of the two plants, Córdoba would add seven companies authorized by the Asian giant to export beef and pork.

In November 2019, the Chinese health service had enabled four establishments: Qualitá and La Piamontesa for pork exports; and Vare, in Río Segundo, for bovine cuts. In addition, the company Granja SRL, based in Malvinas Argentinas, was authorized to consolidate export merchandise of beef, pork and poultry.

The Logros plant in Río Segundo is, so far, the only beef exporter with qualifications for China and the European Union, for the Hilton quota (high-quality cuts with preferential treatment in that market).

“It is being exported, but the numbers are tight. The price of the Hilton quota has recovered somewhat and China is somewhat weaker, ”said José María Roca, Manager of Achievements.

The joint volume of beef and pork exported last year was the highest since 2009. Although the number of tons is growing, it is still far from the numbers achieved at the end of the first decade of this century.

Between 2006 and 2007, total sales abroad from the province exceeded 30 thousand tons.

Currently only two of them remain (Achievements and Vare) in a position to sell to the European market. Frigorífico Río Cuarto plans to request the authorization again in the future, while Col-Car and Estancias del Sur stopped working.

what you see first shows how you are in life /...

between Bédié and Ouattara, “confidence is restored”

Coronavirus in Argentina | They again enabled the exceptional permit for...

Coronavirus in Argentina | They arrested the manager of a Palermo...

Defense calls for acquittal of Syrian on trial for torture |...

The submarine “Suffren” reaches its base port without announcing itself

They extend the almost total confinement 15 more days to stop...