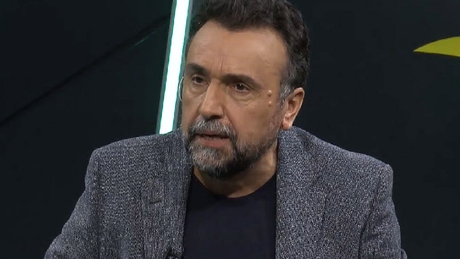 Last week, when journalist Horacio Verbitsky uncovered the pot of the “VIP vaccination” which functioned within the orbit of the Ministry of Health then headed by the minister Ginés González García, a crack opened within the Kirchnerism environment, at least for what can be relieved through the statements of its main referents.

The journalist and businessman Roberto Navarro, owner of the El Uncover group, I had fired Verbitsky As a columnist for his radio, on the same Saturday, and now – in the same program where the scoop was given – Navarro undertook a harsh editorial against him and the officials involved.

“(Horacio) Verbitsky distrusted Clarín and he wanted to save himself without notifying anyone. He thought that if he told it as an anecdote, just like that, sweetie, then he could say ‘oops, I didn’t realize I was doing something wrong’. But not only was he not saved, but he did not allow the government to do damage control, he left them in the hands of Clarín, who later killed them and will continue to kill them, “Navarro said during the program.

“His (Verbitsky) was so armed, that when he broke up with you (Ariel Lijalad, the host of the program), he sent a message to Ginés (González García) saying ‘that’s it, I wet Clarín’s gunpowder’. Ginés showed Alberto (Fernández) that message, “he revealed.

“I swear to you, my pressure is going up again: he didn’t tell us (El Uncover Radio) anything, not even after doing so did we know the plot. people were whore us, I know deleted more than 400 subscribers, it hurt us, who were also in the middle. He took advantage of you, who caught you by surprise. You did your professional job, Ari. He finished the show, you investigated and published it, “he continued, furious.

“When I ask you, he said it was legal. That they just called him when he went to the hospital and told him that the doctors were at the Ministry. That is, hinting that he had his turn. I checked with the government and they told me what happened and the damage it did to them. The guy is secretly vaccinated, he finds out that they discovered him, he wants to save himself. Not only did he not think of his colleagues, he did not think of the Government or his people. If the government falls, it remains in the hands of the right. I’m very hurt and very hot for what he did“He continued with his catharsis.

For Navarro, the damage to the Government was due to anticipating a dismissal that should have been known before the “VIP Vaccination” in the media: “It cost us a lot to put this together (on the radio), we are a group of persecuted and censored who got ahead. Here we even add political prisoners, very humble people keep us with their contribution. So all this that happened … that if he hadn’t said anything damage control could have been done. That is to say, that the President fires him and after he appears in the media, “he continued.

The official journalist also criticized the government of Alberto Fernández for lack of transparency in the vaccination: “The thing could not be organized and now the government thinks that the names will come out all the time. The vaccines should have traceability, know where each vaccine is, and that did not happen. They not only vaccinated Verbitsky and ( José) Aranda (Clarín shareholder), it is known that there are more government people vaccinated “.

Then he remarked that “all the heads of the CGT were vaccinated with their families, with 20-year-old kids. Those shots were from the doctors. When you give the vaccine to (Hugo) Moyano, it is for him to give it to the doctors of his social work. And he gave it to her! ”

And I add: “They vaccinated big businessmen of the country, to Famous. In a country where so far very few people have been vaccinated, few vaccines have arrived. More than half of the doctors and nurses in this country are now unvaccinated, risking their lives. In CABA only 25% of doctors are vaccinated. The only one with 100% vaccination is Axel Kicillof in the province. “

For Navarro, the scandal also overshadowed the seriousness of the failure of the City government’s online system to enroll in vaccination: “If it was (Mauricio) Macri, they said there was a loading error. On Friday we would have to be talking about the son of Whore of (Horacio) Larreta, that his page had a loading error to register for the vaccination. That was the news of the day, while Kicillof vaccinated everyone “.

Go out to bank

However, in the last part of his editorial Navarro asked “bank the companions”.

“From now on, you have to bank your colleagues. Ginés, (Jorge) Taiana, (Eduardo) Valdés, they are guys with a huge history. They should not have been vaccinated before than the others, that they had to travel (to Mexico) is not justification. ”

Immediately, he confided to the driver: “You know that I am waiting to have an operation on my heart, and I am here saved. The day I get vaccinated, I will go and have surgery. There are no privileges, we are in a pandemic. There cannot be any.”

Finally, he asked that the new Minister of Health, Carla Vizzotti, disseminate the list of vaccinated “before Clarín gives it. I invite everyone to take an antibody test. Many sons of bitches who are barring Ginés were vaccinated before And Ginés was risking his life all the time, a 70-year-old fat guy with illnesses. I can assure you that all the Juntos por el Cambio who are whoring are vaccinated. let’s get an antibody test“.

What did Guzmán say about a possible agreement? / Argentina News

In the Middle East, the illusion of a new era of...

The new strict quarantine in the City: they suspend physical activity,...