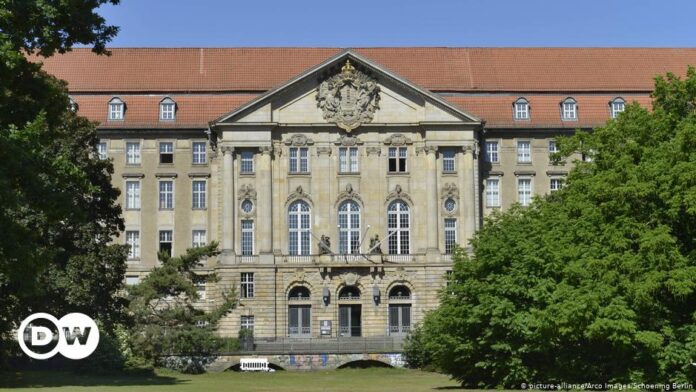 The trial of an alleged Egyptian spy who worked for years as a staffer in the German government’s press office began in Berlin on Tuesday.

The 66-year-old defendant, identified as Amin K., is alleged to have passed information to the Egyptian Foreign Intelligence Service (GIS) between 2010 and 2019.

What is the suspect accused of?

According to the indictment, he allegedly monitored media content while working at federal press office’s visitor service, gathered information for Egyptian intelligence officers and tried to recruit another spy. He is also alleged to have passed on the names of five press office colleagues with Syrian roots to the GIS.

In return, prosecutors allege that authorities in Egypt supposedly offered him preferential treatment. They say the suspect’s mother in Egypt also received help from her son’s handling officer to claim her pension payments.

Two more court dates are scheduled for the trial before the end of the month. Originally scheduled to start in January, the case was delayed because of the coronavirus.

Germany’s domestic intelligence service (the BfV) made the case public in July last year in its wide-ranging annual report on potential threats to democracy.

The intelligence report said federal investigators launched their probe in December 2019. It also noted that Egyptians living in Germany “could become the focus” of Egypt’s GIS and its National Security Service (NSS).

this will be the prices this year / Argentina News

“Polarization favors the concentration of political forces on the fringes of...

A user of TN and La Gente recorded the moment of...

Uber assures that Justice allows him to operate, but the Buenos...

Priest Agustín Rosa is sent to trial for sexual abuse in...

“Polarization favors the concentration of political forces on the fringes of...