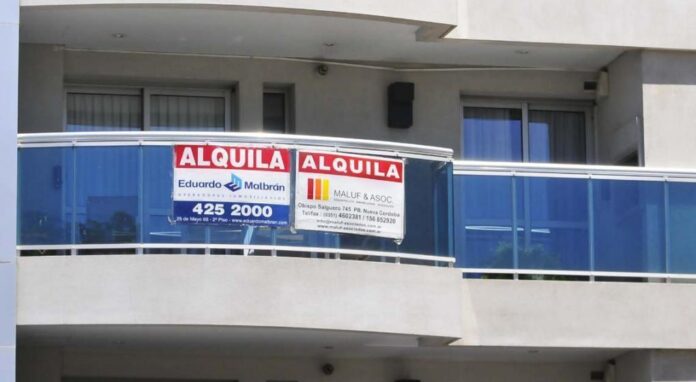 This content was initially available only to our subscribers. Join us!

More than 30 thousand real estate agents in Córdoba and the whole country, grouped in the Federal Council of Real Estate Associations of Argentina (Cofeci), once again demanded that the national government not extend the validity of Decree 320/20 beyond March 31. They suggested, instead, the creation of a series of state relief measures for tenants.

The regulation, created in March within the framework of the pandemic and extended three times, froze rental prices since March 2020 and has also extended the validity of contracts and suspends evictions since then.

The real estate companies insist that it harms the owners, generates a legal uncertainty that paralyzes the activity and is generating a debt of magnitude and very difficult cancellation for the tenant quota that does not pay the rents.

This universe, they add, is a minority: Cofeci’s survey among its associates indicates that five percent of tenants nationwide are not paying their rent (four percent in Córdoba), and another five percent register arrears. The 90, meanwhile, has managed to pay full rent or with facilities agreed with the owners.

From the tenants’ sidewalk – in the voice of the Córdoba Tenants Civil Association – a very different panorama is drawn.

The entity, which within the framework of the national federation that integrates, bid for the various extensions of the decree, ensures that according to its regular survey (they survey between five thousand and 10 thousand people who rent) around 80 percent of the tenants were welcomed in one way or another to the exceptional decree: either he stopped paying rent in whole or in part, or he appealed to the automatic extension of contracts.

In this sense, it highlights that the rule was vital to prevent evictions in the framework of the pandemic and became a tool used by those tenants who could not keep up to date due to the strong loss of income.

Virginia Manzotti, president of the Professional Association of Realtors of Córdoba (CPI) and vice of Cofeci, insisted: “It is a minority segment that adheres to the DNU, and because of it the entire market is paralyzed. What we propose is that those who have real difficulties in paying their rent be treated with specific measures, and that a new extension of the freeze not be incurred ”.

In this sense, the national body approached the national government with a series of proposals, agreed upon in the national plenary, which they held for two days in Rosario.

The real estate agents propose that tenants with needs to fulfill can be assisted by the national State through a subsidy paid through a “Rent card”, which replicates the logic of social plastic destined to acquire basic food (Alimentar card).

“In the same way, we suggest applying the financing programs Now 18 and 24 for those tenants who have generated debts during the extension of the DNU”, they suggested.

Manzotti insisted that the proposals seek that debtor tenants can settle the important liability that they have accumulated since March: “If it is about people who could not pay until now, how are you going to get up to date and pay the current rent? The owners have already helped everything they could, now it is the State that must help ”.

In Greater Córdoba, the latest data from the Indec Permanent Household Survey (third quarter of 2020) indicate that 137,293 homes rent; 25.5 percent of all resident families.

It is worth noting that not all of this universe goes through the intermediation of real estate companies or is formally registered.

Meanwhile, from Inquilinos Córdoba they agree that the debt accumulated in a pandemic by those who rent is important, and they demand state aid for those who must face it. In this sense, they have presented their own proposals for assistance to the national government; an agenda they defend.

“On the other hand, what we are recommending to tenants is that they try to open dialogues and negotiations with the owners, and seek mediation; as proposed by the DNU; which also now gives 12 months to catch up with the liabilities”, said Evangelina Dellarossa, secretary of the Cordoba Civil Tenant Association.

“The freeze was an emergency regulation, justified by the extraordinary context and after a year a new extension is not ideal. But by the time that is extinguished the tenants need a fundamental solution that we still do not have. This is what we demand, this is a collective problem: we are 30 percent of the national population, “added Dellarossa.

And he added that the worst case scenario is that at the end of the DNU the disagreements are massively prosecuted. “That is going to generate huge debts to tenants, who are the most vulnerable part in the rental relationship. And it is going to affect the guarantees, something that neither wants.”

Part of the structural problem associated with housing in the country is the housing deficit, they emphasize from the CPI.

Realtors insist that it has been getting worse in recent months.

“All this freezing regulations that have been extended in an excessive way has helped more owners to give up renting and putting their properties up for sale. We all see them in the Cofeci, the supply of housing has been reduced and that drives up prices, ”said the president of the CPI.

At this point, the real estate companies filed two requests with the public sector.

One of them is to encourage the construction of new homes with the exemption of national and provincial taxes on housing units of up to 60 m2, provided they are rented for at least nine years after completion.

“We also propose to reactivate the delivery of the homes of the different national programs such as Procrear or similar, which has thousands of housing units built ready or to be finished to be inhabited. This would have a very positive impact on families that continue to pay rent while they wait to access the promised house ”, they specified in a document.

In this regard, Dellarrosa said: “Our view is that there is no housing deficit, but rather that the problem is the concentration of ownership. In fact, conflicts in general occur with these concentrated owners or with real estate companies, they are rarely generated between owners who rent a property to reinforce pensions or limited income and their tenants “.

The CPI also demanded the regulation of “social rent”, a figure and a national aid program foreseen in article 17 of the new rent law already in force, whose legal small print has not yet been completed.

This is how they make their EMPLOYEES HAPPY / Argentina News

how Biden will influence the pact with the IMF / Argentina...

Russia says it will offer its vaccine to 700 M people ...

The map of employment and public wages in Argentina: how much...

why do they ask the Central for a hard hand /...

the product hardest hit by the crisis

Billie Eilish calls for vote against Trump in virtual concert

“Right to say goodbye”: they present a project to allow farewell...

Does it make sense to freeze the price of rents?