The National Communications Entity (ENACOM), through Resolution 204/2021 published this Tuesday in the Official Gazette, established that the licensees of Fixed Telephony Services (STF) may increase the value of their retail prices in March 2021 “by up to five percent (5%).”

While the companies providing Internet access They can do the same according to the following scheme:

b) Plans that offer up to 50 Mbps of download speed, Home Segment, of SVA-INT providers with 100 thousand total accesses or more: up to 5%;

The residential cable television subscriptions, whether in postpaid or prepaid mode, the allowed increase is:

a) Plans offered by Subscription Broadcasting Service providers through Physical or Radio Link (SRSVFR) with less than 100,000 total accesses: up to 7%;

b) Plans offered by SRSVFR providers with 100 thousand total accesses or more: up to 5%;

c) Plans or packages of digital services of signals on demand and other additional “Premium”: up to 7.5%.

In the case of satellite television services, the increase in compost will be:

a) Up to five percent for providers with less than 200 channels;

c) of up to 7.5% in the case of plans or packages of c = digital services of signals on demand and other additional “Premium”.

ENACOM clarified that the authorized increases may only be applied by those Licensees who have complied with the provisions in which the previous rate updates were allowed. Nevertheless, the increases do not reach the prices of the Basic Universal Benefits (PBU), subsidized plans that the Government launched at the end of last year aimed at retirees, unemployed and beneficiaries of AUH, among others.

Last year, in the middle of the quarantine, the Government froze the price of telecommunications services and prohibited until the end of 2020 the cut of them for non-payment. Already in 2021, a general increase of 5% was allowed for January, and another of up to 7% in February for those companies that have less than 100,000 total accesses. From the cooperative sector and SMEs that mainly offer this type of services, he raised the need for a new rate update to the Executive.

The Government authorized a new increase, after long negotiations with the providers

Between costs and admissions

As reported iProfessional, all the companies in the sector were presenting their cost structures and requesting higher price increases than those authorized so far. They argue that if these prices are not restored, the sector will put its sustainability at risk, that is, make new investments aimed at improving the quality of service. Connectivity acquired the relevance that, until now, it had not reached sufficiently due to the pandemic.

In fact, in resolution 27/2020 of the National Communications Agency (ENACOM) published at the beginning of the month in the Official Gazette, this situation was admitted. In the fundamentals it is recognized that “the reality of the analyzed segment shows that the greater incidence in the costs It is given by the items of equipment and connectivity understood as the values ​​of the interconnection links to the internet“.

And it continues: “That by virtue of the fact that in the equipment Y connectivity market prices must be credited to value dollar, the analysis of the variation of the exchange rate also becomes important “.

In this way, what was stated by a senior source linked to the negotiation between the Government and companies was confirmed, who assured iProfessional that, the increase in February for SMEs and cooperatives, would be followed by a new one, in March for all players in the sector. The increase reaches mobile telephony, with a universe of about 35 million customers, a service that SMEs do not yet provide.

Unlike the latter, by the third month of 2021 the companies with the greatest weight would have accumulated a price increase of 14%, also far from an increase in costs, similar to that of the rest of the market players. 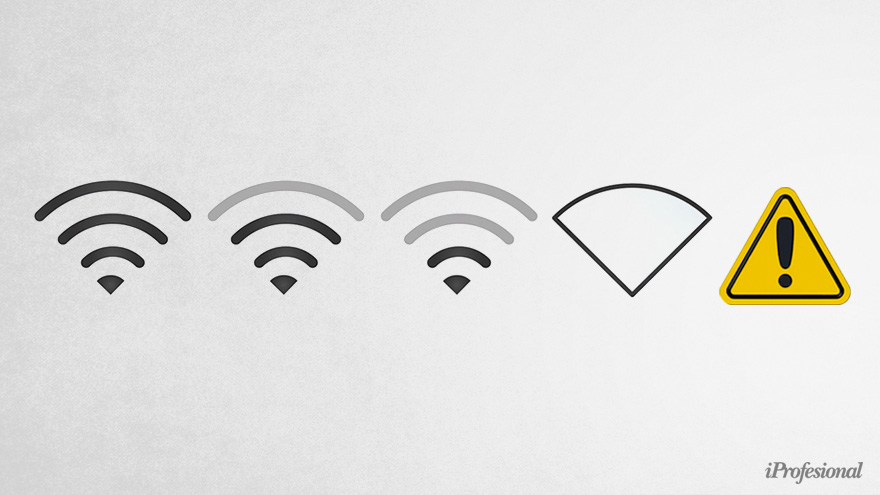 What about the cheap internet?

Another issue that is negotiated in a scenario of marked tension is related to the Universal Basic Benefit (PBU). As reported iProfessionalOne of the first points questioned by the smaller companies was that the prices at which these services should be offered are, in certain cases, below costs, which makes their implementation difficult.

For this reason, it was not only requested that these values ​​be increased, but also that smaller companies be exempted from this obligation. It is not clear at this time if a significant recomposition of that price will imply the fact that they are not exempt. The truth is that there seems to be a certain understanding that, for example, internet subscriptions – 5 mb or 10 mb depending on the area – whose values ​​today are located at $ 700 could not cost less than $ 850 plus VAT. There are those who point out that this floor could be still a little higher. But everything is a pledge of negotiation in these hours.

In the first month of execution of the PBU, some 80,000 users would have requested these benefits at low cost, as reported by TelcosMedia.

The truth is that, while on the one hand, the Government and Grupo Clarín are once again involved in a battle for non-compliance with the increases of authorized telecommunications services, the judicialization of DNU 690 that determined the intervention of market prices in addition to having changed the status of the sector and the festival of statements that is generated around, on the other hand, there is the reality of the companies that have the obligation to guarantee the connectivity, aspect that was never questioned from the private sector.

Guaranteeing rights implies, in this new telecommunications scenario, that the private sector remains healthy. And, as in any prevention strategy, you must have the antecedents without stopping looking ahead. Otherwise the diagnosis may be wrong, malpractice is committed. And you already know the result when this happens.

Coronavirus: they detected a new outbreak of infections in a popular...

What animal do you see in the picture? Amazing personality test ...

Alberto vs Kirchnerism: the internal fight that led the President to...

Wednesday weather: another “summer” day with a maximum of 28 °

We tell you how many there are and when they are

Enrique “Quique” Sacco, a partner of María Eugenia Vidal, has a...

you can do this with the bank’s app / Argentina News