In a context of daily microdevaluations by the official dollar, the gap with the parallel is narrowing little by little. Perspectives

ANDThe blue dollar is trading on Tuesday, February 23 at $ 147 in the selling point, in caves of the Buenos Aires microcenter.

The dollar counted with clearance it is trading at $ 141.32.

As noted above, the Dolar blue is offered to $ 147 in caves in downtown Buenos Aires.

In turn, in the wholesale segment, the US currency opened the wheel at $ 89.43, always under the watchful eye of the Central Bank (BCRA).

At official retail market, the North American currency operates at an average of $ 94.76 in agencies and banks in the city of Buenos Aires, so the saving dollar, which is calculated with the surcharge of 30% of the PAÍS tax plus 35% of the income tax, was sold for around $ 156.36.

According to the usual survey carried out by the central bank Among the main financial entities that operated in the City, these were the sale prices of the official retail dollar:

The Dolar blue, which was sold at $ 147, does not have an official price, but its value leaves the average price in places of unofficial exchange.

For his part, Argentina’s country risk stands at 1,497 basis points.

Blue dollar: what will happen to the price in March?

On these days, the Dolar blue was located at a value of $ 147, so that the gap was reduced to almost 65% of value with the solidarity (official plus 65% tax). While experts see this downward trend in blue as “a momentary and seasonal pause carried forward, to a large extent, by the intervention of official organisms “, the natural question is how long will this exchange rate last?

Before starting to answer the question of what can happen to blue, it should be noted that the market detects 5 main reasons that explain the fall of the parallel throughout these first two months of 2021:

1. Blue dollar and the “illiquidity” effect

Due to the slowdown in the economy due to the drag of COVID-19, people have no rest to spend on savings, in addition to the fact that there are many people on vacation, most of them, within the country, so there is not so much purchase of blue dollars to travel To the exterior.

2. Blue dollar and the seasonal factor

Some argue that the seasonal demand for pesos that began in December last year still continues because, even though the economy is recovering, companies are not selling their merchandise at the rate they would like. Added to this is the fact that, as the financial analyst Cristian Buteler points out, “Argentines have been buying dollars since 2018”, so it does not sound illogical that the appetite for the currency has been calmed.

3. Blue dollar and the lowest issue

The BCRA has been reducing the issue month by month and is receiving dollars for the liquidation of exports and for repatriation for the payment of the wealth tax at the official price, it sells them Cash with Settlement (CCL) and, thus, obtains a better price. Thus it absorbs pesos and puts downward pressure on the price of financial dollars. And, at the same time, the Liquidity Letters (LELIQ) and those of the Central Bank (LEBAC) are being absorbed by securities placements that can only be purchased by institutional investors.

4. Blue dollar and the intervention of other markets

The Government seeks to encourage other types of investments, such as financial dollars with measures such as reducing parking for the purchase of MEP dollars. Furthermore, in the market they perceive that there is a strong climate of control by the Government over the parallel market.

5. Blue dollar and the “expectations” effect

Recent announcements by Minister Martín Guzmán anticipated a more conservative trend in the devaluation of the peso relative to inflation and this had a de-dollarizing effect in some cases. 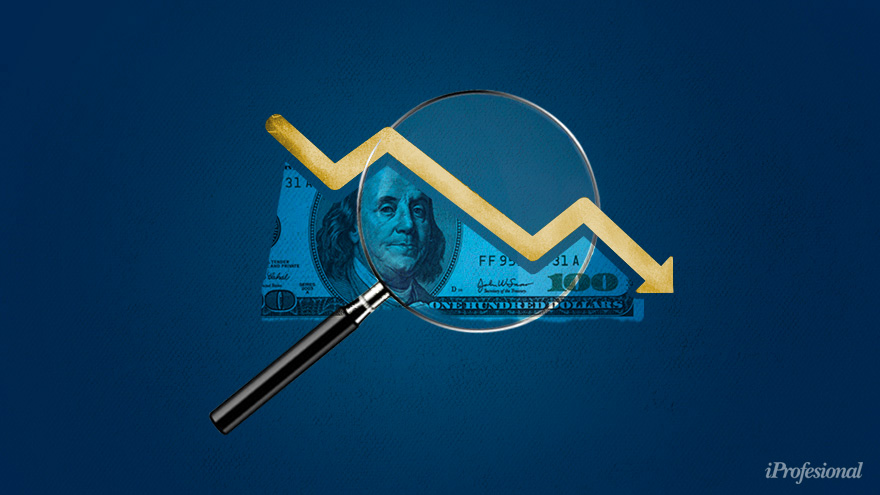 It is difficult for analysts to say what will happen because of the lack of transparency in the blue market.

It is difficult for specialists in the foreign exchange market to predict when the blue will rise again because, according to Sebastián Maril, director of Research For Traders, in Argentina the price moves for two reasons: “The first is pressure of the market for and against, that is, good or bad news (negotiation with the IMF, debt restructuring, economic behavior, the evolution of the vaccination plan, etc.). All this makes the dollar move by itself “.

And, on the other hand, it mentions the intervention that the Government can make. “In this case, taking into account that blue is a very small market that can be quickly altered with an intervention in favor of friends of the Government or against people in the market. change very fast“, he warns.

However, taking these factors into account and with a little knowledge of the dynamics that drive the threads of the foreign exchange market, some trends can be traced.

Marill foresees that, until there is a more accurate picture of what will happen to the Argentine economy, the dollar will be maintained as before artificially.

Nevertheless, does not rule out that in March some change may be seen because the holidays are over, classes start and people can start buying more dollars to hoard as the deal with the IMF is postponed.

While acknowledging that this may be offset by the fact that “the Government has reserves to keep it low with intervention,” in the future it observes that the dollar will inevitably rise. And, as “it is a thermometer of people’s moods”, the classic effect is expected: savers, as soon as they see that it begins to rise, they begin to buy. 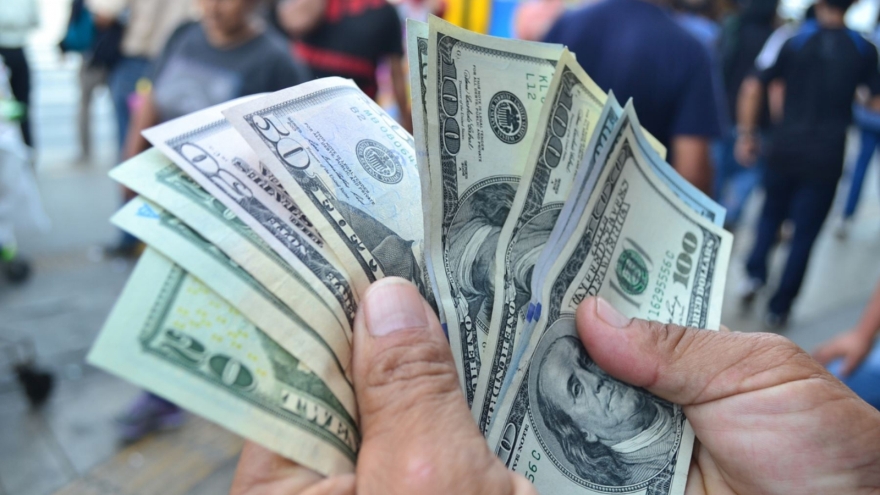 One of the elements that keep the blue down is the high level of dollarization of savings registered in the last three years.

In return, Sergio Morales, author of the Instagram account @guiaparainvertir, considers as “The prices of the different exchange rates are likely to be stable during the first quarter and the beginning of the second this year”.

He argues that this can be kept this way because the BCRA is buying dollars for exports and repatriation of the wealth tax and selling them in Cash with Settlement (CCL) to get pesos and obtaining a better price. Thus, it avoids resorting to a greater monetary issue. He adds that, “to this strategy, the beginning of the gross harvest liquidation is added, which contributes foreign currency to the reserves” and anticipates that, as it is an electoral year, the Government will make an effort to maintain the dollar checked.

In the hands of the government

Finally, Buteler believes that the tranquility of the blue will depend on the measures that the Government takes in a matter of weeks.

In this sense, he explains that, if money is not issued, if it is possible to remove the tax on the solidarity dollar and if they improve the cash (not only with a higher income of pesos, but also with an adjustment of spending so that in the future it is require less pesos for financing), the government has a chance to achieve its objective.

In addition, he points out that the dollar today “is not cheap” and considers that it was pushed to high values ​​by the measures that were taken, for which he foresees that what happens will also be tied to those variables that are in the hands of the economic team.

Coronavirus in Argentina | The City extends expired license terms and...

Brazil’s electoral court will have a hearing on cases that seek...

this investment allows to follow the dollar / Argentina News

ex-President Keïta authorized to leave the country for treatment in the...

Who can request ANSES CREDITS in 60 FEES? / Argentina News

After six weeks of confinement, the Spanish children go out to...

Ranking: the 10 best-selling used vehicles in Cordoba in February

Melconian warns for the dollar: “An outcome is inescapable” / Argentina...