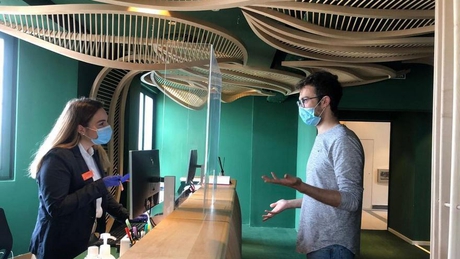 Finish the carnival and, with it, the atypical summer season 2021, traversed from the beginning by the fears generated by the pandemic, the lack of coordination between national, provincial and municipal governments, late decisions regarding opening authorizations, the general crisis. The occupancy level reached 35% at the country level, even though there were a score of destinations that reached and exceeded 70%, which is why the Argentine Chamber of Tourism seeks to resume ATPs for the sector and return the program Pre-trip.

After nine months of being totally stopped, the season started late. The long weekend of December moved thousands of tourists but, in parallel, the infections of coronavirus. Fear made those who had the possibility to take a few days to choose not to do it or, instead, to do it in a fifth house, for the weekend, where it is possible to rest and be away from the crowds.

Although at first it was difficult for him to start, the Pre-trip became a salvation for part of Argentine tourism

Hence, the figures on occupancy levels are one when the basic calculation of total available beds is made on reservations made throughout the country, and when that same calculation is made destination by destination. The same happens when it is noticed that, areas that perhaps did not enter the tourist map of the Argentines, They gained dimension in 2021, which would allow to promote investments in new tourist areas.

“The weekend of carnival ended the summer season. There were very few reservations in specific destinations. We have had a January with 35% occupancy nationwide, although there were between 20 and 25 destinations that exceeded 70% occupancy, “he told iProfessional, Aldo Elías, president of the Argentine Chamber of Tourism.

But just like this list, which is completed with several other destinations, there are others that are there to sing a very melancholic tango. This is what happens to the City of Buenos Aires, which had a very sad 10% occupancy and “A hotel needs 40% occupancy so as not to lose money,” said Elías.

Part of the low average occupancy levels that were recorded in the country were due to the fact that, unlike any other season, February was stronger than January, even though it ended earlier than expected with carnival.

“In February, there was a 70% occupation in the country. Carnival is one of the two most important extra-large weekends of the year, along with Easter. As the contagion curve fell, that allowed February to be very good but very short in time “, said the manager.

This span was a balm for those actors in the sector who received tourists from different parts of the country, such is the consideration of the manager. But the industry in general continues to have a hard time, which is why the Argentine Chamber of Tourism They are in negotiations to re-implement the ATPs for companies in this sector, in addition to the return of the Pre-trip, the program that the Government launched in October of last year to travel through Argentina and that, in exchange, allowed to convert 50% of the value spent on tickets, hotels and other items into credit. 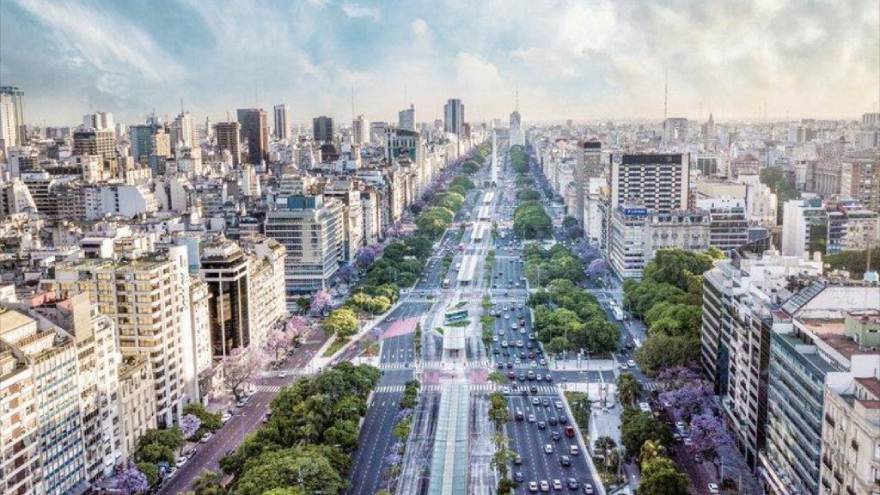 “The Pre-trip worked. We had to take advantage of it and we are trying to get it to be presented again because it is an excellent tool, especially considering that Argentina is the second country in the world in terms of tax pressure. Being able to travel around the country with discounts is a great possibility, “said Elías.

During its term, the Pre-trip allowed 500,000 trips to be purchased for $ 10.6 billion in just two months. It is the reason why, from the entity, they hold negotiations for it to be implemented again, although it is not yet possible to know when. Elías insisted that it is intended that the talks reach a successful conclusion and that all the existing needs at this time be addressed so that the second edition of the Pre-trip is completed as soon as possible.

And there is a clue as to where the guns would be pointing. If the carnival holiday was successful in terms of tourism in Argentina and Easter is the other most important extra-large weekend of the year, it would not be strange that the program is being started for that date, that this year will occur in the first days of April.

If we add to this that the City of Buenos Aires has an 80% vacancy in its hotel industry, it is more than evident the claim of the tourism sector in relation to the need to continue to be promoted so that the different players that make up that industry do not go bankrupt .

Elijah reiterated what the Pre-trip for the sector and, hence, the need for it to be implemented again. “If you want to be realistic, after nine months of income 0, of taking out loans to meet fixed expenses, with this season we do not solve anything. We generate less debt but nothing more than that,” he said.

Regarding the destinations that began to have greater visibility among Argentines, the manager highlighted San Luis, which achieved 77% occupancy in January.

“It is an emerging province, with little tourist infrastructure, which favors high occupancy rates. It is very good that important provinces appear on the horizon, or that provinces such as Entre Rios and Corrientes are consolidated. There are many beautiful things to see and to discover in Argentina and the commitment of governments is necessary to make tourism an economic tool, to generate immediate jobs and the arrival of foreign tourism for foreign exchange, even when it is not yet open due to the pandemic “, he concluded .

In the Lesbos camp, “people have left one hell for another”

will open this Friday to pay RETIRED and AUH beneficiaries

Hotels in Argentina Collapse: How Many Would Close Forever

Emotional farewell to a nurse from San Isidro who died of...

Meeting in Olivos: Vicentin rejected the expropriation and ensures that there...