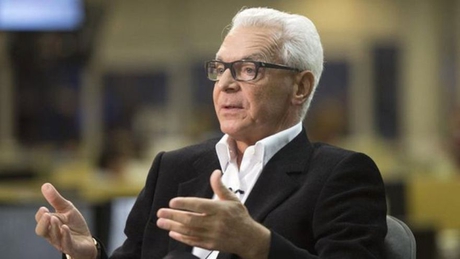 The businessman said that it is “difficult to establish a dollar-peso value that is sustained over time in long-term projects.”

Eduardo Costantini is one of the most successful real estate entrepreneurs in Argentina. One of its major works is Nordelta, a mega-urbanization of 23 neighborhoods where 45,000 people live, in the north of Greater Buenos Aires.

In an interview with Marcelo Longobardi, he reflected on how the covid-19 pandemic impacted the real estate sector and what trends he observed in terms of urbanization. In addition, he referred to the difficulties in investing in the country in the face of the volatility of the economy and the exchange rate.

He also detailed the reconversion of the Museum of Latin American Art of Buenos Aires, of which he is the founder, as a result of the global health crisis.

The impact of the pandemic on urban organization

Eduardo Costantini considers that the covid-19 pandemic and the great confinement worldwide “have changed the needs”, both of families and of cities. The Argentine businessman believes that teleworking drove a migratory phenomenon to peripheral areas, where the demand for houses increased over apartments.

Costantini assures that we will continue to see the impact of these changes in the long term, given that “the pandemic has greatly modified the people’s habitat“.” In the case of Argentina, it is the first time that we have experienced a very significant increase in the demand for houses and land to build them in the middle of a historical economic crisis, “he says.

The Argentine economy and the real estate market

Costantini describes a complex scenario in Argentina, especially in long-term expectations and in terms of investments. Another factor that he points to as a determining factor is the instability of the exchange rate, CNN noted.

Consulted on how to operate in the real estate market in the country under these conditions. According to the real estate entrepreneur, “in Argentina there is the dollar as a currency and the peso is only transactional, to pay for the supermarket or minor expenses.” He added that, therefore, it is “difficult to establish a dollar-peso value that is sustained over time in long-term projects.”

Heading to the universal museum

Besides being at the forefront of large-scale real estate developments, Eduardo Costantini cultivates a great passion for art. In his talk with Longobardi, he recounted how he went from being a dedicated collector to founding the Museum of Latin American Art in Buenos Aires, better known as Malba.

The Malba was affected by the confinement

Costantini says that, more than a museum, “it is a cultural center, because it has independent film, literature and education programs.” Over the years, the Malba has come to host more than 700 productions by Latin American artists. The Argentine businessman recalls that, after its foundation, the museum “became the home of works that had no place, that were homeless.”

As happened with other sectors, the activity of the Malba was affected by the confinement derived from the pandemic. However, its founder says that they knew how to adapt with the proposal of a virtual museum, through a platform where there are exhibitions, talks, courses and interviews with artists. In this way, says Costantini, “he opens the museum to thousands of people around the world.” He adds that “the great museums have experienced wars and other pandemics” and the Malba will not be the exception.

This year they are preparing to celebrate 20 years of existence with new exhibitions and an offer that combines face-to-face and remote activities.