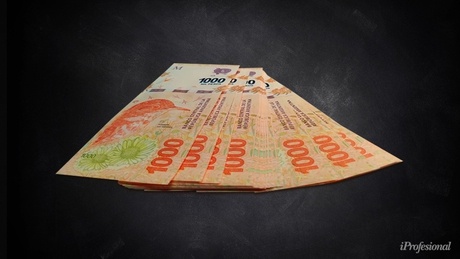 According to the results of a study, in January of this year the cost of living increased by 4.2% compared to December 2020

The monthly study carried out by the City Government assured that a Buenos Aires family needed an income in January 83,499.63 pesos to be middle class, although that figure could be around $ 100,000 if you add an amount for home rental.

Meanwhile, the same survey suggests that a Buenos Aires home needs 54,366 pesos so as not to be poor. This figure is positioned 4.2% above the amount that was needed in the previous December in order not to fall below this line. According to data from the Department of Statistics and Censuses of the Buenos Aires Government, in the month of December the income that determined poverty for a family was 52,181 pesos, that is, almost 2,000 pesos less than the current value.

The report was released on Tuesday and also indicated that for the same family of four do not become destitute, an income of at least 28,791 pesos. This amount rose even more than the previous one, since it showed an increase of 5.4% in relation to December. According to the Department of Statistics and Censuses of the Government of the City of Buenos Aires, in December a family needed 27,304 pesos to avoid being destitute.

The official statistics show the strong rise that many of the basic necessities have had, among which food is included.

What was the year-on-year increase in the basic basket

When the interannual measurement was made, it could be seen that, in the case of the poverty basket, the increase was 38.9%. For its part, the basic basket of indigence suffered a much stronger rise: 44.7%. In this way, it can be clearly seen that the price increase hits the most vulnerable sectors of society hardest.

It should be remembered that next Thursday, both the Buenos Aires Government and the National Institute of Statistics and Censuses (INDEC), will make the index of inflation of the first month of the year. This value is estimated to be close to 4%.

The year-on-year increase in CABA

Regarding the Buenos aires city, the basket that measures homelessness increased by almost 9 thousand pesos – the exact value is 8,889 pesos – compared to January of last year. For its part, the increase suffered by the basic food basket linked to poverty was 15,217 pesos compared to the first month of 2020.

In relation to December 2020, the cost of living increased

What is the amount if the house is added

It is important to note that the so-called CBT includes food and basic necessities, but not the rental of housing. In this way, the amounts mentioned exclude all expenses related to maintaining a home, which are also high and have also increased in recent months.

According to what the official statistics indicate, for that family to stay away from levels of vulnerability and can be considered as middle class, they should have had an income of 83,499.63 pesos, although if rent is added and without expenses, would exceed 100 thousand pesos.

The basket of services and food for a middle class family in the City of Buenos Aires it rose 9.8% last December and reached a cost of $ 120,334.

The survey, prepared by the Center for Education Services and Consumer Advice (CESyAC), warned that the most putualized increases occurred in prepaid medicine, with 10%, fuels with 5.44% and meats with 4.9%. Medications complete with 4.58%, cleaning products with 3.44% and ABL with 1.60%.

While waiting for the release of the National Institute of Statistics and Censuses (Indec) for the same period, the private study emphasized that the rise in the cost of living in the City rose sharply despite the fact that electricity, gas and water rates fell. kept frozen, as did passenger transport and trains.

In the monthly comparison, the price of the basket registered in December a rise of 9.79% compared to November, while between January and the last month of 2020 the advance was 28.53%.

“Of the $ 120,334.44, 77% was allocated to basic services such as rent, taxes and transportation, while 23% was for mass consumption products, such as food and beverages, “CESyAC stressed.

For the analysis, the expenses of a family that rents, has a car, a prepaid medicine subscription and has children who attend a private school and are members of a club. In this way, the final daily calculation that a family needs to live in the City of Buenos Aires amounted to $ 4,011.14.