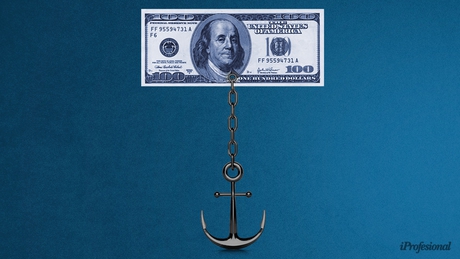 Specialists explain the reasons for the drop in the price of the parallel ticket, which started to cost even less than the solidarity ticket

The parallel dollar dropped to $ 150 and it was positioned below solidarity (official plus 65% taxes). Even, It became, for a moment on Thursday, the cheapest price on the market.

Although it is complex to know what the reasons for the decline in blue are due to the lack of transparency that this market has and, being a small market, small movements can quickly alter the price, analysts detailed to iProfessional the main reasons that explain this situation, which allows us to outline 5 main drivers:

“What those who operate the illegal US currency market are saying is that demand has dropped,” says financial analyst Christian Buteler. What is the reason for this lack of activity in the blue market? This is because they work with the law of supply and demand and, at this time, there is no traction.

As confirmed by Francisco Di Cristófaro, an operator with more than 30 years of experience in the financial sector, there is no money to mobilize the dollar. “The economy is very slow and only the countryside is moving and what is just and necessary in the other sectors“, he points.

In addition, to this situation is added the fact that, even despite Covid-19, there are many people on vacation these days and, most of them, within the country. This means that people who in other years bought blue dollars to travel abroad, today are spending pesos on their vacations and many are even going to exchange their US currencies to pay the expenses of the summer break when they return.

The parallel dollar fell to $ 150, was positioned below the solidarity and even became the lowest price

Another reason is that the seasonal demand for pesos that began in December last year continues. As explained by the economist and director of Epyca Consultores, Martín Kalos, “you feel the lack of money in the summer and that’s why there is a growing need for companies to have cash because, even though the economy is recoveringThey are not selling their merchandise at the rate they would like. ”

Another situation that Kalos points out is that “there is a contraction of the money supply“He maintains that the BCRA has been reducing issuance month by month and that, although this is not strongly felt due to the strong issuance that preceded this situation, it has an effect on the parallel market for the dollar.

Likewise, as Di Cristófaro indicates, the Liquidity Bills (LELIQ) and those of the Central Bank (LEBAC) are being absorbed by title placements that can only be bought by institutional investors.

“Then, all the mass of money product of the emission that was going to dump to the market and that it seemed that it was going to generate a hyperinflation is going to Titles“, he details.

It also “affects the intervention of the Government in the other markets, which is making it begin to decline”, according to Kalos. Let us remember that the National Securities Commission (CNV) recently limited the parking for the purchase of MEP dollars to one day in order to encourage activity in that market and extract pesos from the illegal foreign exchange market.

In addition, in the market they perceive that there is a strong climate of pressure from the Government on the parallel market, which is felt through some raids that have been carried out in the last month and some sanctions and suspensions to companies and brokerage houses for operating outside the restrictions imposed by the Central for the exchange market.

For some experts, the current value of the blue dollar could be considered a floor

All that set of things explains why there is a temporary drop in blue, but analysts see it as “a momentary and seasonal pause carried forward, in large part, by the intervention of official bodies.”

It is difficult to predict when the blue will rise again, however, Buteler says that the dollar has been rising since 2018, which is why “for three years people have been dollarizing to the highest degree.” It started at $ 17 and today is at $ 150, having reached $ 195 on that route.

“You have to see the entire movie and so we can realize that it is very difficult for this situation to continue. If it is sustained, with inflation growing as it grows, the official dollar is on the rise and the official taxes are still current, the blue dollar is likely to follow the same trend, “he anticipates.

Ensures that the blue much more to lower does not have the illegal. “We are within the parameters of what can be considered a flat under current conditions“says Buteler. In that sense, he predicts that, if current conditions hold, the dollar will trend upward.

It is difficult to say when the parallel dollar will rise again, but it is expected that, by March, it will recover some pesos and that, from that moment, it will gradually gain more ground.