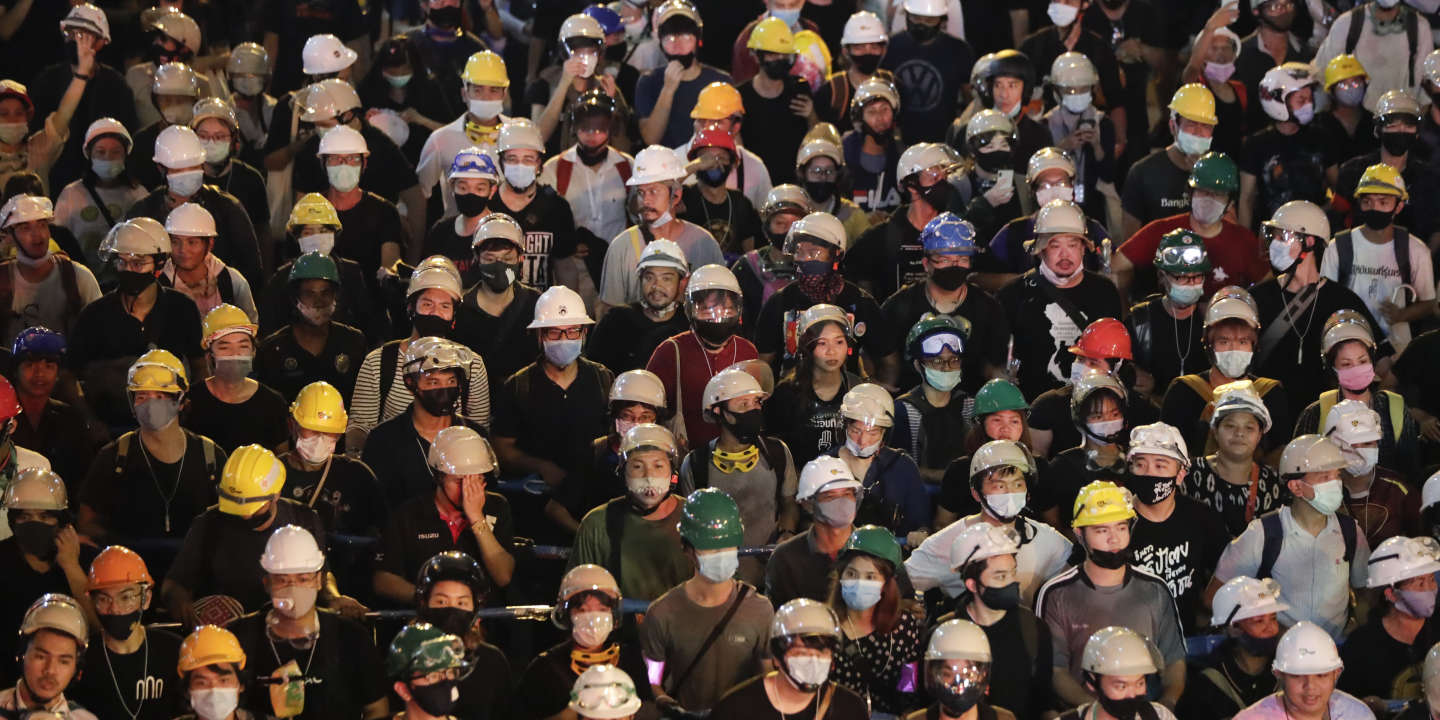 AnalysisA movement of unprecedented scale challenges the fortune, the lifestyle but also the absolutism of King Rama X. By demanding that he conform to the limits of a constitutional monarchy, the protesters are shaking up the Thai throne.

Since the summer, the streets of Bangkok have seen tens of thousands of protesters. They demand not only the resignation of the government resulting from a military junta and the rewriting of the current Constitution, considered undemocratic, but also, and perhaps above all, a “reform” of the monarchical institution. This last requirement marks a turning point in the recent history of Thailand, a country where rulers are almost untouchable personalities.

The key figures of the monarchy – the king, the queen, the crown prince, the regent – are protected by the dreaded and now much criticized article 112 of the penal code, which allows embellishment, for a maximum period of fifteen years, anyone guilty of the crime of lese majesté. Even though this law has not been enforced for a few years, the “liberated” word of the demonstrators could have already earned them many years in prison.

Read the latest information: “We don’t want to overthrow royalty, we want to adapt it to society”: thousands protest in Thailand

King Maha Vajiralongkorn Bodindradebayavarangkun, 68, known by his dynastic name Rama X, is a divisive personality, whom a significant number of his subjects regard – to put it mildly – with some bewilderment. In addition to his powers, considered exorbitant by supporters of the pro-democracy movement, the sometimes provocative behavior of His Majesty, who spends most of his time in Germany and who many reproach for not having been concerned about the fate of his subjects since the start of the Covid-19 pandemic, crystallize a protest of unprecedented magnitude among youth and university campuses.

Rama X is currently in Thailand. He is expected to stay there until next year, breaking his records for length of stay in his country. There is little doubt that his decision to settle in his palace in Bangkok for several months is the direct consequence of this movement which shakes the foundations of the kingdom and worries the circles of the monarchy.

The king, the army and the clergy

Royalty is the keystone of a system which is based on the alliance between the king, the army and the Buddhist clergy. This structure ensures the sustainability of an oligarchy that controls an economy dominated by several large Sino-Thai families. “The monarchy and the army have been in symbiosis for a very long time, the latter needing the former to establish its legitimacy”, notes Matthew Wheeler, Thai policy scholar and Southeast Asia analyst at the International Crisis Group, a research center specializing in conflict prevention.

You have 83.8% of this article left to read. The rest is for subscribers only.