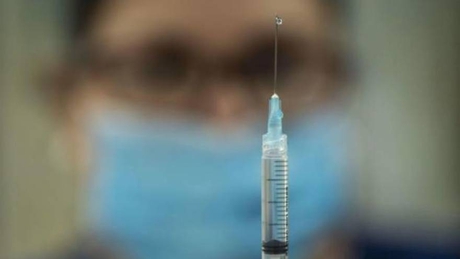 The vaccine was developed by the AstraZeneca laboratory and the University of Oxford; the President would make the announcement starting at 5.30 p.m.

In the last hours it was learned that the president Alberto Fernandez would announce that Argentina would produce vaccine against the coronavirus that developed Oxford University together with the Astra Zeneca laboratory.

As it has become known, the announcement would be from the Quinta de Olivos at 5:30 p.m.

Everything that is known about the Oxford vaccine

The coronavirus vaccine is one of the main objectives of a part of the scientific community today. Around the world there are several investigations in progress, although all are still in the early stages of study.

One of them is in the hands of the Oxford University And, in fact, it is one of those that has made the most hopeful advances. This week the progress findings so far were shown. Anyway, it should be clarified that there are also other works that have also shown positive progress.

The first results of a Phase 1/2 trial, published in The Lancet, suggest that the coronavirus vaccine developed by the University of Oxford and the AstraZeneca laboratory is safe and induces an immune response. However, the researchers stressed that more studies are needed to find out if the vaccine protects people against the virus.

This development elicited a response from antibodies within the 28 days and a T cell response within 14 days, based on known results. Neutralizing antibodies were detected in most of the participants after one injection, and in all of them after two.

The researchers considered this to be good news. One of them said: “The immune system has two ways of finding and attacking pathogens: the antibody and T-cell responses. This vaccine is intended to induce both, so that it can attack the pathogens. virus when it circulates in the body, as well as attacking infected cells “, according to what was published in CNN.

“We hope this means that the immune system it will remember the virus, so that our vaccine protects people for a long time. However, we need more research before we can confirm that the vaccine effectively protects against infection by SARS-CoV-2“he added.

It is important to note that the vaccine did not have serious adverse effects; only some patients reported fatigue and headache. Injection site pain, muscle discomfort, general malaise, and feeling of fever were also adverse effects mentioned by some participants.

While the researchers assured that the results of this phase were encouraging, they also recalled that large-scale trials are needed to determine if the vaccine protects against the coronavirus.

A study of Phase 1 usually studies a small number of people and focuses on whether a vaccine it is safe and elicits an immune response. In Phase 2, the clinical trial is expanded and the vaccine It is given to people who have characteristics similar to those for whom the new vaccine is intended, according to the US Centers for Disease Control and Prevention. In Phase 3, finally, the vaccine is administered to thousands of people and its efficacy and again its safety are tested.

The trials of phase 2/3 of the vaccine Oxford and the laboratory AstraZeneca eThey are currently underway in the UK, Brazil and South Africa, and the next phase studies are expected to begin in the US as well.

It is important to note that the laboratory has ensured that it has the capacity to produce 2 billion doses of the vaccine.

The companies Pfizer and BioNTech They are also working on a vaccine against Covid-19 and this Monday they shared some of their results. They reported that its development elicited a “strong” antibody and T cell immune response in the study, which is still in phase 1/2.

The data has not yet been published in a medical journal, but they were made public in a preprint document on the online server medRxiv.org.

The findings reflect earlier data among American participants in the study, which was announced earlier this month.

It is encouraging that the data from the German study cohort is very much in line with what has been seen in the US study sample. This has been stated by one of the directors of the BioNTech laboratory.

“Preliminary data indicates that our vaccine based on MRNA fIt is capable of stimulating antibody and T-cell responses at remarkably low dose levels, “he noted in a news release.

The statement also notes that there were some local reactions and mild to moderate adverse events, including some with flu-like symptoms and injection site reactions. All events resolved spontaneously and were managed with simple measures, while there were no serious events reported.

It is expected that a Phase 3 vaccine trial, which could involve up to 30,000 healthy participants, start at the end of July, if you receive regulatory approval, BioNTech and Pfizer stated.

The father’s dream that was achieved with the children

Longonardi warned about the possible dangers of cyber patrolling

How to know if it IS OR NOT

why bond payments are at risk / Argentina News

What are Germany′s deportations rules? | Germany | ...

The banner against the expropriation of Vicentin, on the covers of...

Facundo Manes: “People who are in quarantine participate in the greatest...