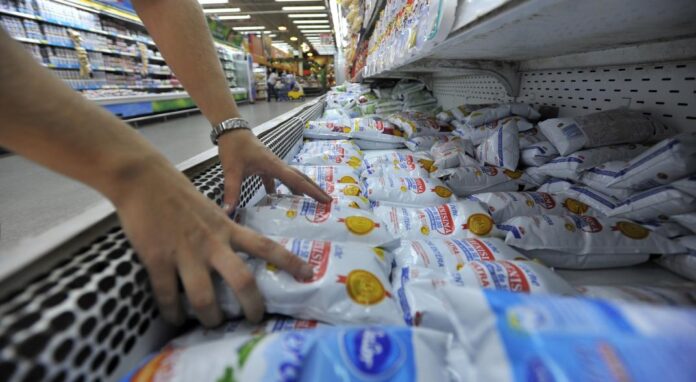 The national government sent Congress a project to establish a 10.5 percent rate of VAT on different types of milk. And the controversy was served on whether it involves a greater or lesser tax.

The initiative is going in the right direction. Today, only one variety of the product (pasteurized milk) has zero aliquots, which has not been sold in Argentina for years (the most consumed is 21 percent). In other words, in practice milk was left out of the basic basket, which is taxed at 10.5 percent, and this law would correct that situation.

What is striking is that the project’s arguments criticized the elimination of VAT on 14 products, a decision that the previous government had taken in mid-August 2019 and that was not renewed in January this year.

What was pointed out to justify it is that the exemption did not reduce prices. On the contrary, the policy of maximum prices was maintained, which, under different names, has been implemented for years.

It is worth stopping on this consideration contrary to all logic (lower tax, lower final price). At a time when inflation is rampant (it was 53.8 percent in 2019), the impact of any cost reduction (such as a low tax) will not necessarily be seen in a decrease in the nominal values ​​of the products. Most likely, the effect is that these prices will not rise as they would have if that decision had not been made.

There could also be a recovery in the trader’s margin, although this will be limited by the momentum of demand (restricted in recession).

The cost is paid by the consumer

What is certain is that an increase in the tax burden on any link in the production, distribution or marketing chain will end up impacting the pocket of users and consumers. This applies to any good or service: from milk to electricity; from fuel to labor.

And when the price goes up, the demand for that product or service goes down. Depending on how essential that consumption is, if the demand drops enough, instead of collecting more, the higher taxes reduce the State’s income. A paradox, if you will, that the economist Arthur Laffer pointed out in the 1970s with his famous curve, in which he compared collection with the aliquot of a tax.

Inflation and its impact on the basic needs of the population are, without a doubt, an issue that the State must address. But state intervention can take several forms: some generate the conditions for a new market equilibrium at the desired price and volume; the others impose distortions and cause imbalances that are impossible to sustain over time.

Beyond this period of quarantine (which is exceptional and may distort the analysis), the reduction or tax exemption for products in the basic basket are measures that they have a less distorting effect on price than maximum values.

It should not be forgotten that the impact is limited and will be no more than a palliative short if the macroeconomic problems that are at the bottom of inflation are not attacked, which will take years to correct and should be addressed once and for all.

The original text of this article was published on 08/04/2020 in our printed edition.

Before the quarantine, Naranja accumulated profits of almost $ 1.3 billion

Coronavirus in Argentina | The City closed nine bars for violating...

Alberto Fernández will face a tough negotiation with the bondholders who...

“Positive in coronavirus”, a matter of prepositions

How much do the official, the blue and the tourist cost? ...

In the first semester, Facebook doubled its income: it earned 10.081...