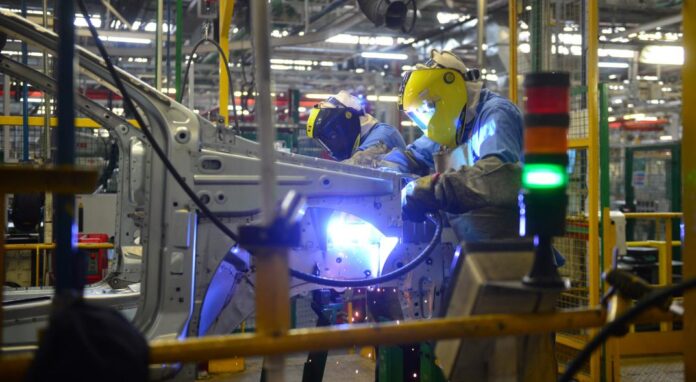 Karina Corradi is one of the five brothers who run the Antares SRL cutting tools and carbide factory and heads the Córdoba Oil, Gas and Mining Cluster. When asked about what the last few months have been like for his business, he sums it up very graphically: “Your body hurts.”

“It is a lot of effort to be able to hold everything. You are aware of the pandemic and of the care you have to have, but at the same time we have to stay on our feet and sometimes you feel like you are going against the grain, because those who set the rules may not have the problems that our pocket has “, Corradi mentioned.

A report by the Association of the Metallurgical Industry of the Argentine Republic (Adimra) puts this “pain” in numbers: in the first semester, the metallurgical sector suffered a fall of 20.5 percent nationwide. In Córdoba the drop was even more pronounced, at 26.8 percent.

Similarly, a study prepared by the Economic Trends consultancy for the Chamber of Metal and Industrial Industries of Córdoba (Cimcc) shows that between April and June the activity of the auto parts industries and of the refinery and foundry plants was less than half of the levels prior to the appearance of Covid-19.

In this context, agricultural machinery appears as the only oasis within this desert: its activity indicator is 166 points, well above the 95 points of the first quarter of the year.

The data collected by Adimra at the national level coincide with those of the Cimcc: agricultural machinery is the only item that grew at the national level, with a 1.2 percent rise in the first six months compared to the same period in 2019. In contrast, foundry and auto parts fell 29.7 percent and 28 percent, respectively.

Under this scenario, the problem is that the businessmen of the sector still cannot observe a light that allows them to get out of this well.

For Corradi, in addition to the sanitary measures that are being taken to avoid further infections of the new coronavirus, it is also necessary to have an economic horizon that clears the way for business men and women.

“We cannot all focus 100 percent on the pandemic and the health aspect. We must see how we can continue to function. What do we do, do we risk buying supplies or not? We need a signal, measures beyond the pandemic to be able to envision some future that allows us to continue enduring today, “stressed the businesswoman.

In his case, which has the oil sector as one of the main clients, the outlook is difficult because fuel consumption fell sharply due to quarantine and because the main firm in the sector – YPF – presents strong delays in payments to suppliers, what the whole chain suffers.

For his part, the president of the Chamber of Metallurgists, Eduardo Borri, is confident that the automotive industry could begin to drive activity in the coming months, thanks to the reactivation of Iveco, the production of Fiat, the improvements planned in Nissan and the start of manufacturing the Renault Alaskan truck.

In addition, he estimates that the agricultural machinery, with high weight in the interior of Córdoba, will continue on the upward path.

“The problem is the uncertainty that continues to generate the pandemic. In Marcos Juárez, for example, we had to stop almost three weeks. Small and thriving places are not exempt from having any affectation ”, summarized Borri, owner of the Metalfor and Bertotto Boglione firms in that city.

In general, employers’ expectations are cautious. In a survey by Economic Trens in early July, 44 percent said the economy would start to recover after the pandemic, and 33 percent that it would worsen. Likewise, 68 percent estimated that they will have a demand equal to or greater than the current one.

At the same time, the percentage of those consulted that foresees modifications in their structures is also great: 44 percent acknowledged that they will have to make changes in their production processes, 30 percent will incorporate technologies and 43 percent will have to change products, clients and / or markets .

Nationwide, 37 percent of entrepreneurs expect an increase in their production, while 41 percent are waiting for a fall, according to the Adimra survey.

Regarding employment, the Adimra report revealed that it fell 2.7 percent in the first half, with 44 percent of companies having to reduce their workforce.

From the Córdoba section of the Unión Obrera Metalúrgica (UOM), Secretary General Rubén Urbano expressed concern that the statistics do not take into account informal employees and that the large number of people who are not working because they belong to risk groups.

“As the situation normalizes, we probably have a more reliable picture. There are many companies that today are only supported by ATP (Emergency Assistance to Work and Production). You don’t know what will happen when that is no longer there, ”Urbano lamented.

The original text of this article was published on 08/04/2020 in our printed edition.

Do you want roll? / Spain News

in which shares of Argentine companies to put silver / Argentina...

The journalist who spoke with Maradona before his death tells the...

The debt restructuring agreement, on the covers of the country’s newspapers

Saturday weather: sunny and pleasant in the City of Buenos Aires

Paraguay closes bridge with Brazil for transit of people due to...

The autopsy commissioned by George Floyd’s family determined that he died...