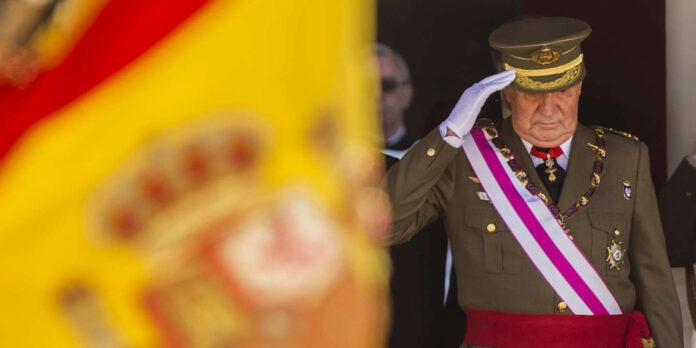 Leave to save the monarchy. Erase himself to protect a crown he had helped to restore. Splashed by business, the former king Juan Carlos announced Monday, August 4 that he was leaving Spain in order to spare his son, the current sovereign Felipe VI, the humiliation of the repeated scandals of which he made the ‘object.

“Guided (…) out of the conviction that I am rendering the best service to the Spaniards, to their institutions, and to you as king, I inform you of my considered decision to leave Spain at this time “, wrote the former ruler, quoted in a statement from the royal household. Decision taken before “The public consequences of certain past events in my private life”, he added.

The Supreme Court prosecutor’s office in June opened an investigation into Juan Carlos to determine whether the former king could be investigated in a case of alleged corruption during the award of a high-speed train contract. speed by Saudi Arabia, the latest episode in a long series of revelations that have tarnished the reputation of the former monarch.

The Spanish government initially chose not to comment. Sources close to the Prime Minister, Pedro Sanchez, spoke of “Respect for decisions” taken by Felipe VI and underlined the“Exemplary” and the desire to “Transparency which has always guided the king since he was the head of state”.

Article reserved for our subscribers Read also After the revelations about the hidden fortune of his father, Juan Carlos, in Switzerland, King Felipe VI repudiates him

The scandals of Juan Carlos, 82, were of growing concern to the executive. In early July, Mr. Sanchez had walked out of his reserve to feel that the news about the former monarch was “Disturbing” and “Disturbing”. The head of government was due to speak on Tuesday (August 4th) after the cabinet meeting.

The second vice-president and leader of the radical left-wing Podemos party did not wait. “Juan Carlos de Bourbon’s flight abroad is an attitude unworthy of a former head of state and leaves the monarchy in a very delicate position”, Pablo Iglesias said on Twitter, asking that the former ruler be “Held responsible for his actions”.

The same goes for the Catalan independence groups, which are very anti-monarchical. “Spain has one less thief (…) the bad news is that he will not end up in prison or before a judge but in a villa in Santo Domingo “, declared the parliamentary spokesperson of the Republican Left of Catalonia (ERC), Gabriel Rufian.

You have 64.84% of this article left to read. The rest is for subscribers only.

Why charge Saudi crown prince MBS in Germany? | Germany | News and in-depth reporting from Berlin and beyond | ...

Pilay will invest $ 630 million this year in its developments...

Bolsonaro sanctions with 14 vetoes a law that seeks to protect...

Cars or km: for the first time in more than three...

Sheraton: restructure or close, the alternatives for the hotel in Córdoba

For Ferreres, the economy will fall 13% this year and one...

The failed romance between Armando Manzanero and Luis Miguel / Spain...

Melania Trump says goodbye to the White House with her latest...