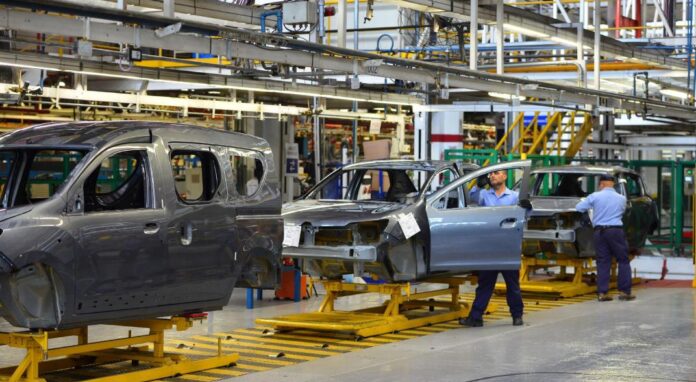 Automotive terminals in Córdoba consolidated their exit from quarantine due to the Covid-19 virus, stabilizing their production rate. What they cannot get out of is the uncertainty generated by the pandemic in the economy.

After a bad year for the market, as it was 2019, with almost 440 thousand new units, the industry hoped to close 2020 finding a floor of 400 thousand vehicles. The closings of factories and dealerships and the shrinking of the market made us foresee that the drop would be up to 250 thousand patents.

But when the easing started, between the end of May and the first weeks of June, a new phenomenon appeared, which was the difference between the official dollar price and the value in the parallel markets. This lowers the price of vehicles for those who have dollars on hand, which triggered sales in June.

After two years of decline, patenting in June increased 2.3%

But from the outset, the industry understood that this increase was unsustainable – in fact, it lasted only a month – and in this context today the industry cannot clearly determine what volume the market will reach this year, that is, if it will be located closer to 250 thousand vehicles or if it will reach 300 thousand.

In this scenario, the terminals check the production plan practically month by month, which for now will remain stable from now until the end of the year.

Fiat Chrysler Automobile (FCA) is the only one that for now will make a slight increase in production, since it will add two to three more days of production per month.

From the release of the quarantine until last month, the factory where the Cronos comes from worked seven days a month; between August and September it will produce for 10 days, according to the company.

At its Ferreyra plant, the company produces per day at an average rate of 310 units per day. Therefore, monthly manufacturing will rise from an average of 2,170 vehicles to more than 3,000.

The objective is to meet the demand for savings plans, where the main product is Cronos. Although orders did not return to pre-crisis levels of the 2018-2019 cycle devaluation, it shows signs of recovery with more regular payment levels.

In Santa Isabel, meanwhile, the two automotive terminals work every business day but with a reduced workday of six hours, which could go up to eight hours only if demand in the market improves, according to the French company.

Renault Argentina produces between 161 and 165 vehicles per day (around 3,400 units per month) of the Kangoo models, in their versions (utility and passenger) and the Sandero, Logan and Stepway range.

In any case, the Renault line will be suspended throughout this week as its supplier of gearboxes in Chile, a member of the group, stopped manufacturing due to the pandemic.

On its 65th anniversary, the factory has its chips set in the last quarter of the year, when it will start manufacturing the Alaskan truck, both for the domestic market and for export.

Its partner Nissan Argentina will also sustain in the months that follow the rhythm it achieved with its Frontier truck once it stabilized its production line.

The company manufactures 15 units per hour working every business day, which adds up to almost 1,900 pick ups per month, both for the domestic market and for exports.

According to the announcement made by Pablo Sibilla, president and CEO of Renault Argentina, between Alaskan and Frontier, the production line of Santa Isabel trucks will add 40 thousand units a year once it is consolidated, which should be expected only by 2021.

The last terminal to enter production was Iveco, which as of today began a manufacturing plan of 880 units until the end of the year, which implies an average of 176 trucks per month.

LEANDRO BÁEZ pointed against CRISTINA: what did he say / Argentina News

the Latin vote disappoints the democrats

Uruguayan singer Jorge Drexler confesses that he had a coronavirus, but...

IBERIA is the new owner of AIR EUROPA: what changes now? ...

What do you see first? This test reveals something about...

The death of Sergio Denis, on the covers of the country’s...