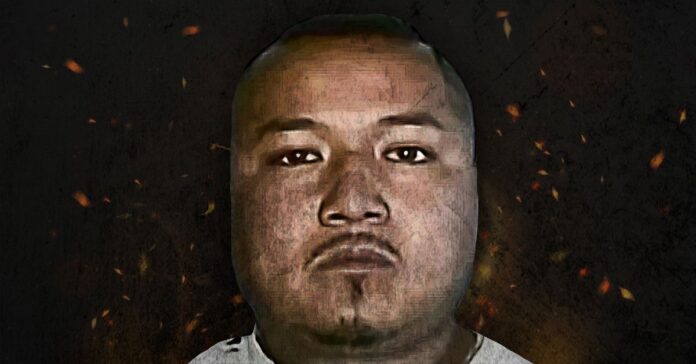 José Antonio Yépez Ortíz, alias “El Marro”, alleged leader of the Santa Rosa de Lima Cartel, He was transferred by the authorities of the Attorney General’s Office (FGR) of the Puentecillas prison, in Guanajuato, after having given his statement to the authorities.

On August 2 the capo he was detained in the municipality of Santa Cruz de Juventino Rosas in an operation carried out in collaboration with federal and state authorities.

In accordance with Millennium, around the medium security prison, a security operation was implemented with more than 50 trucks that guarded the place.

Later, the drug trafficker will be sent to the El Altiplano prison in the State of Mexico, in approximately three days, according to the newspaper Reform.

“The Marro” has been singled out for years as the main operator of fuel theft (or huachicol) in the state, in addition to being related to kidnapping and drug trafficking at the head of one of the most important cartels in the country.

During this Sunday’s operation Eight collaborators were also arrested and a businesswoman who had been kidnapped was released., reported the Ministry of Defense of Mexico.

The operation carried out in the central state of Guanajuato covered two properties located in the small municipality of Santa Cruz de Juventino Rosas, of 80,000 inhabitants and located just 15 kilometers from Villagrán, the city where the Santa Rosa de Lima Cartel emerged.

“El Marro” was located in one of them, who turned 40 on July 23 and was one of the most wanted bosses by the Mexican authorities for being the head of a criminal organization dedicated to hydrocarbon theft, drug transfer, extortion and kidnapping.

His capture represents the biggest blow to drug trafficking to date by the Government of Andrés Manuel López Obrador, president since December 2018.

Along with Marro, Saulo Sergio “N”, nicknamed “El Cebollo”, who is allegedly his chief of security, and four other members of the Santa Rosa de Lima Cartel, were also arrested.

Similarly, In the same house a business woman was found, originally from the nearby municipality of Apaseo El Alto., who days ago had been kidnapped.

They were also found five long guns, three short guns, a grenade launcher, a pick-up car, an ATV, a motorcycle and a suitcase with money, the amount of which has not yet been disclosed.

In the other building, others were located three alleged members of the cartel, one of them with a previous arrest warrant, and 36,400 Mexican pesos in cash (about $ 1,654).

The first signs of Marro’s criminal life dates back to 2010, when he was arrested for robbing cargo trucks, but was released and switched to the theft of hydrocarbons from the pipelines of Petróleos Mexicanos (Pemex) in Guanajuato, where the Salamanca refinery is located, one of the largest in the country.

“El Marro” accumulated power and strength because fuel theft was for years one of the largest criminal industriesUntil the government of President López Obrador ended a succulent business of 65,000 million pesos (about 2,888 million dollars) annually and the persecution of the cartel began.

In the Huachicol era, as the theft of hydrocarbons in Mexico is called, “El Marro” escalated to second in command of the criminal group and for 2017 He was already in charge of the cartel that bears the name of his community, located in the municipality of Villagrán, Guanajuato.

In his criminal career, Yépez turned to the family that he made the pillar of the CSRL structure to feed a network of complicities as widespread as the oil pipelines that cross dozens of communities in Guanajuato.

* With information from EFE

“Who betrayed me?”, The question that still tortures “Marro”

The release of Ovid and the capture of “El Marro”: the episodes that have marked AMLO management

More than 22 million pesos for a “not very good receipt”...

Coronavirus: in full quarantine they defended the thesis, 10 were taken...

Business and coronavirus: are we really facing a “black swan”?

Automotive Córdoba: what measures did they take to produce in the...

There were two new explosions in the Villa Crespo perfumery

They warn that the “saddest week in the lives of Americans...