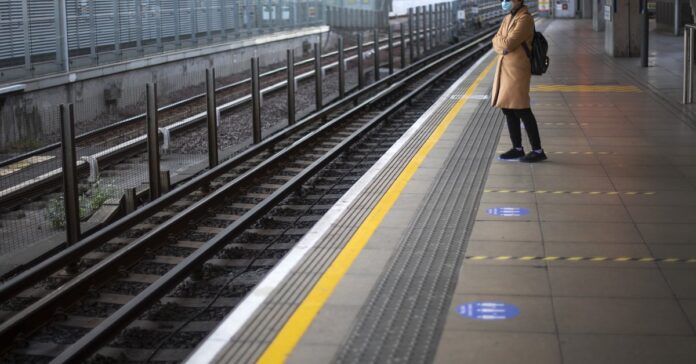 The health authorities of the United Kingdom have reported this Tuesday that in the last day 670 new cases of COVID-19 and 89 deaths have been confirmed, which places the total number of deaths at 46,299 since the start of the pandemic in the country.

The confirmed cases since the start of the pandemic are now 306,293, according to data from the British Ministry of Health, which has carried out 158,666 tests in the last day – out of a total of 12.4 million.

At the moment, 1,153 patients are admitted to the country’s hospitals, of which 77 are in intensive care units and need respirators. In total, since the start of the pandemic, 131,412 people have been admitted.

This Tuesday, the leader of the Labor Party, Keir Starmer, has urged the British Prime Minister, Boris Johnson, to face the coronavirus crisis or prepare for “a long and devastating winter”, according to information from the newspaper ‘The Guardian’ .

Starmer has stressed that the Labor Party has made a “constructive” opposition in the midst of a pandemic and has admitted that no one could have managed the situation “perfectly”. However, he noted that the Government has been “acting very slowly” on numerous occasions.

Downing Street, in his view, has not been quick enough to impose confinement measures, to carry out massive test drives or to make necessary protective equipment available to health workers.

“Despite the possibility of additional local quarantines and a second winter wave, there is very little indication that ministers are preparing for what is coming,” he lamented before adding that “it is time to solve problems and reduce cases. “

For him, the priority now is to “reopen the schools” for the new school year. “Young people cannot afford another damaging change like the one in June. The government must establish a clear plan in this regard,” he said. “You have to make difficult decisions: governing is choosing,” he riveted.

The Solidarity Wardrobe of the famous is inaugurated / Spain News

Hotel secrets: the woman behind the Windsor, a family asset

Devalued companies: all Merval’s leading shares are worth just one fifth...

“Armenia believed in the myth of Christian Russia”

Half a million tourists have a Summer Certificate: how to get...

Why International Girls in ICT Day is celebrated

“Removing Trump is an emergency of the utmost importance” / Argentina...