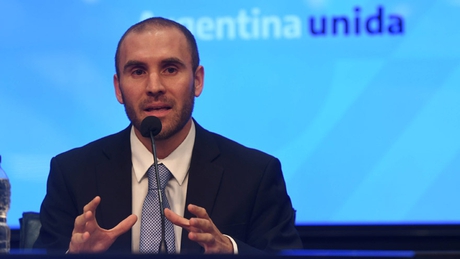 The final agreement reached between the Government and the majority of external creditors to reprofile the sovereign debt, brought some peace of mind to the crazy businessman worldl, harshly punished for sanitary measures to combat the Covid-19 pandemic that have generated a strong economic and financial crisis in the country.

Without showing exaggerated success or optimism, businessmen consider this to be the first signal to attract investment since, until now, there had been no signs favorable to the entry of capital into the country’s economy.

They add that the debt restructuring will allow the government concentrate effort on the guidelines of an economic plan that allows to remove the country from the current crisis, and the companies to continue accessing international financing.

They also consider that the arrangement is a necessary condition, although not sufficient to start a growth stage in which the country can think ofrecovery rates of the economy even with rates of 2% or 3% per year.

So they warn that the task is long and it is not limited only to this agreement with a certain sector of external creditors, taking into account that the impoverishment of Argentina in the last 10 years reaches 40% of GDP measured in dollars and that the current economy is much smaller.

Already with the previous offer made by the Minister of Economy, Martín GuzmánThe local establishment had already spoken out in favor of a friendly deal, but had warned of the need to face a comprehensive recovery plan for the country.

They made it from a statement from the G6, which brings together powerful industrial, business, agricultural and bank chambers and in which they defended the proposal because they understand that it combines the country’s growth possibilities with the fulfillment of the contracted obligations and clears the uncertainties of the financial horizon.

The agreement with the creditors, key for the integral development of the country

Now, they add that the agreement will be key for the integral development of Argentina and builds an alternative that improves the objective situation of the local economy by offering a horizon of payment of its obligations to foreign creditors.

Another of those who had already shown his optimism for the Government’s strategy is Miguel Acevedo, President of the Argentine Industrial Union (UIA), who had already anticipated the concretion of the agreement.

The Cordovan industrialist and also owner of General Deheza Oil Company (AGD), ensures that the resolution of this problem will allow to begin diagramming a productive investment process that guides Argentina towards its economic reactivation.

“After this agreement, there must be an aggressive investment stage like the ones that the country has not had for many years, “said Acevedo.

Similarly, José Urtubuey, one of the owners of Celulosa Argentina and member of the UIA Executive Committee, described the agreement as “positive” to clear the issue of external debt and direct the deal with the IMF and the rest of the international financial organizations.

He also considered that “it allows thinking not only in the short term, but also in the medium and long so that both the public and private sectors can get reasonable financing. ”

In the case of companies, for Urtubey it is essential since it will be important for companies to access the international markets, This is more so considering that two thirds of the productive matrix depends on external inputs. 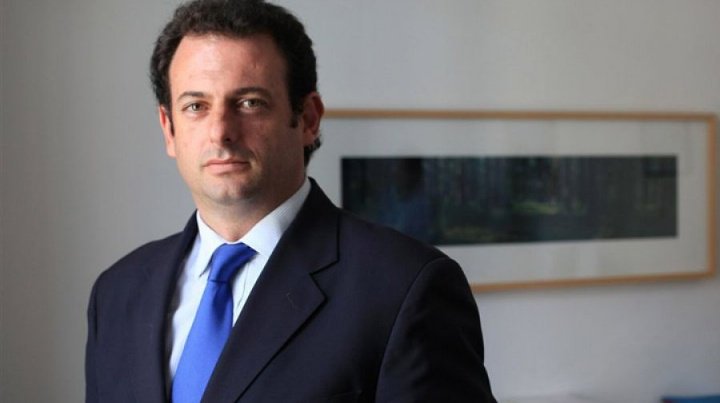 José Urtubuey, member of the UIA Executive Committee, described the agreement as “positive”

“It has been important that businessmen accompany the Government in the proposals to the creditors because they were reasonable and in line with sustainability and with the need to start thinking about recovery and facing the way out to continue growing as a country, “argued Urtubey.

Meanwhile, Ignacio Noel, owner of the Morixe food company, also used the word “positive” to qualify the agreement and to enable “to open lines of financing for investments, such as those of export credit insurance agencies for machinery suppliers. ”

In the same food sector, Martín Cabrales, from now on it is essential that the Government focus on the launch of an economic plan that has as a base and as a support the productivity and the federal industrial framework.

“The agreement will allow a greater possibility of financing for both the private sector and the state and to be able to think about the post-pandemic plan,” said the vice president of the coffee-making company that bears his last name.

From the energy sector, support was also expressed to the Government for the agreement to understand that will mean much less financial stress for Argentina.

“Short-term maturities are postponed and future interest is decreased“say spokesmen for one of the energy transmission companies in which they add that, by having the new debt performing, it allows the government to go back into debt, if they lend to it.

“Now, we will have to face fundamental reforms like those of public spending, labor and social security laws, “says José Montaldo, an analyst in the electricity sector.

Similarly, Gustavo Castagnino, manager of Public Affairs of Genneia, returns on the access of companies to global financial markets. “It is very important that the government reach an agreement with creditors to allow private businesses they can continue to obtain financing abroad. In addition, it is key to be able to ensure the payment of the debts already contracted, “highlights the executive.

Financially, the view is similar. At least for Miguel Arrigoni, head of the consulting firm First Capital, called the deal “obvious” considering that the positions were “very close”.

“Although it is the best thing that can happen to the country, The Government has a long and hard way to close with the bonholders and the IMF and also to recover the economy from all the internal problems that we suffer “, details the financial analyst.

In this sense, he calls for a strong, robust, credible plan to be faced “that will give us back stability and progress and take into account that our currency today is the dollar and not the peso because any plan must be based on that premise first in order to later be able to recover the value of our own currency. ”

To this he adds the demand to face other delayed domestic reforms such as money laundering, changes in the tax system and abandoning projects that scare investors, just like the so-called wealth tax.

Coincidentally, Damián Pozzoli, one of the partners of the Inverlat fund, assures that the agreement is the first sign in favor of investments and that the greatest impact will be for companies “which from now on will be the first to return to the markets.”

The executive warns that without agreement with external creditors, many investments were at risk and expansion plans defined for the coming years and in need of international financial assistance.

Anyway, Pozzoli points out that the Government still he has the task of expanding the agreement with the IMF, its main creditor. And in this sense, he anticipates that problems could be generated since the international organization will ask the Government for a series of adjustments within an inflexible program in which the authorities will not find it easy to move.

“It will cost him a lot to agree on a plan and sell it to the hard wing of Peronism and to demand, for example, a reduction of the deficit or a labor reform, “adds the partner of the fund, which, among others, is in charge of the coffee shop chain and maker of alfajores Havanna.

Zoe Kravitz and Karl Glusman divorce after 18 months of marriage ...

How much is the luxurious car worth? / Argentina News

why do you think inflation will be 50% / Argentina News

The gastronomic, in crisis: they say that “the delivery is not...

The Government authorized the Covishield vaccine, produced in India / Argentina...

Nicaragua: Sandinistas without an act of revolution by COVID-19