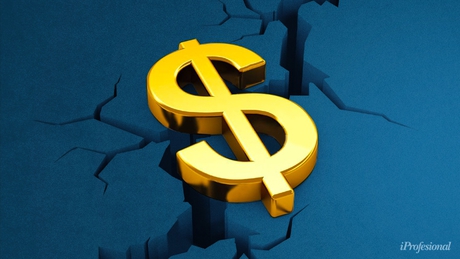 According to AFIP figures, more than 24,000 companies disappeared during the first five months of Alberto Fernández’s term.

In the midst of the global crisis caused by the coronavirus, it is not surprising to hear that thousands of companies are closing in one country. But in Argentina, the arrival of the pandemic simply accelerated a process that was already happening.

The country is going through a deep recession since 2018 and during the mandate of Mauricio MacriMore than 24,500 SMEs had already closed, according to the AFIP employer registry.

The problem worsened with the arrival of the covid-19 last March and the decision of the new President Alberto Fernández to decree one of the longest and strictest quarantines in the world, which forced non-essential businesses and companies to close their doors for months. AND it’s not just national firms the ones that are pulling down their blinds.

Marcos Novaro, director of the Center for Political Research (Cipol), told BBC Mundo that this “business massacre” could deepen. That medium even warned that the current crisis could be worse than that of 2001.

Before the coronavirus arrived, multinationals like Telefónica, Nike, Wrangler and Lee They had announced that they would stop operating not only in Argentina, but in several South American markets considered unprofitable.

The Bloomberg agency recently reported that the Chilean airline Latam, the manufacturers of car paints BASF from Germany and Axalta from the United States, as well as the French auto parts company Saint-Gobain Sekurit They decided to stop operating in the South American country.

Honda Motor stopped making cars in Argentina in May, although it continues to manufacture motorcycles, according to a local automotive industry chamber. 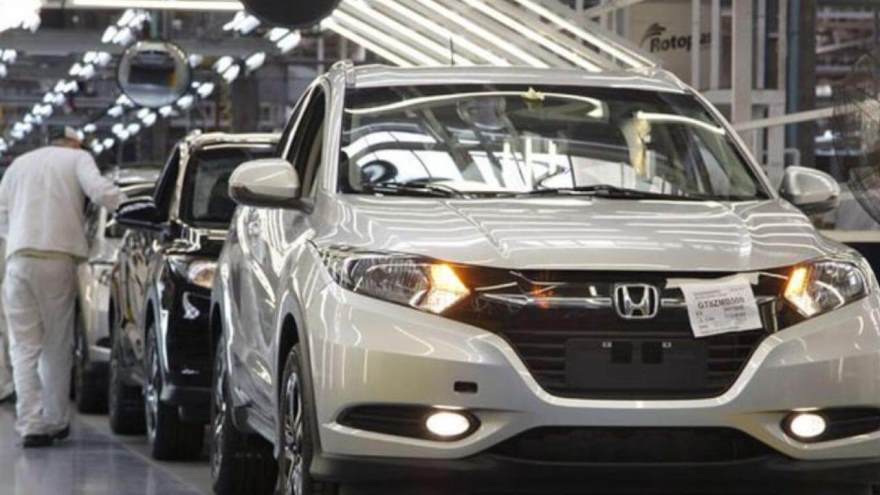 American Airlines and Delta Air Lines some routes to the country are being finalized. AND Alsea, which operates fast food franchises in the region, has closed 37 cafes Starbucks.

Other case is Gerresheimer (German packaging producer for the pharma sector that sold its Argentine operation to local IMAP), according to the consultancy First Capital Group.

In addition, many of the large companies that sit still are neglecting investment projects: Volkswagen and Ford Motor They canceled their plans to make trucks in Argentina.

According to Bloomberg, “doing business in the third largest economy in Latin America is too complicated and unprofitable, even without taking into account the coronavirus pandemic.”

The clearest example, points out, is the one from Latam, which decided to stop operating cabotage flights in the country, after 15 years, not because of the crisis that airlines worldwide are experiencing due to the pandemic, but because of its satiety with what the company called “the constant conflicts” of its Argentine operation.

These included a long and hard confrontation with the aeronautical unions, one of the most combative in the country, who organized strikes that “caused significant losses”.

The airline also complained about state interventions that harmed them, such as the creation of a new “solidarity tax” that applies to air tickets for destinations outside Argentina.

The case of the Chilean airline is not unique. For decades foreign companies They have complained about the difficulties and lack of predictability they face when trying to do business in Argentina.

“Which companies are leaving or Argentines want to leave the country has to do with the rules of the game that discourage development, growth and create big problems that we accumulated over time, “noted renowned political columnist Sergio Berensztein recently.

“The quality institutesHe is Argentina’s big problem“he said in statements to Radio Miter.

To these structural problems are added the cyclical economic crises that the country is going through, which cause the local currency to collapse and the inflation trip, affecting the profitability of the business.

All this explains why even a government considered a pro-market, such as Macri’s, failed to attract foreign investment that he had promised.

In essence, many experts summarize, the problem is lack of trust generated by the country.

Although President Fernández inherited many of the problems he faces today and he also had the good fortune to have to deal with a global crisis Like the one generated by COVID-19, its critics claim that it worsened the picture with many of the decisions it made during its scarce half a year in power.

An example is that of huge external debt carried of its predecessor, but that it has not yet been able to renegotiate, causing Argentina to fall for the ninth time in default or default, a scenario that many believed was avoidable.

Another setback that his detractors blame was his announcement that he would expropriate the main grain mill in Argentina (and one of the main agro-export companies in the country): Vicentin, which entered bankruptcy proceedings for the alleged mismanagement of its owners, accused of “emptying” the cereal factory, as indicated BBC World.

The strong popular rejection caused by the initiative, including several mobilizations, led the government to Go backwards with your decision.

One of the protests against the expropriation of Vicentin, initiative that the government later decided not to carry out. 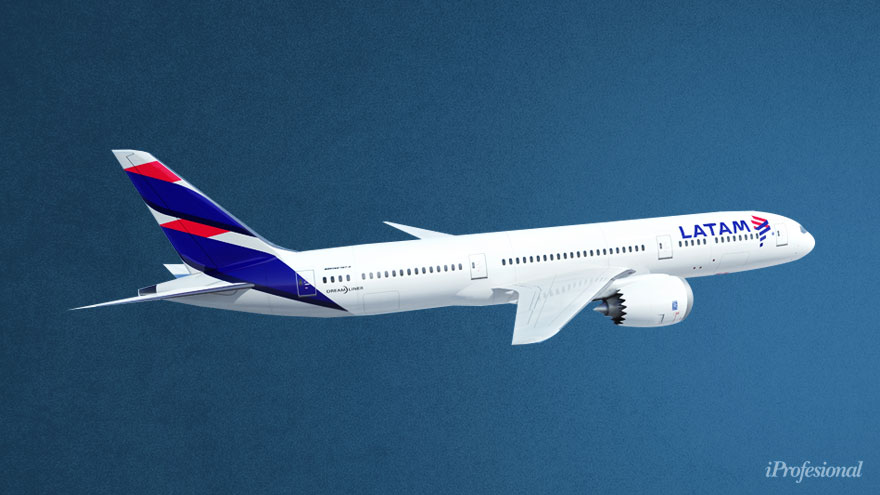 According to Bloomberg, both this failed attempt and the fall into default have been frowned upon by foreign investors.

Fernández, who usually exalts the role of a strong and “present” state, has also had confrontations with local business.

Last march called entrepreneurs “miserable” They warned that they would fire personnel due to the crisis caused by the coronavirus. “I will not let them do it,” he anticipated, before approving a decree prohibiting layoffs and suspensions.

The decree, which lasted two months, has already been extended twice, and is in force until the end of September.

All this has led both Bloomberg and other economic actors to consider that Fernández’s government is “anti-company”, an accusation that the president emphatically rejects.

The president, who in recent weeks has had conciliatory gestures with business leaders – something that was criticized by his vice president, Cristina Kirchner- He maintains that his support for the private sector is clearly seen through the “enormous effort” made by the State to help companies during the pandemic.

Through the Work and Production Emergency Assistance Program (ATP), the State has been subsidizing 50% of the wages of more than 2 million workers of private companies.

The State also created a fund of some $ 730 million to facilitate access to bank loans for SMEs.

Given the impossibility of accessing external financing, the government has had to print money to be able to provide this aid and today it finances half of the state public spending with monetary emission, something that could eventually exacerbate inflation.

The government has millions of pesos printed to help businesses during the pandemic.

However, many of the chambers that group different sectors have warned that help is not enough.

Furthermore, experts warn that in a context in which tens of thousands of employers are not generating income For five months, the ban on firing or suspending workers has been extra pressure that will lead to thousands of other companies going bankrupt.

Labor costs are the main expense of any employer. For this reason, Vauthier warns, “if that possibility of reducing costs the risk is that the company closes. ”

In this way, says the economist, with the intention of protecting workers your job source is being put at risk.

“The most complicated companies are the little ones“, he emphasizes, which is a great problem, given that SMEs generate 75% of employment in the country.

Some analysts caution that the closure of companies it’s worse of what happened during what until now had been the most serious economic crisis that Argentina suffered in its history: that of 2001/2002.

Marcos Novaro, director of the Center for Political Research (Cipol), told BBC Mundo that during that crisis some 20,000 companies closed, less than those that have already disappeared in the first half of this year.

The political scientist warned that this “business massacre” could deepen.

The lawsuits against companies they could finish sinking some that managed to survive, warns Novaro.

“When the Power of attorney (which has been on the fair since the beginning of the quarantine, in March) many SMEs could face a gale of lawsuits from suppliers, lessors and others who demand non-payment, “he said.

Few companies that managed to survive these months will be able to face these expenses. 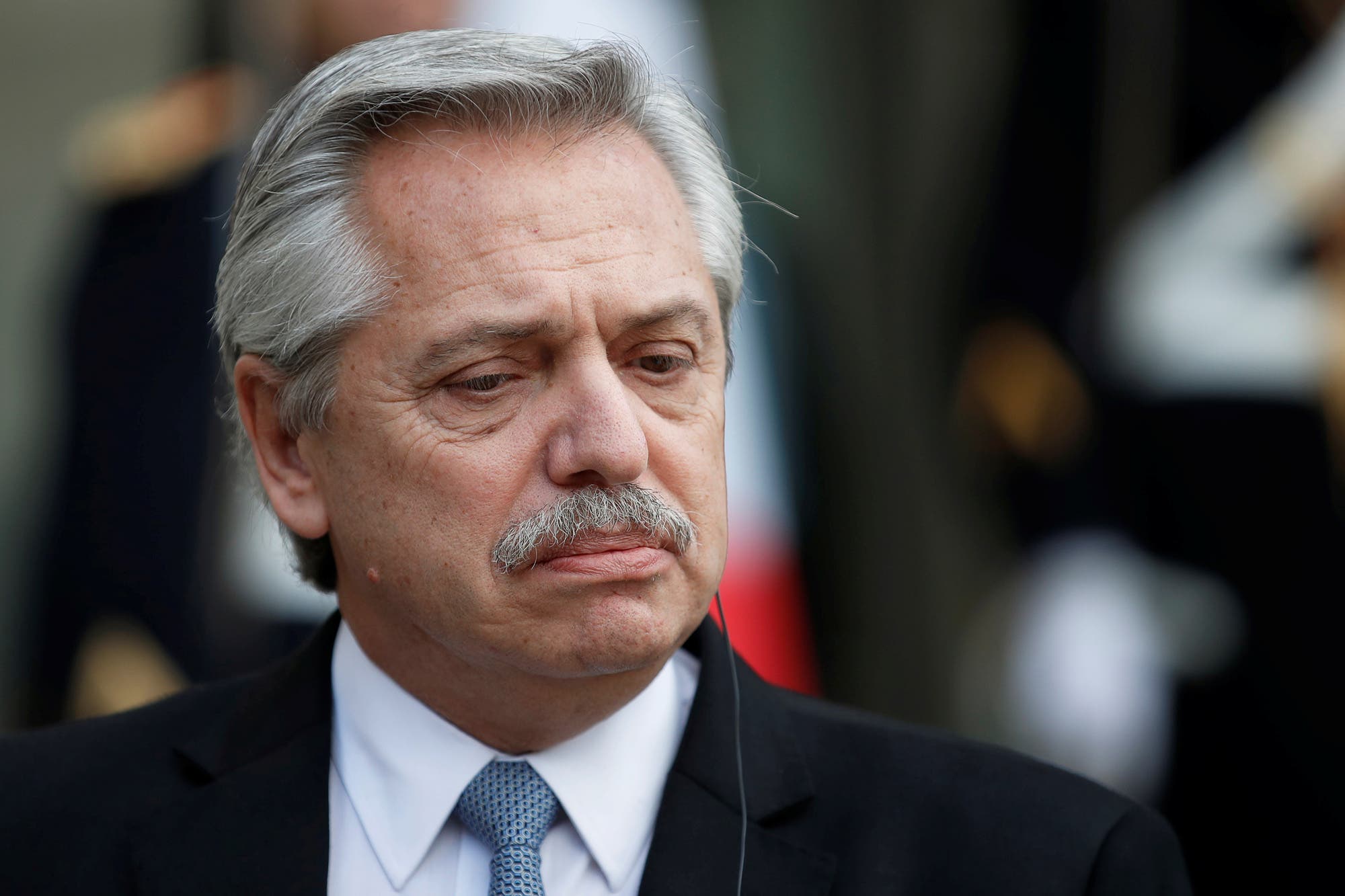 Bloomberg characterizes the government as “anti-business”.

But the factor that most discourages many entrepreneurs to continue, says Novaro, is the “lack of future perspective”.

The lack of state resources to finance domestic consumption and restrictions on the exchange market, with a parallel dollar which already doubles the value of the official dollar, are two of the main factors he cites.

These negative perspectives, he points out, explain why some multinationals they are leaving and thousands of local companies they are throwing in the towel.

The more companies close, he adds, the harder it will be for the country to recover.

Employment: more hires are expected in the Córdoba region

The emotional tribute of TN and La Gente users to the...

They evict a shopping center due to the avalanche to see...

Guatemala predicts some 9,567 deaths from coronavirus by October

How many real cases of coronavirus had one of the most...

The gastronomic, in crisis: they say that “the delivery is not...

Buying in Group sealed an alliance to substitute imports

Attention if you plan to fly by plane: there will be...

The entire province of Jujuy returns to phase one due to...