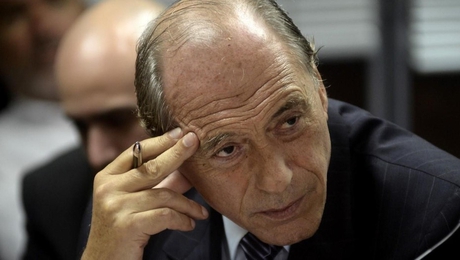 According to the former judge of the Supreme Court of Justice, “the levels of poverty will increase and it will be necessary to prepare a draft of the State”

Former Supreme Court judge Eugenio Raúl Zaffaroni He warned that there will be an increase in poverty and insecurity as a consequence of the effects of the coronavirus pandemic and considered it necessary to rethink a new state model, as well as “a new Constitution”.

“Poverty levels will increase, it will be necessary to prepare a draft of the State; The 1949 Constitution is not enough for us, we need something more, “said the member of the Inter-American Court of Human Rights during a Cycle of Digital Talks organized by the group Populism K.

In this sense, he completed: “From every crisis of this nature a State model emerges; from the one in 1929 the New Deal came out and from here a new model of the State will come out. ”

“It is essential, a new Constitution is inevitable“emphasized the former minister of the Supreme Court.

In this regard, the former magistrate argued his position when considering that you cannot “have a Constitution that allows one day a man who wins an election by a vote to indebt the country in billions of dollars that enter on the one hand they go to tax shelters for another “.

In another order of things, he opined on the growing crime wave and predicted that the situation it will “flare up in the coming months”.

“If we respond to universal rules, a crisis like the one this disaster is going to produce always increases property crimes. It is inevitable, “he said.

“A new Constitution is essential, it is inevitable,” said the former minister of the Supreme Court.

Furthermore, Zaffaroni charged against journalism considering that in addition to insecurity “social communicators are going to flare up, the deformers of opinion, all those beasts that appear instigating revenge. ”

“If you go to prison you find it full of the poor, what is it for? It is because our highly stratified societies have different levels of training, that is to say in a villa you do not learn to make an off shore company or to avoid taxes and the one who by his social class learns to do that does not know how to remove the wallet from the one who goes next to him in the bus, “he emphasized.

Furthermore, he harshly questioned the penal system, considering that it is “selective” not only for “criminalize, but also to victimize”, and defined the call for a heavy hand as a “populace campaign of revenge” that “catches on” in certain sectors of the citizenry and that the result is: “overcrowded prisons” where there is more risk “of infections, diseases, violence” .

He president Alberto Fernández presented at Casa Rosada his judicial reform proposal so that the magistrates do not act “according to the political climate”, amid criticism of the administration of the former president Mauricio Macri on the matter and sectors of Comodoro Py.

The project consists, on the one hand, in the merger of the Federal and Criminal and Economic jurisdictions, and on the other, the creation of an Advisory Council made up of eleven “jurists of undisputed recognition”, that it will have the “task of rethinking the operation of the Judicial Power and the Public Ministry”.

“We seek to overcome that the decision-making power is concentrated in a small number of magistrates, who have the ability to decide in almost all cases with institutional and therefore media relevance,” said the national president.

The bill that he will send to the Senate is called “Federal Justice Organization and Competence Law, and creation of the Advisory Council.”

Point by point, the reform

– The Federal Criminal Justice with seat in this Autonomous City of Buenos Aires, through the consolidation of the Criminal and Federal Correctional and Economic Criminal jurisdictions.

– Each of these Courts will henceforth act with one of the two secretariats that they currently have. The rest will become the secretariat of 23 new courts that will join to finish forming the jurisdiction.

– It is encouraged that the new Federal Criminal jurisdiction start operating as soon as possible. For this reason, it has established a system of subrogations that seeks maximum transparency in the temporary appointment of magistrates, in which the National Chamber of Cassation in Criminal and Correctional Matters, the Council of the Magistracy and the Senate of the Nation will be required to provide the corresponding Agreements for those who are subrogates.

– The unification of appeals chambers and creating oral, prosecution and defense courts so that they join the new scheme that has been designed and give it the best performance. 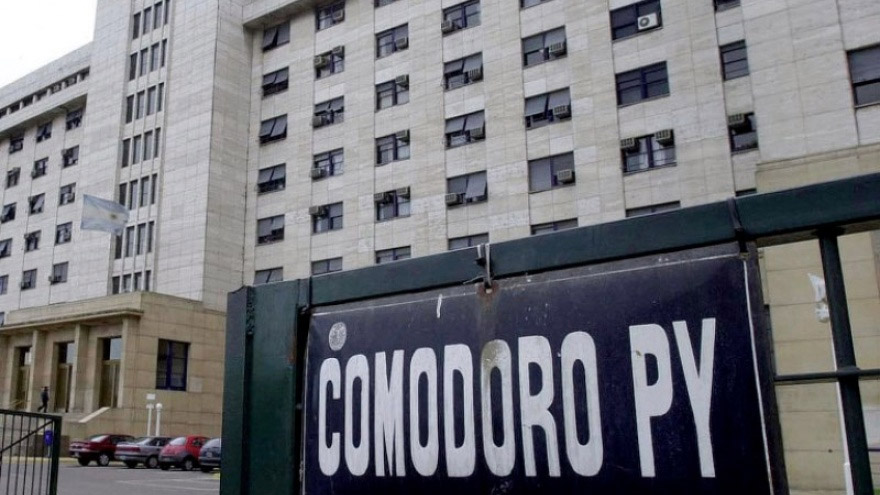 The proposal was presented amid criticism of sectors of Comodoro Py

– The competence to investigate and judge all of the cases is transferred to the Autonomous City of Buenos Aires. non-federal crimes committed in their territory, thus completing the process of transferring criminal powers that is still pending since 1994.

– It also seeks the full unification of Federal Civil and Commercial matters with that which is characteristic of Administrative Litigation.

– The strengthening of the Federal Justice inside the country.

– The consultive advice for the Strengthening of the Judicial Power and the Public Ministry. To this end, jurists of undisputed technical recognition have been used.

– This Council shall submit to the President’s consideration, concrete proposals on the topics that concern better Justice administration.

– From your recommendations will come bills that the National Congress must debate. 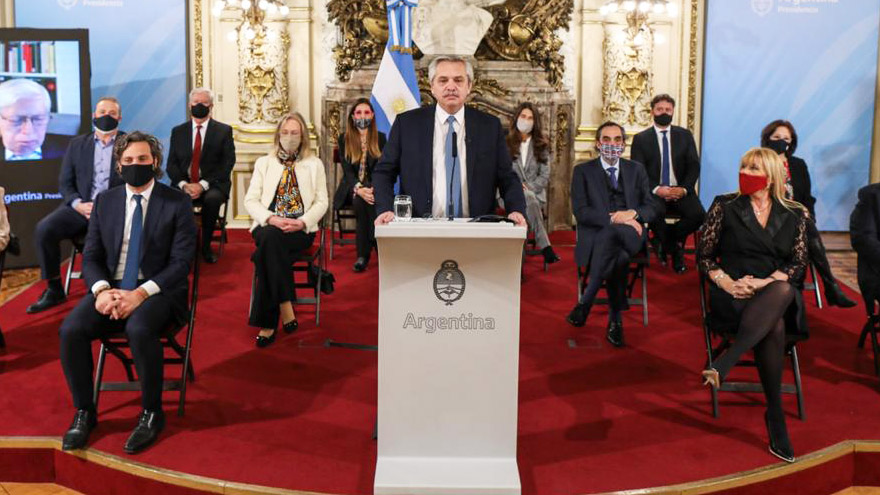 The project will be sent to the Senate

Details of the President of the legislative proposal

With this, the President detailed the objectives of his legislative proposal that contemplates, among other issues, changes in the federal courts and fundamentally of the Supreme Court of Justice and the Council of the Magistracy.

In the White Room of the Casa Rosada, Fernández pointed to the government of Mauricio Macri and maintained that in those four years “the questioning of judges who were independent became everyday. ”

“Procedural arbitrariness was gaining ground at the expense of the rules,” stressed the head of state, while assuring that “doctrines made their way” on preventive prisons that formed a “system of early penalties”, for which “the principle of innocence and defense were violated. ”

At the same time, he said that the project seeks to leave behind “the manipulation of procedural times“carried out by many judges and” pendular Justice “.

“There is a manipulation of procedural times, promoting or stopping them depending on the prevailing political climate, which is called Pendulum Justice“the president stated.

About him Consultive adviceHe explained: “It should raise concrete proposals for an improvement in the administration of justice.” “No one can be surprised” with this proposal, said the president, rejecting criticism from the opposition. The bill that he will send to the Senate is called “Federal Justice Organization and Competence Law, and creation of the Advisory Council.”

Marta Luisa from Norway thinks about the law that prevents her...

this is the big problem that companies now have

Brazilian markets sink after WHO says coronavirus is a pandemic

how much do the OFFICIAL, BLUE and TOURIST contribute to?

Ship carrying 4,000 tonnes of oil stranded in Mauritius threatens to...

In Gaza, Hamas announces “deal” to end “escalation” with Israel

What time should you have dinner if you want to lose...

He complained about paying 7,750 pesos in a grill and Twitter...