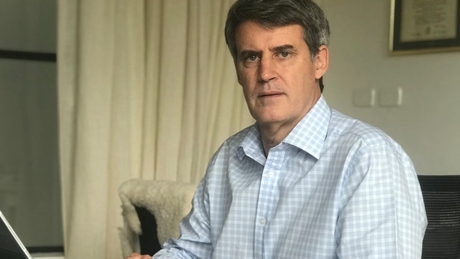 The former finance minister and finance minister, Alfonso Prat-Gay, was critical of the agreement reached in the last hours between the government and the creditors of the debt and considered that “a better agreement could have been reached.”

In a message published on his personal Twitter account, he indicated the case of Ecuador as an example, in which, according to what he said, it was agreed “faster” and with “greater relief of interests, longer terms and capital withdrawals.”

They criticized him on the networks

The statements of Prat-Gay, who held the post of minister from December 2015 to December 2016, contrasted with those of other personalities who also had economic responsibilities during the Macri government, such as Hernán Lacunza, Guido Sandleris and Luis Caputo.

Stop fucking around, Alfonso. Really. in 4 months. Comply with all CACs, without 1 trial, without going through courts, aligning all types of investors. they all bought at different levels.
– Gordon Hueco (@GHueco) August 4, 2020

@Carrous_el: Haha Ecuador arranged a NPV of 70% and coupons for 6%. Argentina is a much better arrangement. He believes that lowering his pants completely, as he did when he was minister, means a good arrangement.

@PatricioBarton: It’s true Alfon, you can always do better. A little more capital could have escaped during your unforgettable management. But still many escaped. Thank you very much.

@Tendencia_Peron: You could not have paid the vultures what the vultures wanted, too. Ask for 2 pizzas, so you fill your mouth with something other than the words of a scoundrel

@giomagalu: It would have been better not to take an unpayable debt based on colored mirrors and fallacies of which you were an accomplice, right? Hopefully as an opposition they can really make a constructive contribution, but waiting for them to keep their words is much more difficult than closing a debt agreement.

Dollar in Colombia today: price of the Colombian peso to the...

Quarantine: He left his house to go to the supermarket and...

Only with “delivery”, the retail trade resumed sales

Bergamo estimates that the real deaths from coronaviruses are more than...

These are the apps that have more information about you /...

Who are and how do those in charge of determining whether...

New consumption: this is how McDonald’s goes out on the hunt...