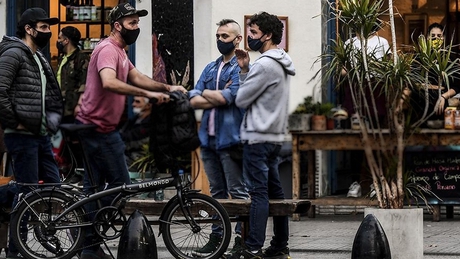 The Secretary of Access to Health, Carla Vizzotti, announced that the measure will be implemented from tomorrow through a decree to be signed by the President

Social gatherings will be prohibited for the next 15 days throughout the country, in accordance with a decree of necessity and urgency (DNU) that will sign this Monday the president Alberto Fernandez, as part of the start of a new stage of isolation.

This was confirmed today by the Secretary of Access to Health, Carla Vizzotti, during the morning report of coronavirus cases in the country.

The decision is part of the social, preventive and mandatory isolation (Aspo) stage, which will continue unchanged in the Buenos Aires Metropolitan Area (AMBA) from tomorrow until the 16th of this month, in phase 3, beginning on Last July 18, due to the increase in infections and deaths from coronavirus in the last 15 days.

Vizzotti supported the government’s decision in the fact that an increase was observed “important“of cases of Covid-19 in the provinces who went from Aspo to Dispo (preventive and obligatory social distancing).

“That is why in the DNU tomorrow, in these new regulations and for these 15 daysuntil August 16, social gatherings will be suspended throughout the national territory, “he remarked, explaining that the measure aims to” control “the places where the” outbreaks “occur and so that there is no “minimize the chance” that this will also happen in non-contagion settings.

“The risk increases in social gatherings, both in places where it is authorized to do them, as well as where it is not authorized and they are carried out in the same way, “said Vizzotti, explaining that in these circumstances care is usually relaxed, such as the use of face masks, hand washing, keeping the rooms ventilated or 2 meters away.

The risk increases in social gatherings, even in places where it is authorized to do them

The DNU is also the correlate of the message of the President last Friday -when he announced the continuation of the quarantine-, in which he had warned that those who incurred the violation of strict isolation in the houses must face consequences penal for “promoting transmission of a disease”

The City of Buenos Aires and the province had returned on July 18 last to phase 3 of the quarantine, with a scheme of phased opening of activities in the two districts and restrictions on movement.

However, Fernández, upon renewing the quarantine for the ninth time, announced last Friday that the measure would continue without flexibilities until the August 16th due to the increase in infections and the mortality rate in the AMBA.

In addition, the head of state maintained that in other parts of the country, such as Córdoba, Mendoza, Jujuy, Chaco and southern Santa Fe, cases of Covid-19 grew, as a result of irradiation of the virus circulation.

Fernández based the continuity of the isolation in the same conditions as in the last 15 days at the AMBA, noting that every 24 days the number of deaths doubled, with a current average of 80 daily cases of deaths from coronavirus.

In this new stage, the prohibition of holding “social gatherings” will be maintained, and the president warned on Friday that those who “incur” in the rape of the quarantine strict in homes must face criminal consequences for “promoting the transmission of an illness.”

As part of the actions to mitigate the pandemic, the Buenos Aires governor, Axel Kicillof, and the head of the Buenos Aires Government, Horacio Rodríguez Larreta, agreed to “make more frequent” the meetings to sharpen the monitoring of the epidemiological situation and observe how activities work released. 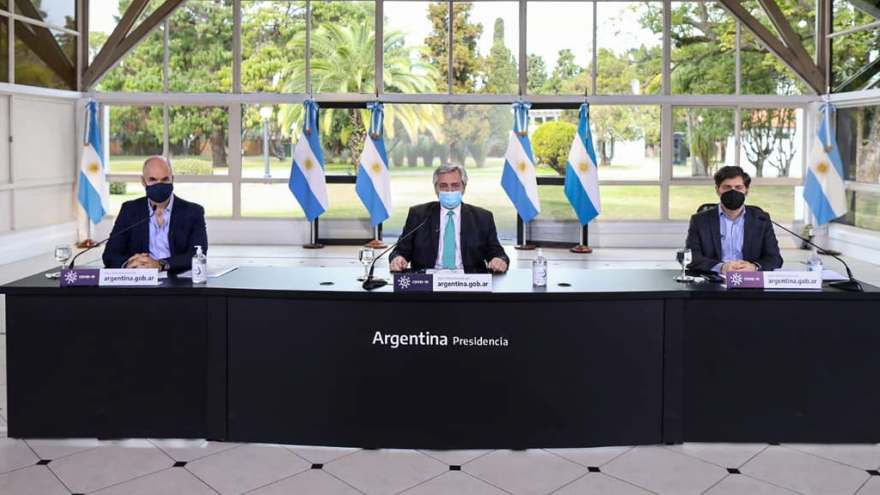 The city had started a Comprehensive Plan for the restart of activities in 6 stages on July 20, and the first will continue tomorrow with the opening of local shops on high-traffic avenues, which includes clothing and footwear, which can be attended. according to the DNI termination number.

This measure will not reach the businesses located in the Transshipment Centers of Liniers, Retiro and Constitución, and those on Avellaneda Avenue in Flores and Once center.

The district, however, had to suspend in this new quarantine renewal the opening of activities planned in its second stage of the schedule, such as amateur and federated individual outdoor sports in institutions, including tennis and golf.

The province of Buenos Aires, meanwhile, will continue “with the same degree of careful openness, with protocols,” explained the governor.

“For cultural actors in China, the censorship is such that they...

Pizzeria Popular: the formula to open 26 branches in a pandemic

“Nilo wanted to see me recently to ask my forgiveness” /...

Rizobacter completed the offer of ON for US $ 17 million

New coronavirus train scheme: there were pushes and runs in Eleven

How is the new protocol approved by the Government for the...

Coronavirus in Argentina: an infectologist who advises the Government warned that...