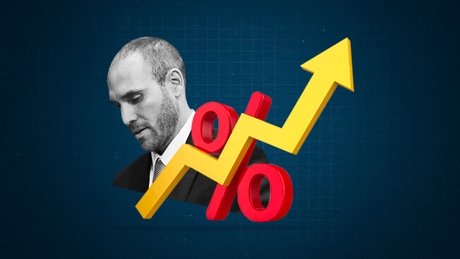 Differences started between Guzmán’s proposal and that of the bondholders and finally it will be settled at $ 54.8 for every 100 that the country owed. As follows

While there is total secrecy in the Ministry of Economy regarding debt resolution, creditors sources confirmed to iProfessional that there is a principle of agreement between the parties and that finally the deal would have been closed -even verbally- in $ 54.8 per 100 that the country owed to the bondholders.

In this way, the “magic number” for there to be agreement is precisely in the medium between the last Argentine proposal that was valued at 53.5 and that of Wall Street funds at $ 57.

“Am impressed with what was achieved, “admitted a source linked to the bondholders in dialogue with this medium. The truth is that although there is still no official confirmation, different sources of Wall street they take the arrangement for granted. The detail of how the proposal was improved, that is, in what terms the Government and creditors gave in to split the difference and turn the page is missing. It is believed that there were improvements in legal terms and not much more since the country repeated that there was no room for improvement in the economy.

Martín Guzmán, on a busy schedule day. The announcement could become official in a few hours

According to reports, the creditors’ counteroffer was presented on Saturday and this Monday there were calls between the bondholders and the government’s advisory banks (Lazard, HSBC and Bank of America) to polish the themes and have a feedback. Until the afternoon there were no definitions by the economic team to the creditors as to whether they accepted the counterproposal or not. But as this media learned, at the end of the afternoon there was a gesture by the Government towards the bondholders advising them that they viewed with good eyes what had been presented and discussed and that it was necessary to move forward.

That caused Wall Street funds themselves to start talking that there was a kind of informal understanding of debt. It is expected that a statement from the three groups of creditors is imminent, warning that an important approach was reached with the country and they hope to close the details in the next few hours.

Debt: the details to review

In any case, it is said, there are details to be reviewed and for now there would be talk of “substantial progress” between the parties. Economy will take another step in extending the swap (it is believed that one more week or until the end of the month) so that minor issues are finalized. For the time being, the Argentine proposal that started in April at values ​​of $ 37 per 100, grew a lot and would be validating values ​​that, from always, in the market were spoken of as a “tolerable” draw for bondholders. In silver terms, Guzmán’s proposal grew more than $ 15 billion in April so far. 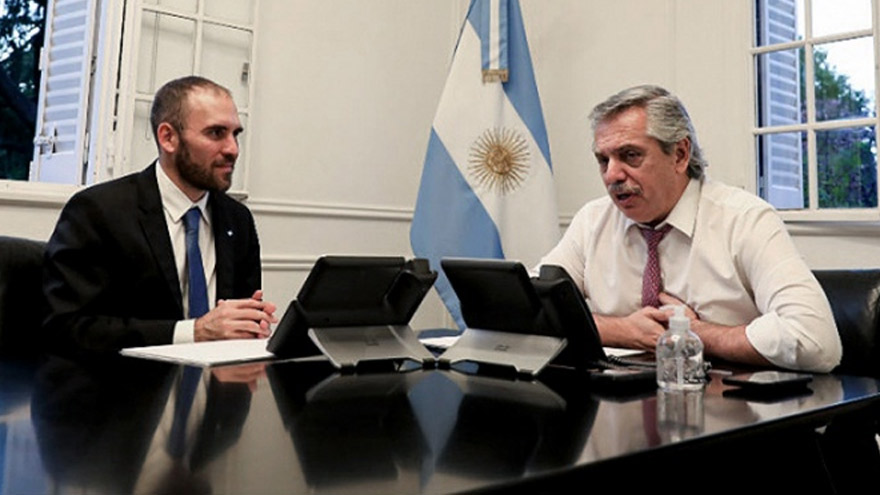 Flexible: Fernández and Guzmán modified what was their “last” offer

In other words, a pruning of 45% on the bonds was the number that the entire market had in mind to make the operation a success. More than eight months later, and after several twists and turns, the country ends up accepting an agreement at those levels.

Either way, lor more likely it will continue to be negotiated but already under a basis of understanding and NDA (Confidentiality Agreement) for a few more days. It happens that only on September 4 the new bonds have a settlement date, with which the country has that option to stretch the definition but with a virtual understanding while polishing certain legal aspects.

Be that as it may, the market has already bought the idea that the swap will come to fruition. S&P Merval climbed almost 10% when measured in dollars, while ADRs rose an average of 9%, bonds with New York law climbed around 3% and under local law 4%. We will have to wait for the next few days for more definitions and if the country manages to have a level of acceptance that exceeds the thresholds of the collective action clauses to drag any wayward that may remain. That there are no holdouts will be key.

Create a “drunk mode” for the cell phone: how it works ...

Little by little, the auto parts industry is getting ready to...

Sergio Berni responded to the criticism of the national government: “Did...

What was the star product that raised Microsoft’s profits by 30%...

Belén Esteban is still the owner of Toño Sanchís’s house /...

“People were fucking sexist and racist with her” / Spain News

“Telenoche”: due to the crisis, a group was reconditioned as a...

Cut on the Pueyrredón Bridge for a protest of workers fired...