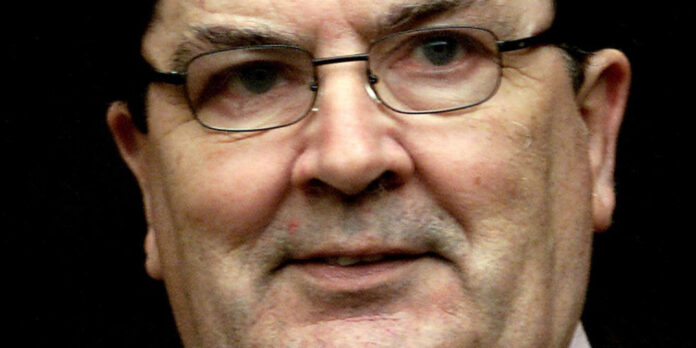 There was no mistaking his reserved manners and soft manner of speaking. Behind his modest demeanor, John Hume, who passed away on Monday August 3 at age 83, was a giant of peace, a Catholic nationalist who worked tirelessly in Northern Ireland to silence the guns for the four decades of his career Politics.

“He (was) the Martin Luther King of the Irish conflict”former US President Bill Clinton said in a recent documentary. “A titan of politics and a visionary”, greeted on Monday Tony Blair, the former British Prime Minister, who was part of the negotiators of the agreement of Good Friday of 1998. For having been one of the main architects of this agreement which ended the violence in Ireland from the North, Mr. Hume received the Nobel Peace Prize the same year, along with David Trimble, the Unionist Protestant leader.

Refusal of arms and violence

Born in 1937 in Bogside, a poor and Catholic district of Derry (for Catholics, Londonderry for Protestants and the Northern Irish administration), Mr. Hume nevertheless had everything to revolt alongside the Irish nationalists who led the struggle army. “The community in which I grew up suffered from deep discrimination”, he testified in 2001. The Catholic population, which then represented the vast majority of the population of Derry, and defined itself as Irish (as opposed to Protestants who consider themselves British) does not have power over the city, because a deeply skewed electoral system. His father is unemployed, like most of the inhabitants of Bogside, but he instills in his son a deep distrust of political symbols. One day of demonstration when the Irish flags are waved, he says to little John, who is 10 years old: “My son, never get involved in this. A flag cannot be eaten. “

Throughout his life, Mr. Hume will therefore be driven by these two cardinal principles: he campaigned for the unity of Ireland, but refused arms and violence. “Guns and bombs only divide even more”, he repeats everywhere.

Mr. Hume, the oldest of seven, gets a scholarship to go to high school, then another to university, where he studies French and history. He returns to Bogside convinced that he must help his community. He opens an association to build housing and runs up against opposition from the town hall, which fears that new Catholic neighborhoods will destabilize the electoral balance. Enough to precipitate him into the Catholic demonstrations of the 1960s and become one of the leaders of the movement. But already, he refuses the purely identity vision. In 1970, he co-founded the Social Democratic and Labor Party (SDLP), a moderate Catholic party that puts social development at the heart of its program. “Revenge is not a solution”, he hammers.

Why does everyone talk about the wines of Los Chacayes?

UK car market is experiencing its worst month since 1946 in...

Coronavirus: despite the fact that the US continues to break records,...

ensure that there is no more place in intensive care in...

Nielsen confirmed his departure from YPF: what is his fate /...

Coronavirus | Villa Azul neighbor who told on “Telenoche” died who...

The day Maradona asked for a vis a vis to see...