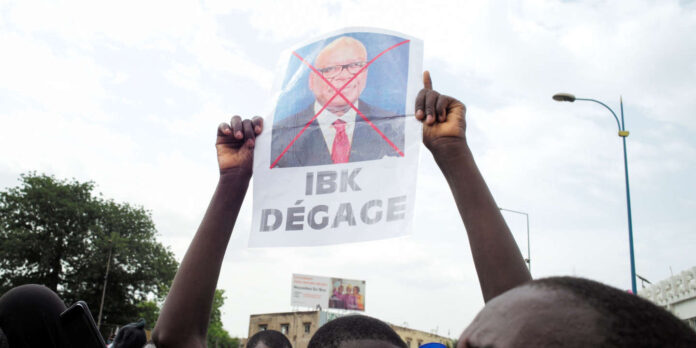 The Malian army suffered further losses in two simultaneous attacks in the center of the country on Sunday (August 2), which left five dead and five injured. The double attack occurred at midday in the circle of Niono, in the region of Ségou, a hundred kilometers from the Mauritanian border, where the armed forces have suffered several serious setbacks since the beginning of the year. .

“Between Goma-Coura and Diabaly, a FAMA mission [Forces armées maliennes] was hung by terrorists. At the same time, the Gomacoura camp was attacked with heavy weapons “, the military said on Twitter. “During this attack, the FAMA recorded a provisional toll of five dead, five wounded and vehicles destroyed. On the enemy side, no record is yet available. A reinforcement has been dispatched there. The excavations are still in progress ”, the army said.

This is “A military convoy leaving Goma-Coura towards Diabaly” who was targeted, a local elected official from Diabaly, a town about 300 km northwest of Bamako, told AFP on condition of anonymity. “He was ambushed around noon. There are four pickups and a BRDM [véhicule blindé] missing “, added this elected, explaining that the inhabitants of the region live ” fear in the belly “.

If it was from northern Mali that a rebellion of independentists and jihadists started in 2012, which marked the start of the current conflict, the violence mixed with deadly inter-community conflicts has spread to the center of the country, especially since the appearance in 2015 of a jihadist group led by the Fulani preacher Amadou Koufa, as well as in neighboring Burkina Faso and Niger.

At least 24 Malian soldiers were killed in mid-June in an ambush attributed to jihadists in the town of Bouka Wéré, south-east of Diabaly. On January 26, the Sokolo camp, also in central Mali, was the object of an attack that claimed the lives of 20 soldiers, claimed by the Support Group for Islam and Muslims (GSIM) , the main jihadist alliance in the Sahel affiliated with Al-Qaida.

Relations between the army and some communities in Niono cercle have also been strained since the start of the year. A report by Minusma, the UN Mission in Mali, accused the Malian army in April of being involved in the deaths of around 50 people in Niono cercle between January and April.

At the same time, the socio-political crisis that has shaken Mali since June has still not found a way out, despite the mediation efforts at the highest level of the Community of West African States (ECOWAS ). Some recommendations from the regional organization have been followed up, including the appointment of new judges to the Constitutional Court to settle an electoral dispute relating to the legislative elections of March-April, which triggered the current crisis.

A small government has also emerged around a few sovereign ministries, but Prime Minister Boubou Cisse has failed to convince the opposition, led by the June 5 Movement (M5-RFP), to join a government. national union. The M5-RFP, which has been calling for the departure of President Ibrahim Boubacar Keïta since June, announced the resumption on Monday of its actions of “civil disobedience” after observing a truce on the occasion of the Muslim holiday of Eid Al- Adha, celebrated on Friday.

Read also In Mali, a small government without national union

The weekend of July 10, a demonstration called for by the opposition degenerated into three days of deadly unrest, the most serious in Bamako since the coup in 2012. President Keïta, for his part, repeated Saturday that he intended to stay in place and warned those who would attack the “Public and private goods”.

this was the inflation of July 2020

Israel votes Trump in the US presidential election

PAIS tax does not stop purchases, they think more taxes

The 35 photos of Buenos Aires in quarantine

What factors are behind the rise of the dollar?

The Hot Sale 2020 expects to close with more than four...

Paris Hilton confesses the abuse she suffered at boarding school /...

The second part of Luis Miguel’s series, in checkmate because of...