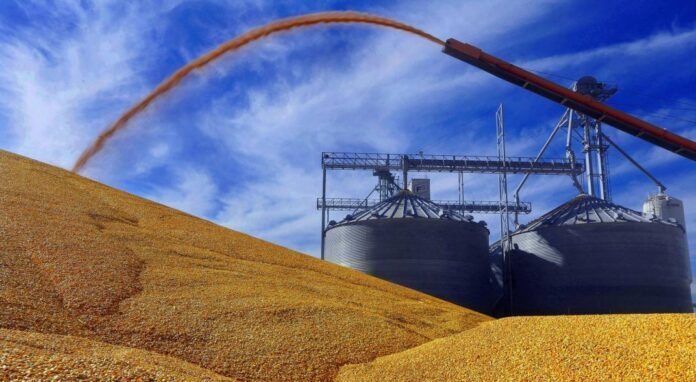 Argentina is a strong exporter of raw materials and agricultural manufactures. And among these merchandise, which are the most sold in the world, Córdoba has a very important participation.

One of every four dollars obtained is linked to the soy complex, in its variants pellets, beans and oil. If we add corn and wheat, we have four out of every 10 dollars we export.

In the first place from the podium are the pellets and soybean meal, with 8,805 million dollars (13.5% of the total).

Second place it is for corn, with 5,924 (9.10%); While in the third step Trucks appear, which are basically sent to Brazil and represent almost 6% of the total.

Trucks They are made in Córdoba and most of them are exported to Brazil. (Facundo Luque / File)

These three products cover a quarter of Argentina’s external sales and in all of them there are footprints from Córdoba, since it is the main province producing corn and trucks, and one of those with the largest participation in the soybean complex, although the strongest industrialization It is concentrated in the port area of ​​Rosario.

The 10 most exported products by Argentina represent more than half (51%) of the total sold, made up of almost 3,500 goods in total.

On the way to the table, until reaching the 20 best sellers, there are some surprises and products from Córdoba:

Barley. It is 13th and its exports doubled in the last five years.

Exchange boxes. Produced at the Cordoba plant in Volkswagen, they occupy 17th place in the ranking.

Peanut. Córdoba’s most important regional economy is in 19th place, with $ 432 million.

At this point, the first 20 products of the ranking they represent 62% of the total exported by our country.

If we add to this analysis the value of the exported ton, which is a relative indicator of the primacy of exported goods, Argentina sold for an average value of $ 511 per ton in 2019.

That value was $ 620 in 2015, which could represent a loss of price of what we export or of external sales of goods with less added value.

A good example to highlight is that last year the average export value of soy beans was $ 338, while that of soybean oil was 643.

This difference occurs due to the higher added value to production and generates more foreign exchange for the country, so it would be logical to have differentials in export rights and incentives, to promote jumps in added value and to be able to export more.

A country in the southern hemisphere that mainly produces and exports food is New Zealand, with $ 776 per ton.

These numbers reflect a certain primarization of Argentine exports and a concentration in few items.

The upside to the half-full glass is that there is plenty of room to grow from soybeans, corn, and barley to jump for added value.

More exports will help to grow and lessen the cyclical crisis of lack of dollars.

Epec and business chambers advance to finance the payment of bills

Coronavirus in Tucumán: a nurse and ambulance drivers arrested for throwing...

Why the Big Four are ordered to separate their audit businesses

How a Syrian torture victim found justice in Germany | ...

Hong Kong, dismemberment of a democracy