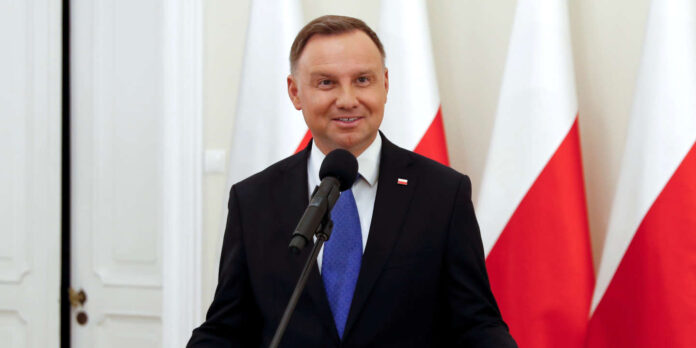 The Polish Supreme Court validated, Monday, August 3, the re-election of conservative Andrzej Duda to the Polish presidency, three weeks after his slight victory at the polls. She considered that certain irregularities during the ballot, reported in appeals, had not influenced her result.

Supported by the conservative nationalist Law and Justice party (PiS, in power), Andrzej Duda won the July 12 ballot extremely narrowly, with 51% of the vote against the candidate of the main opposition coalition, the Plate- civic form (PO), Rafal Trzaskowski (49%). After the ballot, PO lodged an appeal calling for the ballot to be invalidated and questioning irregularities, as well as the alleged partiality of public television TVP.

To understand : In Poland, outgoing President Andrzej Duda re-elected as head of a country split in two

But this request was rejected by the Court, which “Took into consideration all the circumstances, even those which did not constitute the subject of the appeals”, according to judge Ewa Stefanska.

According to the Court, 93 justified appeals out of 5,800

“We demanded that the election be declared invalid”, said, four days after the election, the head of the Civic Platform, Borys Budka, according to whom the poll was neither “Fair” or “Honest”, while “The whole state apparatus has broken the law” by supporting Mr. Duda.

The poll was due to take place in May – at the time the outgoing president was clearly ahead in voting intentions – but had to be postponed due to the Covid-19 epidemic. Support for Mr. Duda had declined considerably over time, including due to the epidemic, which plunged Poland into its first recession since the fall of the communist regime in 1989.

The PO’s appeal included complaints of irregularities from 2,000 people, alleging problems with voter registration, ballot papers not sent out on time, or voter turnout of voters who were in abroad.

In total, some 5,800 appeals were lodged with the Supreme Court. The court ruled on Sunday that 93 of them were justified, but that they did not influence the outcome of the vote.

Observers from the Organization for Security and Co-operation in Europe (OSCE) had estimated, after the poll, that the vote had been “Tarnished” by partial coverage provided by public television. “The political polarization was such that the lack of impartiality in public media coverage hampered a well-conducted election”said Thomas Boserup, head of the OSCE Office for Democratic Institutions and Human Rights (ODIHR) special election assessment mission. The electoral campaign and “The coverage by the public media was marked by homophobic, xenophobic and anti-Semitic rhetoric”, the OSCE had further estimated.

Read the analysis: In Poland, Jaroslaw Kaczynski on the way to consolidating his illiberal system

R.Unido / Italy.- The London Stock Exchange is considering disposing of...

How AIRLINES react to the proposal to leave SEATS empty

in 2016, Ghislaine Maxwell, ex-collaborator of the billionaire, denied having recruited...

Germany: Could this new booklet protect girls from FGM? |...