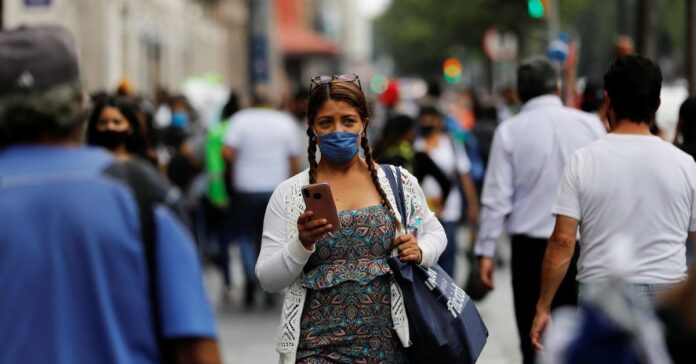 During the daily evening press conference to notify the progress of the new coronavirus in Mexico, held at the National Palace at 7:00 p.m., the Health Secretary (SSa) confirmed that until Sunday, August 2, there are 47,746 deaths and 439,046 accumulated cases of COVID-19.

While reading the technical report, José Luis Alomy, director of Epidemiology, specified that the estimated calculation of active cases is at 10%, regarding the estimated cases (478,082), that is 48,772 patients have been infected in the last 14 days and have the ability to generate more infections.

Regarding hospital availability, the public servant specified that more than 50% of beds in the network are still free IRAG (Serious Acute Respiratory Infection).

Regarding the economic crisis that brought the new coronavirus to the republic, the president Andrés Manuel López Obrador issued a message on his social networks in which he assures that the worst is over and that from now on only the recovery period remains.

According to the head of the federal executive, around 555,000 jobs were lost in April, 340,000 in May and 82,000 in June; however, in July only 3,430 jobs were lost, a significant drop, which allowed Mexico to stay below the forecast of one million lost jobs.

“Exactly there are 16 states where there was loss of jobs and 16 where workers were already hired, a rehiring of workers, this is a good fact, it is an encouraging sign, it is an indication that we are moving forward,” reported the President of Mexico. .

Why did BMW delete the promotional video for the M2? /...

In the United States, those longtime Republicans who will vote for...

Of curses, decouples and productivity

What did ROCÍO OLIVA say about MARADONA’s health? / Argentina News

I chose which is the older woman and I discovered your...

Trade and services: 340 thousand jobs are the most affected

What is the ceiling for double compensation? / Argentina News