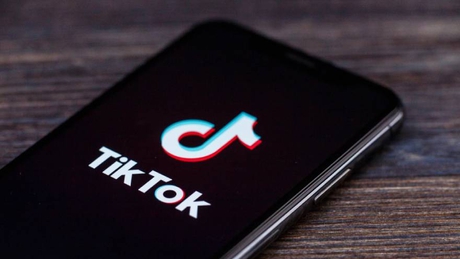 The president is confronted with the Chinese parent company ByteDance, owner of TikTok, from where they deny having ties to the government of the Asian giant

Trump said he could use emergency economic powers or a decree to ban TikTok. “Well, I have that authority. I can do it with a decree,” said the president.

Days ago, Treasury Secretary Steven Mnuchin had pointed out that the United States government is carrying out a TikTok’s national security review and is preparing to make a policy recommendation to Trump.

Previously, according to CNN, experts working on the TikTok issue within the Trump administration expect the president to sign an order to obligate to company china bytedance, the parent of TikTok, to sell the US operations of its popular short-form video application.

Trump’s comments come 10 days after TikTok revealed that he plans to create 10,000 jobs in the United States in the next three years. The decision at that time came as the authorities’ scrutiny of the platform increased.

Sources quoted by The Washington Post say that Microsoft is negotiating to buy it, for a price that could reach several tens of billions of dollars.

The acquisition by Microsoft, if it occurs, would suddenly place the American company at the forefront of technology, and would substantially change the map of social networks in the United States, according to El País.

However, Trump himself made it clear that is not a supporter of an agreement that allows a US company to buy the TikTok operation in the US country.

Members of the Administration and congressmen have expressed their concern that the Chinese Government has access to personal information of millions of us citizens, that the social network is used by Beijing for espionage purposes.

Secretary of State himself Mike Pompeo said in July that the United States “certainly” was “contemplating” banning TikTok. The Pentagon already recommended in December that members of the Army not use the app.

In parallel, TikTok He denied any ties to the Chinese government. The company has also promised a high level of transparency, being open to even allow revisions of its algorithms. “We are not politicians, we do not accept political publicity and we do not have a political agenda; our sole objective is to remain a dynamic platform for all to enjoy. TikTok has become the ultimate objective, but we are not the enemy,” said the maximum. Responsible for the social network, Kevin Mayer.

TikTok came under the sights of US officials

Instagram It will launch Reels, a new attempt to hunt down Generation Z and it comes at one of the worst times for competing Chinese app TikTok.

Reels is a function developed for Instagram to create short videos. It is a new maneuver by Facebook to get on the bandwagon of the success of the format created by TikTok.

The company of Mark Zuckerberg It prepares this new tool at the right time: it first did its first tests in India shortly after that Asian country banned TikTok and 58 other applications of Chinese origin. The American television channel NBC News reported that the service will be implemented in the United States and 50 more countries in August.

TikTok suffers problems in the North American country for being in the crosshairs of the White House, which has spread doubts about its handling of user data. Facebook tries to take advantage of it, after the failure of its first experiment, Lasso, which closed on July 10.

However, the company owned by ByteDance It has responded to privacy allegations and opened its code, showing the algorithms it uses to order and share users’ videos and allowing them to view their moderation policies “in real time.”

In a new section on the Instagram app, Reels allows users to create and post 15-second short videos with music or other audio, much like TikTok.

Similar to the Chinese app, Reels offers a set of editing tools, such as a countdown timer and tools to adjust the speed of the video, for example, which are intended to facilitate the recording of creative content.

Due to the reach of Instagram, this application could collect Tens of millions of users that TikTok has in the USA. if finally the war between the North American country and China resulted in the disappearance of TikTok.

In a supposed Twitter profile of Anonymous TikTok has been charged with espionage. Anonymous accuses TikTok of being a massive spy tool from the Chinese government and calls to remove the app

According to the American newspaper The Wall Street Journal, Instagram would be making lucrative offers to popular TikTok users to join their new Reels service. The potential payments, the media outlet says, would be for some of “hundreds of thousands of dollars.”