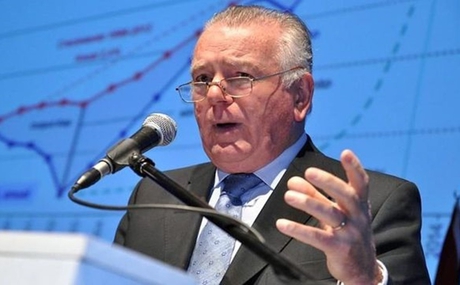 In front of an audience of businessmen, the economist painted a dramatic panorama of the economy, with a poverty level of 50% due to a wave of layoffs

Economist Orlando Ferreres spoke to businessmen and released a worrying forecast about the Argentine economy. In this context, he stressed that after quarantine it can come “a cataract of layoffs”

Inflation was another of the topics that Ferreres delved into. All projections coincide in pointing out that it will accelerate in the second part of the year. And the consensus of the consultants that participate in the Survey of Market Expectations (REM) forecasts that annual inflation will be around 40% this year. But until now, no one had dared to predict when that acceleration would begin to occur. The economist assured that from September the price increase will be 5% monthlyl.

“We estimate an annual inflation of 45% and the acceleration we see from September, because from that month we see that it could be around 5% per month,” said Ferreres during a conference conducted by Zoom and convened by the Foundation. Mediterranean.

Before the more than 260 attendees to the virtual conference, among whom were entrepreneurs such as Patricio Supervielle, Cristiano Ratazzi, Teddy Karagozian and José UrtubeyFerreres predicted that the second half of the year will be especially delicate in terms of price increases.

“We are concerned emission levels that the Central Bank is having, due to the impact they have on inflation, because although it is sterilized through the Leliqs – which are a separate problem and a serious problem – it is a very strong emission level. Today M2 (the sum of cash, demand deposits and fixed terms) rose 95% year-on-year, “he said.

For Ferreres, there is no risk of hyperinflation, but there may be a jump from current levels

Ferreres, who exposed for a little over an hour and then answered questions, he painted a very dramatic picture for the rest of 2020. Not only because of inflation, but because of the level of poverty that the sharp rise in prices will generate.

“One in two Argentines will be poor. The poverty level will reach 50%“sentenced the economist and director of the OF&A consultancy. The increase in poverty to a level of such magnitude is explained by an increase in unemployment and a fall in real wages of 11.5% according to Ferreres.

It happens that the economist foresees that when the quarantine ends “there may be a cataract of layoffs what can increase unemployment from 10% to 15%He added: “The recession generated by the coronavirus pandemic is monstrously large. Although it is improving month by month, we project a 12% drop in GDP for this year and between 6 and 6.5% of primary deficit “. 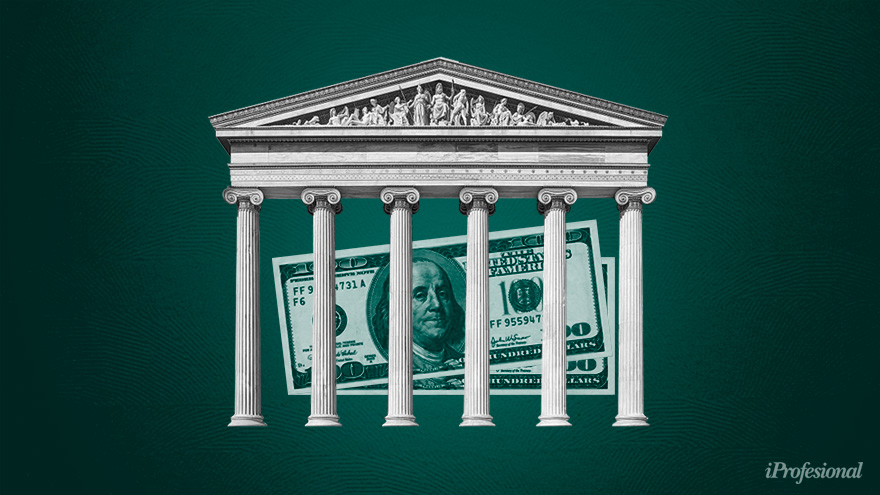 “We are leaving the biggest drop of Argentine history. Next year there will be a recovery of between 8 or 9%, but with a large primary fiscal deficit, “said Ferreres.

According to the economist, after the largest year-on-year drop in the country’s history recorded last April with a 26.4% collapse, activity softened his fall down 20.6% in May, while in June the drop was 10.6% because “the industry is recovering, although it is between 10 and 12% below last year.”

For Ferreres “the only way out is investment from the public and private sectors, but today the conditions to promote investment of the private sector. “The economist recalled that” when Argentina grew the most, between 1880 and 1930, investment levels were 36% of GDP. Today it is 12% of GDP “. And, as an example, he provided a piece of information: “Today China has 45% of its GDP invested.”

Following the classical theory of adjusting spending, Ferreres argued that the state must tighten its belt, although he clarified that he knows that this year that is impossible. Although he was hopeful about the possibility of that happening next year.

“Next year we will not have the IFE or the ATP and we can begin to focus on a reduction in spending, but without a doubt the hardest thing to solve is that: lower public spending to give more space to the private sector, so you can invest more, “said Ferreres.

And he clarified that the adjustment should be “not only at the national level but also in provinces and municipalities since that expenditure, which historically was between 28 to 30% of GDP, this year will be 46.5% of GDP” .

ARBA extends until June 10 the installments and advances of payment...

Downtown Businesses: this is how they propose to open their premises...

Due to quarantine, car production in May fell 84% year-on-year

7 thousand cases were registered and more than 200 deaths

what did Google respond to Cristina’s demand

Coronavirus in Argentina | A nurse from Mar del Plata died...

how much do the OFFICIAL, the BLUE and the TOURIST contribute?