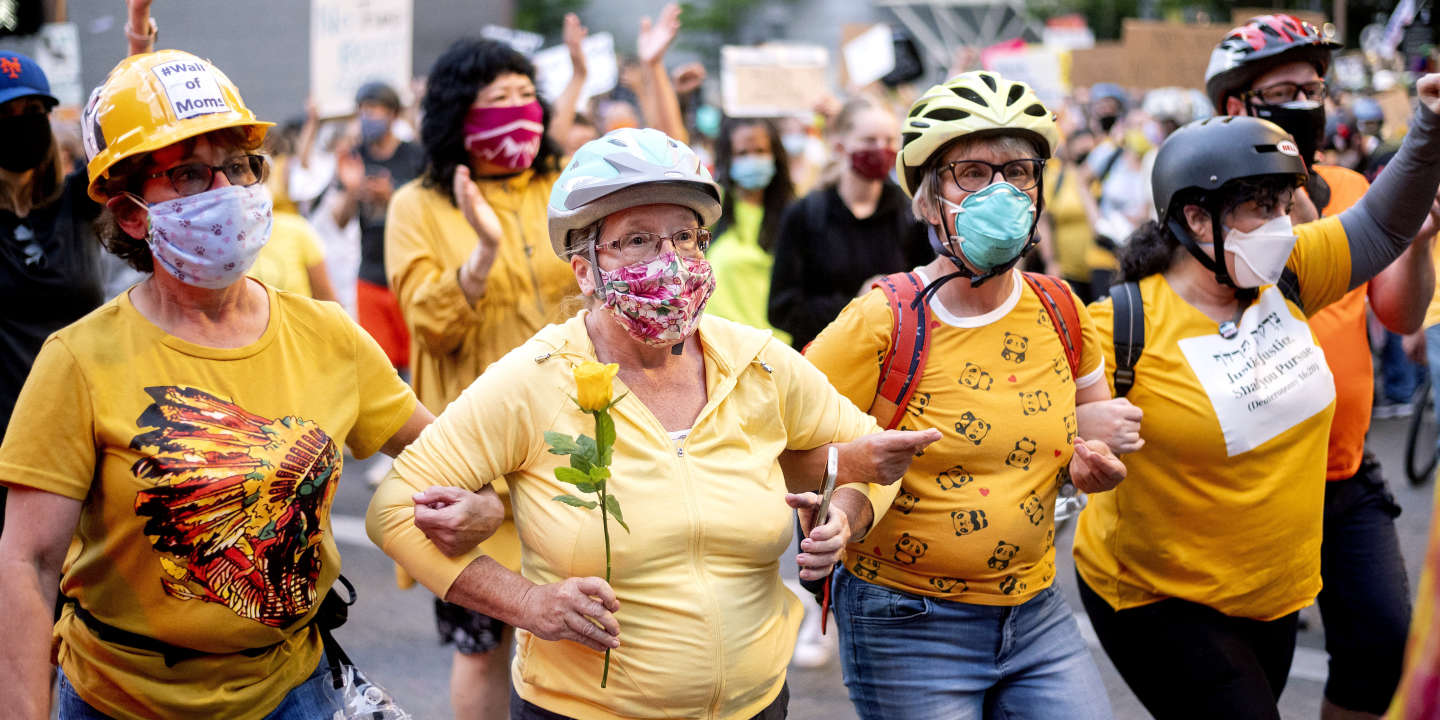 On imagine the scene. The campaign team gathered around the outgoing president. The alarmist graphics circulating from hand to hand. The silence that takes place. Then the voice that rises. That of the most daring of advisers. “ We have a problem with women. “ In the United States as elsewhere, the woman is full of qualities, including that of turning regularly into a voter and it turns out that Donald Trump mostly inspires her with a strong retching.

The exodus of women, especially white women living in suburban areas surrounding major American cities, explains the bleeding of the midterm elections and the loss of the Republican majority in the House of Representatives. In June, an NPR-PBS poll showed that 66% of those voters disapprove of Donald Trump’s action, of which 58% ” strongly “. The ” soccer moms ” and others ” Walmart moms Republican vice presidential candidate Sarah Palin claimed to be in 2008, pack up and go to the Democratic enemy. Added to the turmoil that seems to seize an electorate deemed safe, that of the over-65s, alarmed by the presidential nonchalance in the face of the coronavirus, this exodus is jeopardizing Donald Trump’s chances of re-election for the moment.

Article reserved for our subscribers Read also Coronavirus: the rise in the death toll in the United States puts Donald Trump under pressure

To win them back, the president considered fear to be his best ally. At his meeting in Tulsa on June 20, he used it by describing the break-in of a ” very hard hombre “(The perpetrator, at Donald Trump, is very often of foreign origin), in the house” of a young woman whose husband is absent, because he is a traveling salesman or whatever “. He reoffended on July 23, advising “ housewives in peri-urban areas “Reading an apocalyptic article from New York Post assuring that a presidency of Democrat Joe Biden will destroy ” their american dream “.

This offensive, which is intended to be charming, has the disadvantage of underlining the dated vision that Donald Trump maintains about the women of his country. When he laments in May in the New York Post the work of two journalists from the CBS channel, whose precise questions exasperated him during the spring press briefings devoted to the epidemic, it was immediately to regret that these two women, Weijia Jiang and Paula Reid, did not behave not ” as Donna Reed “. You have to be the president’s age, 74, to quote the actress of the fifties and sixties, whom he remembered only for her role as a housewife on the sitcom that bore her name.

You have 28.09% of this article left to read. The rest is for subscribers only.