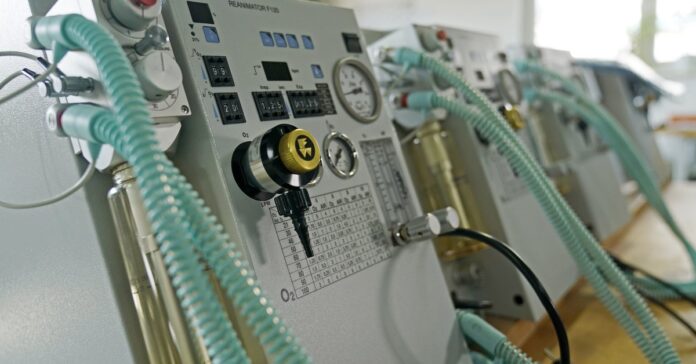 The Mexican company Med Evolution developed a prototype mechanical ventilator to serve critically ill COVID-19 patients that would cost between 20,000 and 30,000 Mexican pesos.

However, the process to materialize its creation is stalled in the National Council of Science and Technology (Conacyt), who for two and a half months received the prototype for evaluation and has not given an answer, Neither favorable nor negative.

On June 22, Med Evolution had positive results in the performance tests it did on an artificial lung and on pigs. But the Technological Development Directorate explained that “evaluation takes some time considering workload” Without this evaluation, its production and marketing cannot be specified.

According to Kurt Nyssen, director of Med Evolution, during the first month and a half they didn’t even respond to his emails, reason why they had to begin to press directly in the offices of the organism.

Conacyt’s validation is just the first of three necessary, according to the “Flow chart for approval of invasive ventilators in Mexico during the COVID-19 contingency” The same document clarifies that the flows can run in parallel to accelerate the result in the health emergency.

More fans came to Mexico from the US

Last Tuesday, July 28, the eighth flight arrived at the airport of Toluca, State of Mexico from Nevada, United States, with 31 fans for patient care of COVID-19.

The Ministry of Foreign Affairs (SRE) explained that the arrival of the fans was the result of cooperation between the governments of Mexico and the United States and of the conversation between the presidents. Andrés Manuel López Obrador and Donald Trump last April 17, where the acquisition of equipment from that country was agreed.

On July 14, the federal government announced that engineers from the National Council for Science and Technology (Conacyt) created two highly specialized fans to attend the COVID-19 pandemic in the country.

The name of both devices, vital for hospital care of the disease, are Gätsi (sigh, in Otomi) and Ehécatl (god of the wind in Nahuatl).

The investment for the development of both devices was almost 260 million pesoss, with which “a Mexican industry begins to save lives,” said María Elena Álvarez-Buylla Roces, CEO of Conacyt.

Although the announcement of these fans made in Mexico is excellent news, there is a problem: there are not enough specialists to operate them. Only specialists in pulmonology, inhalation therapy, anesthesiology, intensive care and emergencies they have the training to operate these devices.

Likewise, the fans to attend the emergency of COVID-19 patients have been purchased up to 1.5 million pesos from the company of León Manuel Bartlett Álvarez, son of the director of the Federal Electricity Commission (CFE), Manuel Bartlett Díaz, and in other cases they cost around 800,000 pesos.

Nyssen assured Political Animal that the real prices are even lower, but the industry has taken advantage of the urgency, and the model that your company develops would be much cheaper and up to 300 could be manufactured in a week.

Coronavirus map in Mexico August 2: with a record rise in infections, 9,556 are recorded in 24 hours

Mexico will recover economically for the last quarter of the year: AMLO

This is Baloc, the Mexican wolf that looks for a lost girl in Coahuila after the passage of Hanna

Know the technologies that will revolutionize the world of health /...

Quarantine Rows: The Whys of Queues to Pay Taxes or Services

Employers’ Way of the Cross to Access Official Coronavirus Benefits

this is what you don’t know about your character / Argentina...

Coronavirus in Argentina | From Monday it will be compulsory the...