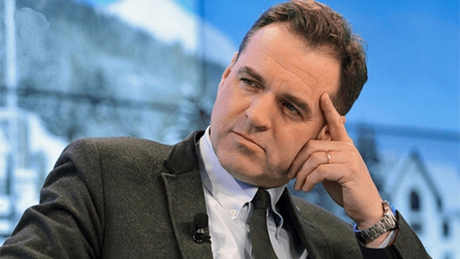 The historian and brilliant polemicist believes that in this crisis there are no progressive or conservative responses, but “smart or stupid”

Niall Ferguson He is extremely critical of Western governments for his belated, and in many cases “stupid” response to the pandemic. The historian of the economy has been immersed in the study of the crisis since January.

His provocative and rebellious personality, but above all the brilliance of his analysis, make it inevitable that time and time again he falls into the “I already warned him”. In your case, you have to admit it.

At the beginning of the year, he already wrote about what was coming and showed his amazement when those attending the Davos World Economic Forum debated climate change and were engrossed with Greta Thunberg, without perceiving the threat originated in China.

The globalization built in the previous decades, Ferguson maintains, had created the ideal transmission network for the Perfect storm. From his refuge in Montana he gave an interview to the newspaper El País of Spain, which is reproduced below.

– Some historian has even suggested that future generations will see us as cowards who caused an economic collapse.

At the beginning of all this we knew very little about the virus and the disease it caused. The correct approach at the time was to assume the worst. The key issue was to act early, attempt early detection. Put in place a contact and tracking system. This is what Taiwan did, and it was the model because it was an intelligent response.

Future historians may end by saying that most Western countries were too slow in the initial phase., to end up using very drastic instruments such as confinement when the disease was already spreading rapidly among the population.

You cannot speak of bravery or cowardice. It all comes down to determining which strategy is smart and which is stupid. The important thing from the beginning was to control the super transmitters and the super transmission situations or events. We did not know how to understand it. And now we continue to act as if we don’t understand.

We already know that most of the transmission comes from a relatively low number of people. And the kind of places where it occurs most easily, like bars and restaurants. You just have to close them until the virus is controlled. The opinion-makers who speak of this situation as if it were a war and demand courage from the population commit an act of ignorance at the Bolsonaro level.

Bolsonaro, singled out as an example of “ignorance” in the face of the pandemic.

– But when it comes to attributing responsibilities, you question whether political leaders are singled out.

I am not going to defend Donald Trump, Boris Johnson or Pedro Sánchez because each of them, in their own way, has not done well. But to believe that pandemic preparedness or response is something that a country’s president or prime minister should personally control is to show complete ignorance of how modern governments operate.

Readers who maintain a certain rational capacity understand that, in practice, a complex, modern and developed society has a bureaucratic apparatus with a very specific responsibility in terms of preparing for and responding to a pandemic.

In January, the intelligence services were already describing what was happening in Wuhan fairly tightly, and many government officials who needed to have an answer were not up to the task. I am deeply irritated by the misrepresentation of the way work processes work in a modern Administration. In a pandemic, the president is not called to tell him that there are rare cases of pneumonia in China and to ask him what to do. This is not how it works.

– Is there a progressive response to the pandemic against another conservative one?

It is true that in the United States, if you are a Democrat, you are very concerned about the covid-19, you wear a mask and you want to prolong your confinement. If you are a Republican, you send everything to hell and go back to work. And that division, in less intense terms, also occurs in Europe. But I do not believe that there is a progressive and a conservative way of dealing with this crisis. Rather, there are competent and incompetent governments.

– it does not seem to him bad that the Governments have overturned enormous flows of money in response.

If you completely shut down your economy and prevent people from going to work, you must do something to make up for it or you will end up with protests and riots on the streets. The mistake is to think that it is stimuli. They are simply measures of relief.

From a monetary point of view, central banks have returned to their historic role as debt managers. They absorb a significant part of government debt and ensure that its cost is kept low. Once the stupid decision was made to impose confinement, there was no other alternative.

– And what consequences will it have?

By the time this is all over, it will be over, we will have released tons of money that people are saving because it is not easy to spend. And that money will be spent on consumption. The big question will be to see how much inflation goes up and what problems it will pose.

The lesson we learned after World War II was that if you don’t achieve rapid growth, you must choose between painful and damaging austerity or high inflation. Or in the worst case, non-payment of the debt.

– Has the inevitable confrontation between the West and China accelerated the pandemic?

It has exacerbated it. The United States and China have been on the road for some time in what I call the Second Cold War. The pandemic has revealed that reality to Europeans. The most important question now is how large the Non-Aligned Movement will be.

There will be many countries that will try to stay in the middle and not compromise. Good luck with that, I’d say. You cannot maintain that equidistance without paying a very high price. The Second Cold War is here to stay a long time. The only question is whether, at some point, it will escalate into a real war. 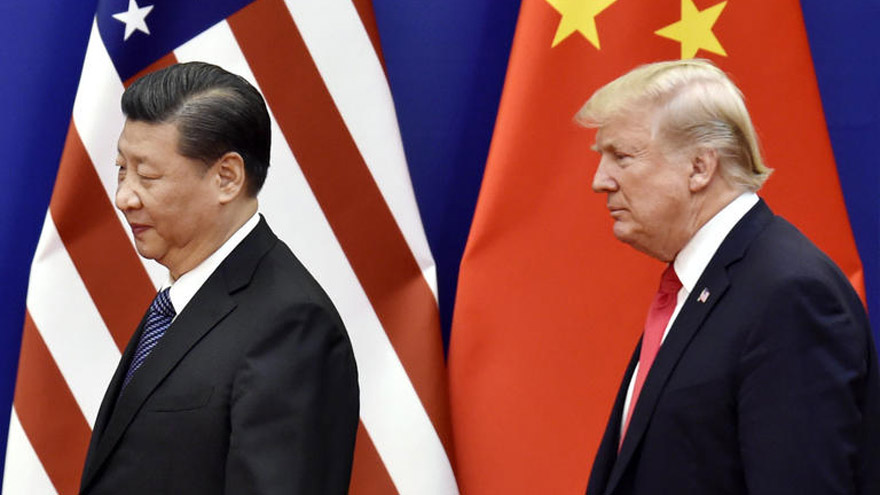 For Ferguson, the pandemic exacerbates the confrontation between China and the West.

– Faced with those who predicted a before and after the pandemic, it seems that humanity has a bad memory and will return to the old ways.

Most people have serious difficulties conceptualizing historical changes, but we will end up modifying our social behavior. Maybe not quite, maybe not enough, but five years from now we will think that masks have always been used or that it is normal to spend more time at home. We will forget how everything was in 2019 and we will say that the pandemic was not so bad, but it will have changed us.

The laboratory has already set a date: when will the vaccine...

Kenosha, the site of the clash between Joe Biden and Donald...

the President will lead a meeting to analyze the cases

Pantoja had a mustache one day, Julián Muñoz / Spain News

Coronavirus in the City: they study to restrict the exit of...

What is the origin of the saying “the third is the...

This country is the “Switzerland of Latin America” / Argentina News