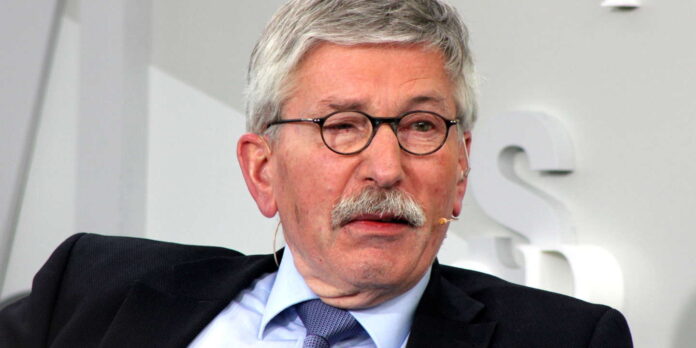 Ten years: This is how long it took for the Social Democratic Party of Germany (SPD) to exclude the most cumbersome of its members. Author, in 2010, of the controversial bestseller Deutschland schafft sich ab (Germany disappears, ed. du Toucan, 2013), “Thilo Sarrazin is no longer a member of the SPD”, announced the conflict commission of the party, Friday, July 31, in a statement.

It all started in September 2009. Then 64-year-old economist Thilo Sarrazin has just left the Berlin Land Ministry, which he had headed since 2002, to join the Bundesbank’s executive board. In an interview with the journal International Letter, he declares :

“I do not accept people who make a living on the state, reject this state, do not care about their children’s education and keep producing little girls with headscarves. This is the case for 70% of Turks and 90% of Arabs who live in Berlin. “

In reaction to these remarks, two sections of the SPD demand the exclusion of Thilo Sarrazin, member of the party since 1973. In vain. In March 2010, the Berlin SPD’s federation’s conflict commission ruled that he was entitled to keep his membership card, ruling that the party “Can accept provocative statements of this nature”. She adds, however, that this decision is not a “Blank check for all types of provocations in the future”.

But Thilo Sarrazin does not hear the warning, as evidenced by the publication, in August 2010, of Deutschland schafft sich ab. “I wouldn’t want the country of my grandchildren and great-grandchildren to be largely Muslim, to speak mostly Turkish and Arabic, for women to be veiled and for the pace of the day to be determined by the calls of the muezzin. If this is what I want to experience, I can book a trip to the Orient “, writes in particular the former minister of finance of Berlin.

Despite its 465 pages, the book was a huge bookstore hit, for twenty-one weeks topping the top of the world’s bestsellers. Spiegel in the “tests” category. In total, more than 1.5 million copies will be sold. The debate it provokes is also considerable. Even Chancellor Angela Merkel is participating through her spokesperson, who qualifies the author’s comments as “Hurtful, defamatory and very seriously controversial”.

You have 57.13% of this article left to read. The rest is for subscribers only.

How much will the Argentine economy fall in 2020, according to...

The Fed-Supported US Economy and the Success of Digital Businesses

Coronavirus: As of today, train and subway service is limited and...

the IMF is “ready to mobilize” a trillion dollars

Vanessa Bryant, sued by her own mother for not respecting Kobe’s...