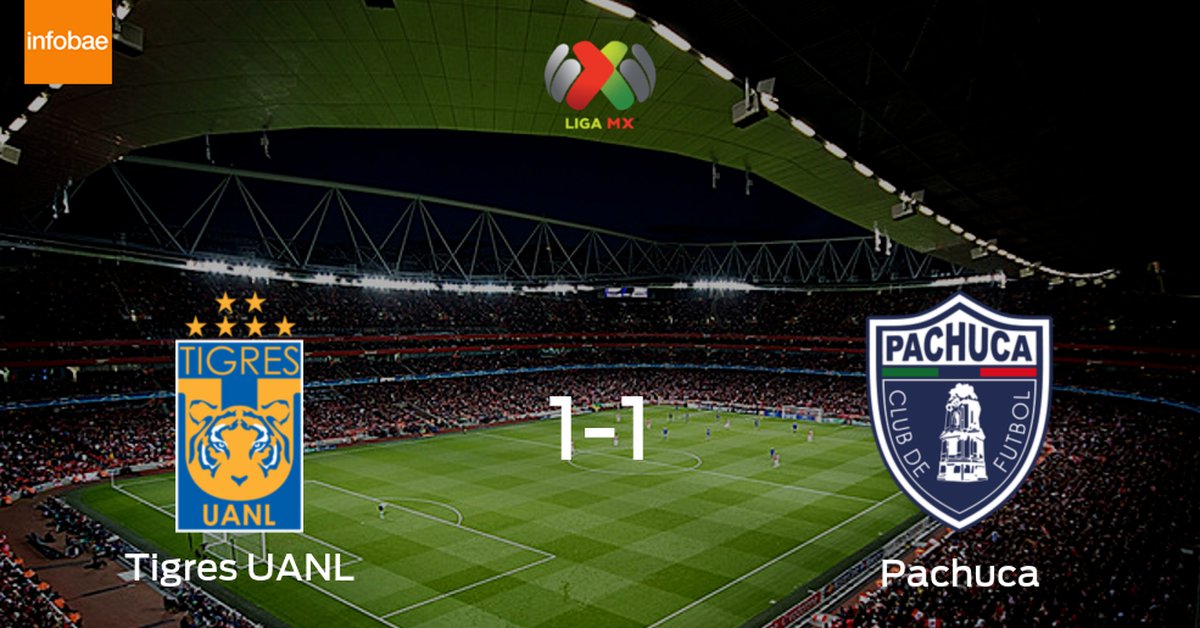 UANL Tigers and Pachuca They tied one in the meeting held this Saturday in the University Stadium of Nuevo León. UANL Tigers arrived with the intention of reaping a new victory after winning at home by a score of 3-0 to Necaxa. Regarding the visiting team, Pachuca he was defeated 2-1 in the last game he played against America. After the result obtained, the local team was in second position, while Pachuca he stayed in thirteenth place at the end of the match.

The second part of the confrontation began in an excellent way for UANL Tigers, who was put ahead by a goal from Owners in the 53rd minute. But later Pachuca tied thanks to a bit of bland just before the final whistle, specifically in 85, thus ending the match with a final score of 1-1.

It was a match in which the coaches exhausted all their changes. On the part of the locals they jumped from the bench of substitutes towers replacing Quinones. The changes of Pachuca were Salinas, Sanchez, bland, Davila and Of the rose, who entered by Alvarez, Chavez, Figueroa, Kâzım-Richards and Orona Zavala.

The referee sanctioned six players with a yellow card. Showed two yellow cards to Rodriguez and Owners, of UANL Tigers and four to Chavez, Alvarez, Orona Zavala and Garcia of Pachuca.

With this tie, UANL Tigers It was in second place in the table with three points. For his part, Pachuca with this point he remained in thirteenth position with zero points at the end of the match.

The next commitment of the Liga MX de Apertura for UANL Tigers is against Tijuana, while Pachuca will face Queretaro.