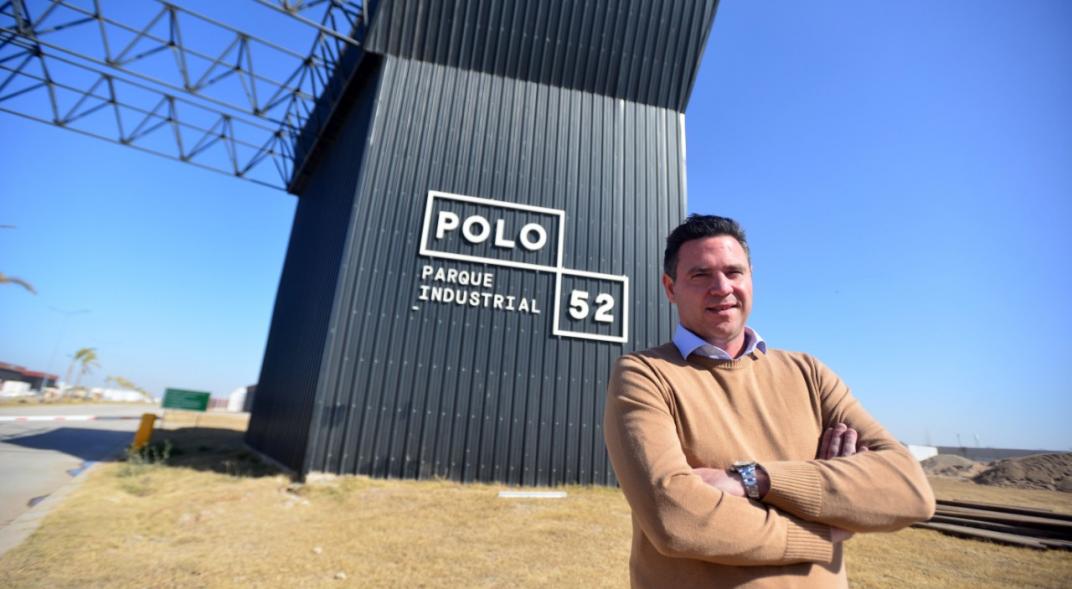 After going through different activities, Cristian Martin found his professional destiny in construction. With a group of partners, they sought to differentiate themselves and saw that the city of Córdoba lacked new and adequate spaces to house the industry.

They bought the land on the highway to Rosario, 1,500 meters from Circunvalación Avenue, and launched Polo 52, a park for logistics and the productive sector. Four years later, they started with the entry of 12 companies until May and another 10 in the following months.

“You were always in this?”

-Not. In 2000 he was the representative in Córdoba of a firm based in Buenos Aires that imported pedicure and beauty products from Germany. It reached all Disco and Libertad branches.

– I imagine that he succumbed to the crisis.

-Yes. As I am a medical visitor and my father had a drugstore, I started distributing vaccines in the companies, between March and May we placed 100,000 vaccines throughout the country. Then, between 2006 and 2007, I entered construction with an openings factory.

“Did you know about openings?”

–Nothing, but since I had heard it was a good deal, I bought the machines. Suddenly, they all came together and I had no shed or employees.

-What did you do?

–I had friends in the field, so I went in and, while I was manufacturing, I was getting into the construction of housings, commercial and office premises. So until 2011, when I sold the factory. In parallel, I entered the sports business.

–These are soccer and other sports complexes, but always linked to construction.

–It started in 2016. With three other partners, we wanted to make a niche product, something that the market did not have. We saw that an industrial park was missing and that it was a market that was not exploited.

“Logistics is advancing hand in hand with electronic commerce. We have noticed this in the last 45 days.”

–Why not apartments or houses?

–Real estate development in Córdoba is very competitive in all areas. So we choose to look for something new. And the city has an industrial history.

– Paradoxically, it has a very messy accommodation of industries.

–There are areas for industries, but not new industrial parks. With that idea, we developed a product in which location is paramount and which was put together based on customer needs.

–Because initially the park had 52 hectares. Actually, from the beginning we bought the 120 hectares and we had the possibility of attaching 10 more. But we said: “We are going to launch 52 hectares and, if we do well, we expand.” And the truth is that the 52 hectares did not last long; now we have 130 hectares.

–How is an industrial park inside?

–It’s like a big closed neighborhood, which, instead of having houses, has sheds. Once completed, the owners must form a promoter entity that will be in charge of the administration. In the case of Polo 52, it has nine hectares for logistics and 121 for industries. The lots have, on average, three thousand square meters and the ships range from 700 meters to five thousand square meters.

–80 percent are companies that will be installed on site. The average value is 280 dollars per square meter. We finance it in 72 installments and deliver it in 12 months. A company that pays a rent of five thousand dollars a month, perhaps for seven thousand dollars a month, pays the fee for its own ship. In several cases, they buy us a shed to use and another to rent.

–And the remaining 20 percent?

–There are a dozen investors who, instead of buying an apartment, have a warehouse. Right now, the rent is at $ 3.5 to $ 4 a square meter, because prices are very low, but until recently it was $ 6. The rent is six percent in dollars, when a department has between 1.5 and, at best, two percent. The truth is that with investors we did well thanks to compliance, but also because of how the profitability of the house depreciated.

–How many companies work at the moment?

–There is one, Kacher Parking, which has 40 thousand square meters with anti-hail mesh to keep cars. But between October and May, 12 companies will enter. From June to the end of 2021, another 10, at least.

–Did you spend four years supporting the project?

–All services were buried, with the sale and solvency of the partners. The water network, industrial energy, lighting, telephony, cable, internet, police and private surveillance, a three-meter high concrete perimeter fence and an anti-fire network were set up.

–How much was the investment?

–The first stage had an investment of 25 million dollars planned. Almost all that amount was covered. And that was achieved by being efficient. We have a team of 12 people; the works are carried out with contractors, which number 200 indirect operators. Construction never stopped, the only fissure was caused by quarantine.

–What kind of companies are going to join?

–Of different categories. Starting in October, companies such as Mudanzas La Moderna, Scarpatti Amoblamientos, Incoser Hormigón Elaborado, Grupo Kilowatt (generator sets), Todo Droga, Lekons, Colchones Piero, Intelma Construcciones and Transporte del Sur will start arriving. Also comes Propatto Hnos. (Health supplies), one of the largest that the property will have, and that in Córdoba only had offices.

–They think that more companies will come from other places.

–Yes, we already have negotiations with firms from Buenos Aires and Rosario, who are interested in establishing a base in Córdoba.

“There is currently an oversupply of construction materials. The next 24 to 36 months will be a good time to build.”

–It is rare to see growing firms at this time.

–Logistics advances hand in hand with electronic commerce. We have noticed this in the last 45 days. For the industrial area, there is not so much optimism, but there are many calls from companies that need to leave the city, especially in the metallurgical sector.

–Are there companies that are thinking about growing?

–Unfortunately, the pandemic is going to generate changes in the market. Some will stay on the road, but those that still stand will be strengthened. Furthermore, despite what is said, the private sector will invest in the country.

-What makes you think that?

–The national government is going to give a lot of impetus to construction, public works and the Procrear plan. In fact, there is currently an oversupply of materials. The next 24 to 36 months will be a good time to build.

–The State is going to give a boost to the internal economy. So we believe that the industry is going to start moving. This is a very sensitive moment and many do not want to expose themselves, but they see a context of recovery coming.

–How long will it take to consolidate Polo 52?

–We don’t know how much, but, at the current rate, in the next 36 months we have everything sold. We already have 54 units placed out of a total of 200 lots. That is why we believe that Polo 52 will end up establishing 100 companies by the end of 2021. Many are buying their own land and a second land, to expand or to rent.

– Last week they started to build a commercial module.

–It is a corporate base of 12 thousand square meters covered, which will be ready in a year. Most of it is for offices, but it includes 1,100 square meters of commercial premises that overlook the highway. Initially, the idea was to use them for products for the area’s economy: trucks, agricultural machinery, and construction equipment. But, now, we have a dream …

–It would be nice to have a factory that had its production shed, its offices, its after-sales service and its point of sale at the entrance of Polo 52 here. One of our partners is negotiating directly with a vehicle manufacturer that is not in Argentina , for confidentiality reasons we cannot give the name. Therefore, we believe that the next are going to be good years.

With experiences in very different areas.

A data. There are companies that buy a lot for their own use and one and even two more to rent. An industrial warehouse leaves a monthly rent of six percent in dollars, more than triple that of an apartment.

Likes. The tennis. “And get together with friends, but now you can’t,” he clarifies.

The original text of this article was published on 08/02/2020 in our printed edition.