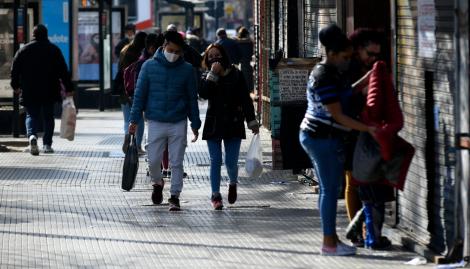 Buenos Aires Health Minister Fernán Quirós highlighted in The Correspondent that more than half of the city’s neighborhoods reached the peak of infections of coronavirus, and that in these areas the number of cases is decreasing.

He said that the curve “is mature” in the Federal Capital and that in the last ten days it was maintained “on average with the same amount of cases “, with a doubling of infections of about 38 days.

The Buenosairean official affirmed that “when one looks within the City, more than half of the neighborhoods reached their peak and are going down.” He clarified that the more affluent middle class areas are still located “in the upper area” of COVID-19 infections.

He indicated that they stopped performing PCR tests on mild or asymptomatic patients who were discharged because it was found that these people after ten days had already do not transmit the virus. “If they are tested they can be positive but they are not contagious,” he said.

He stressed that they implemented a new recovery procedure for people who were in intensive therapy for coronavirus, so that they rehabilitate with greater speed. These rooms operate in the Fernández and Argerich hospitals.

Regarding the return of face-to-face classes, he said that for the moment “it will be difficult” that the students return to the classrooms. He explained that the children under the age of nine who were infected have an even higher viral load than adults, and said that they must first understand “what risk these cases represent for families.”

this is per square meter

The sale of used cars in November grew 12.4% year-on-year

I found out what kind of person you are / Argentina...

Cavallo, lapidary on the future of the economy: what he anticipates

An excited Gerardo Rozín spoke about the particular situation in “La...