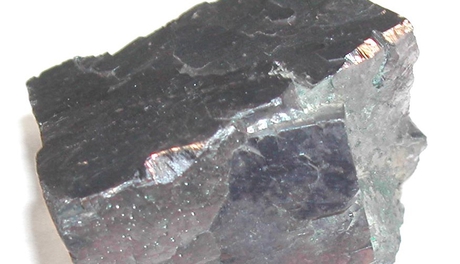 Experts have successfully transformed iron sulfide, an abundant material known as pyrite, into a much more valuable magnetic material

Scientists and engineers at the University of Minnesota have electrically transformed iron sulfide, an abundant material known as pyrite or “fool’s gold” – for its resemblance to it, although its value is much lower – into a magnetic material.

This is the first time that a non-magnetic element in another one that is, which could be a new step to build new components that improve, for example, the memory of computers with more efficient energy consumption. The results are published in the journal Science Advances.

“Most people with a background in magnetism will probably say that it is impossible to electrically transform a non-magnetic material into a magnetic one. However, when we looked a little further, we saw a potential path and made it happen,” says Chris Leighton, researcher. Study Lead and Professor at McKnight University in the Department of Chemical Engineering and Materials Science at the University of Minnesota.

Leighton and her colleagues, including Eray Aydil of New York University, and Laura Gagliardi, a chemist at the University of Minnesota, have been studying iron sulfide for more than a decade for their possible use in solar cells. Sulfur in particular is a very low cost and abundant by-product of oil production. But, for now, they have not yet found the key.

A material that could charge great value.

“We really went back to the iron sulfide material to try to uncover the fundamental obstacles to cheap, non-toxic solar cells,” says Leighton. “Meanwhile, my group was also working in the emerging field of magnetoionics, where we were trying to use voltages to control the magnetic properties of materials for potential applications in magnetic data storage devices. At some point we realized that we should combine these two research directions. And it was worth it, “according to ABC.

Leighton explains that his objective was to manipulate the magnetic properties of materials with a single voltage, with very little electric currentwhich is important to get the Magnetic devices are more energy efficient.

In the study, researchers used a technique called electrolyte activation. They took the non-magnetic iron sulfide material and put it in a device in contact with an ionic solution or electrolyte. They then applied just 1 volt (less voltage than a household battery), moved positively charged molecules to the interface between the electrolyte and iron sulfide, and induced magnetism. Importantly, they were able to turn off the voltage and return the material to its non-magnetic state, meaning they can reversibly turn magnetism on and off.

“We were pretty surprised that it worked,” says Leighton. “By applying the voltage, we essentially pour electrons into the material. It turns out that if you get high enough concentrations of electrons, the material wants to spontaneously become ferromagnetic. This has a lot of potential, because we believe we can do it with other materials.”

Leighton says the next step is to continue the research to replicate the process at higher temperatures, which preliminary team data suggests should certainly be possible. They also hope to test the process with other materials and demonstrate potential for real devices.

Ded Khassan, the last of the “Thieves in the Law”

Wages and pensions fell to the lowest levels in 15 years...

So you can send emails with an expiration date with Gmail ...

Santos and Atlas clubs in Mexico will defer salary to footballers...

Coca-Cola warned that its sales fell 25% in April due to...

Political crisis in Mercosur: Argentina suspends its participation due to differences...

Apple, Google and Microsoft reveal how they will reduce the environmental...