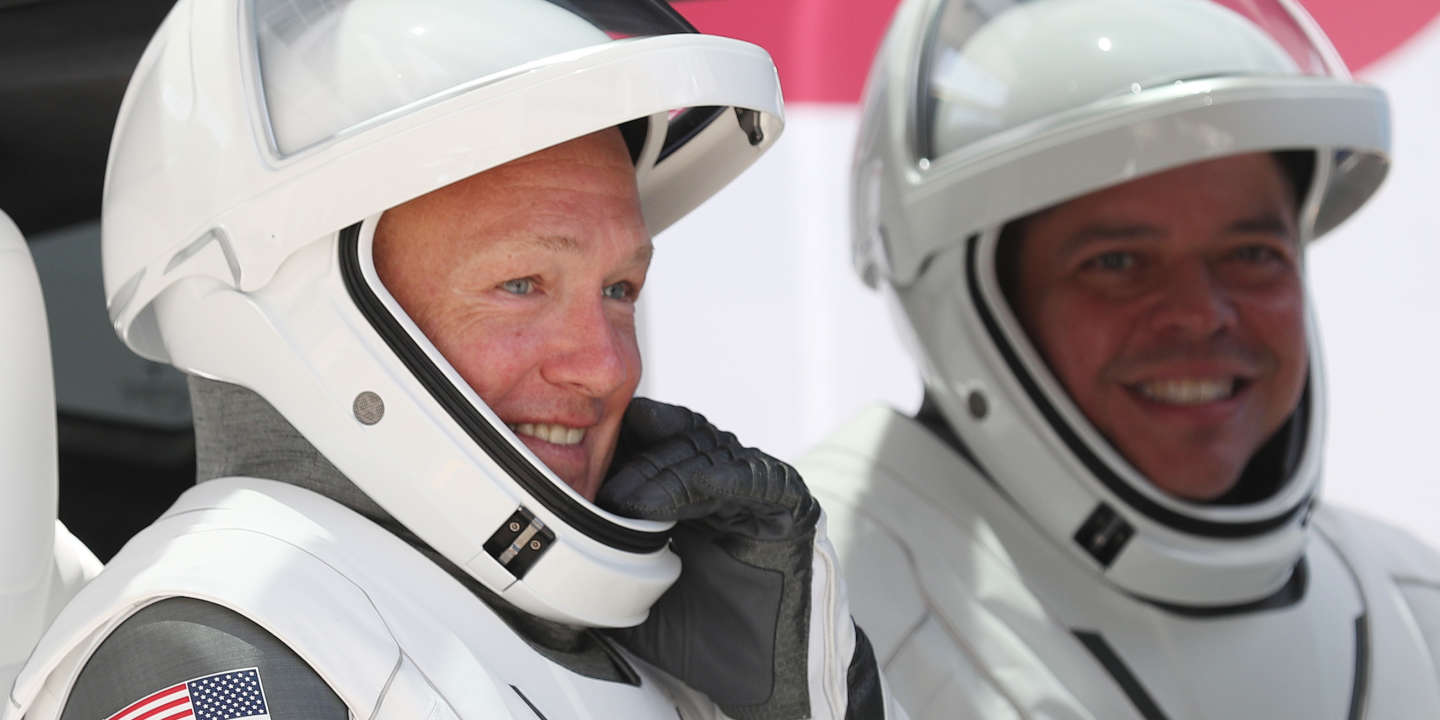 The first astronauts to reach the International Space Station (ISS) aboard a US aircraft in almost a decade hoped, Saturday 1er August, be able to return to Earth as planned this weekend, despite Hurricane Isaias threatening Florida.

“We will enter the descent and landing phase, once we have undocked, hopefully later in the day”, said US astronaut Doug Hurley during a Farewell “ceremony” to his colleagues at the ISS, broadcast live by NASA. “The teams are working very hard, especially because of the weather for the coming days on the Florida, we appreciate their efforts because we know these decisions are not easy ”, he added.

Bob Behnken and Doug Hurley departed Cape Canaveral on May 30 in a SpaceX Crew Dragon capsule; their return was originally set for Sunday afternoon off the coast of Florida.

“The most important thing is to bring us home”

For now, undocking is still scheduled for 7:34 p.m. Saturday (1:34 a.m. Sunday, French time) and landing at 2:42 p.m. (8:42 p.m. Sunday in Paris). NASA is closely monitoring the progress of Hurricane Isaias, which struck the Bahamas and is approaching Florida, but estimated the weather was favorable for a water landing in the Gulf of Mexico near Panama City, Florida.

“The hardest part was getting us into orbit, but the most important thing is getting us home”, said Bob Behnken on Saturday morning from the ISS, surrounded by his two Russian colleagues and Captain Chris Cassidy, chief of the mission. “We say goodbye to our two friends and colleagues”, said the latter, saying to himself at the same time ” sad “ to see them go and ” nice to meet you “ that the ISS has new means “To bring in and to leave” astronauts.

Bob Behnken and Doug Hurley are the first astronauts to be transported to the International Space Station by a private company, under contract with NASA. This is the first manned flight launched from the United States since 2011, when their space shuttles were shut down. Americans have since been traveling on Russian rockets.

Read also How SpaceX Made Its Place in Aerospace