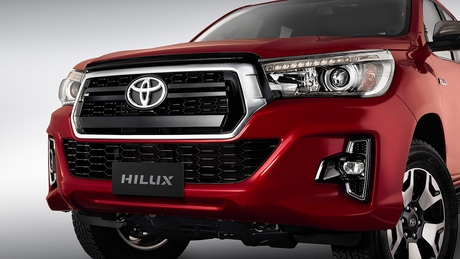 July was a month of falling sales due to lack of stock, but some models managed to stay on the podium. These are the winners

According to the Association of Automotive Concessionaires of the Argentine Republic (ACARA), the number of patented vehicles during July 2020 amounted to 30,288 units, representing a down 18.8% against its predecessor in June, where 37,297 had been registered.

The result is attributed to lack of stock, since in June there was an increase in patents and that left brands out of context.

In this scenario, the total units sold in the year reached 183,693 accumulated patents.

As for the best-selling models of the last month, the top ten is as follows:

Toyota Hilux, the most sold.

With 1,574 units, the pick up remains the best-selling vehicle on the total market, and in July he recovered that first position that he had given up in June. In total, cumulative sales for this model fall 37.7 percent.

Chevrolet Onix, the best-selling in the car segment.

With 1,512 he kept the number number two in sales. In the year it registers a fall of 12.3%. In any case, by segment, it is the best-selling car on the market.

Volkswagen Amarok, on the podium of the best sellers.

With 1,376 patents registered in July, the pick-up made in Argentina remained number three in the total market, a great growth for this model. Its annual accumulated register a fall of 20.9 percent.

Fiat Cronos, the fourth of the total podium and second of the car segment.

With 1,211, the car of the FCA group brand, which is manufactured in Argentina, at the Córdoba plant, remained as the fourth best-selling. If you only consider the segment of passenger vehicles, for the first time it rises to number two. In total, it accumulates a drop of 28.9 percent.

With 1,098 units, this model was the fifth in the total market and the third in the car segment. In the year, it has accumulated a fall of 2.5 percent.

Ford Ranger, the pick up is the third in its category.

With 1,007, it is another of the best-selling models July, the third in the category of pick ups and the sixth in the total market. As for accumulated sales, it falls 16.3 percent.

With 998 patents, it is another of July’s best-selling cars. In this way, it beats the Kwid, the car of the same brand that was born to be a leader in sales for its low price. The Sandero accumulates in the year a fall of 39.3 percent.

Volkswagen T-Cross, the only SUV in the top ten.

With 904 units, it is positioned as the only SUV within the top ten in sales. In the year, it accumulates a growth of 597.8 percent.

FIat Toro, one of the few models that grow in sales.

With 895 sales, it is another of the pick ups that has managed to position itself as one of the leaders in the total market. In addition, it is together with the T-Cross, the only vehicle that registers an increase in patents, with an increase of 23.8% in the year.

With 874, the French brand’s car completes the podium one month before the second generation arrives on the market. The same is still very sold. Its sales fall in the accumulated annual 35 percent.