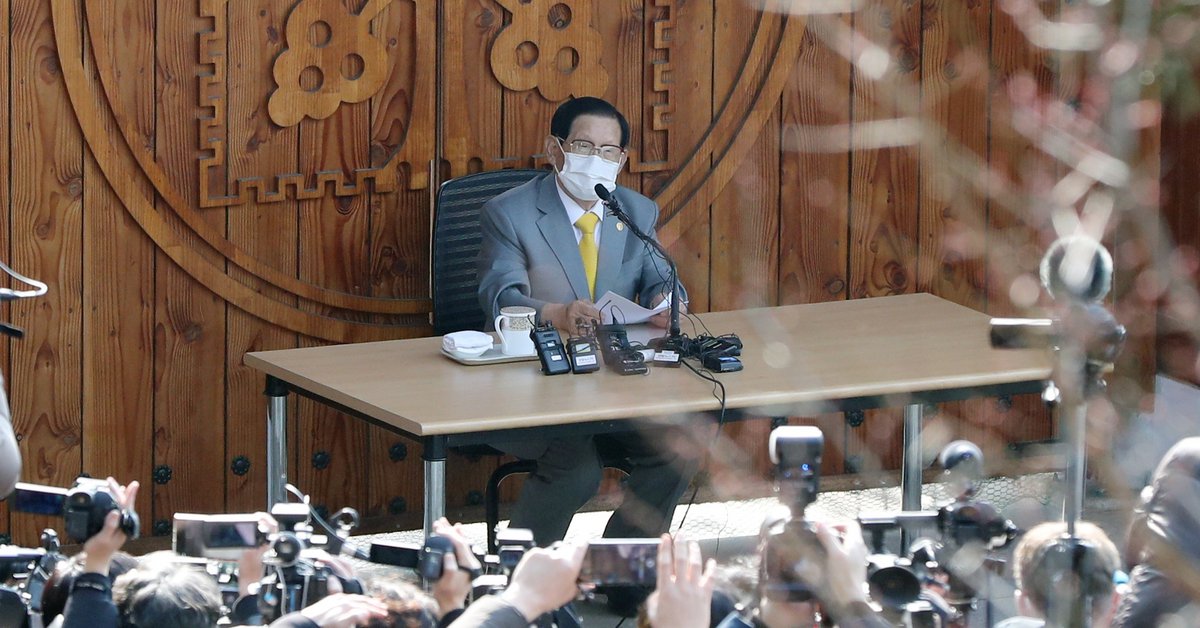 Seoul, Aug 1 (EFE) .- The leader of the South Korean Christian sect Shincheonji, Lee Man-hee, 88, was arrested today for allegedly trying to obstruct efforts to contain the spread of the coronavirus when that group became the epicenter of the main outbreak that has affected South Korea.
A court in Suwon, a city south of Seoul, issued the arrest warrant against Lee on Saturday, considering that he forwarded to the health authorities false documents about the number of participants in the various religious ceremonies held by the sect in February, when Shincheonji shot the number of infections in the Asian country.
He is also accused of embezzling some 5.6 billion won (about 4.9 million euros / $ 4.6 million) in group funds and organizing unauthorized religious events between 2015 and 2019, the South Korean news agency Yonhap reported. .
The court has considered in writing that several of the charges have been “substantiated” and that there is a risk that Lee will destroy evidence justifying his arrest.
The prosecution requested his arrest last Tuesday, a request that the competent court began to review on Friday.
In July, seven other high representatives of the sect were also accused of obstructing the investigations of the health authorities and three of them remain in custody.
Some 4,000 Shincheonji worshipers, mainly from the city of Daegu, about 230 kilometers southeast of Seoul, were infected with the coronavirus and became the source of an outbreak that has added more than 5,000 infections in total.
Today, that figure still represents more than a third of the total number of infected in South Korea, where 14,305 have been recorded so far.
The Christian cult founded by Lee in 1984 generally has a bad public image among South Koreans.
Those who know the group best consider it to be a very destructive sect due to the effect it has on many of its members, who tend to sever all ties with friends and family, and the secrecy that surrounds many of its activities, including its maneuvers to capture new faithful.