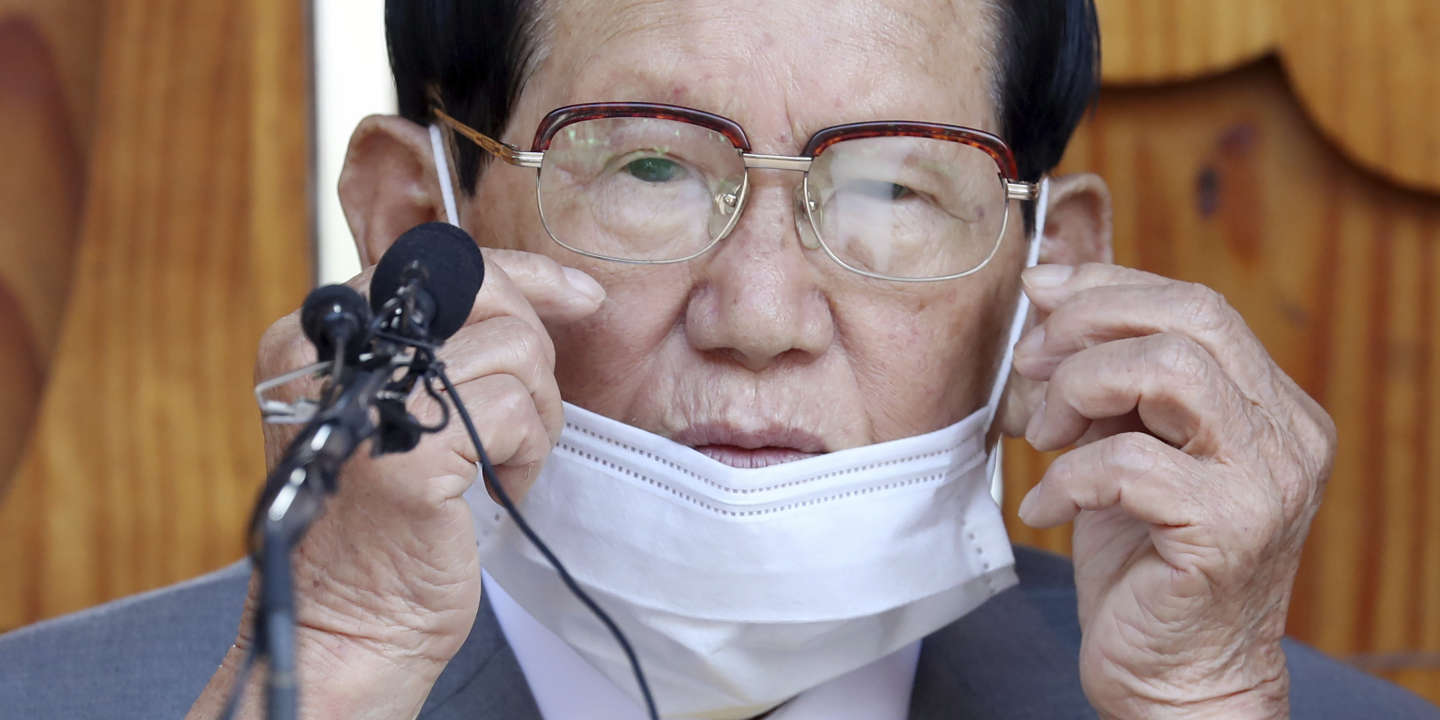 His sect is at the center of the outbreak of the novel coronavirus in South Korea in February. The leader of the Shincheonji (“new world”) Church of Jesus, Lee Man-hee, was arrested on Saturday 1er August on suspicion of obstructing government policy to curb the spread of the epidemic.

Mr Lee, 88, was taken into custody early on Saturday “After the Suwon District Court issued an arrest warrant at 1:20 a.m.”a spokesperson for the local court said. The cult leader is accused of giving the health authorities inaccurate records of his church gatherings, and false lists of its members. He is suspected of “Systematic attempts to destroy evidence”, according to a judicial official quoted by the Yonhap news agency.

Article reserved for our subscribers Read also Coronavirus: Shincheonji sect at the heart of the epidemic in South Korea

People linked to the movement, known for its mass rallies of uniformed followers, accounted for more than half of the more than 4,000 cases of Covid-19 in South Korea in February, when the country was one of the first to suffer the epidemic in the world. As of July 19, they represented 38% of people infected with SARS-CoV-2, according to health authorities.

The Shincheonji Church of Jesus said its members risked social stigma and discrimination if they came across as such, discouraging some from responding to official requests. The movement, which operates almost militarily, claims a culture of secrecy for “To protect its members from persecution”, says his spokesperson, Kim Shin-chang. This explains the difficulties of the authorities in controlling them.

Article reserved for our subscribers Read also In South Korea, the epidemic sheds light on an opaque sect

In a statement released on Saturday, the religious organization stressed that this arrest “Does not constitute a guilty verdict”. Mr. Lee, the text continues, was only concerned about “Excessive demands” authorities concerning personal data, and “Never ordered” his subordinates to withhold information.

South Korea is often cited as a model in the management of the health crisis, with its program “screening, testing and treatment”. Thirty-one new cases were recorded on Saturday, bringing the total to 14,336 in the country of 52 million people.

Our selection of articles on the coronavirus