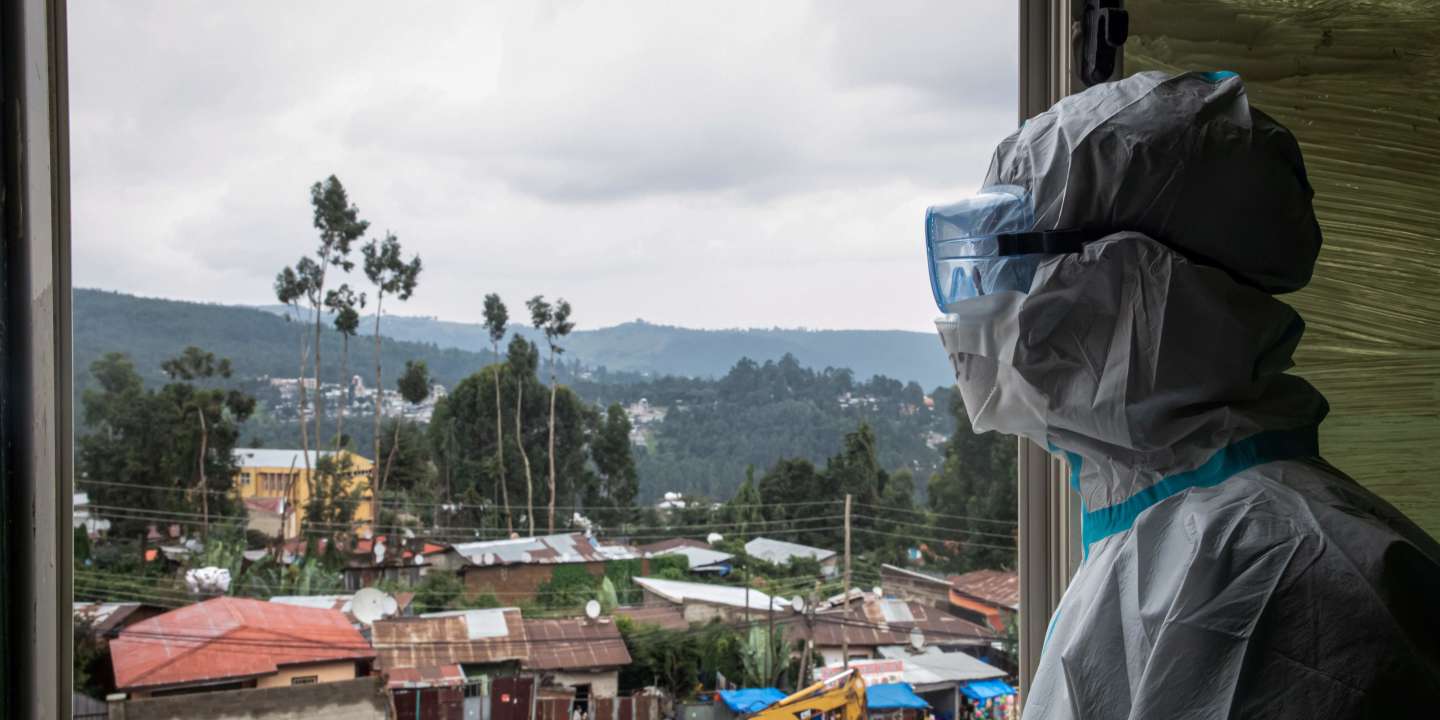 Attached to the roof of the vehicle, the loudspeaker spits out its decibels in a densely populated district of Addis Ababa. “Yes, we can and you can! “, encourages the message of prevention, the same assailed for months by the municipality, before taking the usual barrier gestures: washing hands, respecting physical distancing and avoiding the handshake followed by a very common shoulder to shoulder movement in the streets of the Ethiopian capital, wear a mask. But these instructions get lost in the hubbub of rush hour and do not even seem to reach the patrons of the cafes seated on the neighboring terraces.

In their car, municipal employees doubt the effectiveness of this new round. “We explain the precautionary measures to the population, but some put their masks back in their pockets and only put them on when our teams are around”, laments Wondimu Taye, communications manager for the city’s health services.

Read also Coronavirus: in Africa, the peak of the pandemic is yet to come

Authorities are worried about the effects of this lax attitude among the population, as the number of Covid-19 cases increases in the East African country. Ethiopia has recorded 16,615 cases and 263 deaths as of July 31, a modest figure compared to a population of almost 110 million. But the trend is sharply on the rise, with the number of cases doubling in less than three weeks and the World Health Organization (WHO) fears that the recent protests sparked by the murder of a popular singer could result in additional infections.

The virus is installed

A form of weariness seems to be developing in the face of the virus, as evidenced by the scarcity of handwashing points in the streets or the increasing frequentation of restaurants. “The fear of Covid-19 has eroded over time. Still, it’s unlikely that we escaped the coronavirus. Most likely it has been a long wait but now the wait is over “, says Benyam Worku, who teaches at the Addis Ababa medical school.

The country had taken strong measures from the onset of the first case, in mid-March, by closing land borders, schools, imposing the wearing of masks and freeing thousands of prisoners to unclog penitentiaries. Prime Minister Abiy Ahmed also declared a state of emergency in early April, without imposing containment measures to allow the poorest, who earn during the day enough to buy a meal in the evening, to survive.

But despite these measures, the virus took hold in the population long before the murder in late June of singer Hachalu Hundessa, a true hero for many Oromo, the largest ethnic group in the country. His murder, still unsolved, sparked a wave of violence in Addis Ababa and the Oromia region, which grips the capital, relegating the epidemic to the background for many Ethiopians.

“We have seen mass gatherings with little or no protective measures, in an already established context of community transmission. We must expect a drastic increase in cases “, explains Dr Boureima Hama Sambo, WHO representative in Ethiopia bluntly.

“Now it will be okay”

The Ethiopian capital concentrates nearly three quarters of the cases of the new coronavirus recorded in the country. The hardest hit neighborhood is Addis-Ketema, home to Mercato, a huge collection of stalls and stalls often touted as the continent’s largest open-air market. Biruk Awoke, a resident of Mercato, told AFP that concern about the virus has recently abated.

“Before the first case, people were horrified. Many closed their stores and stayed at home. But now people have become accustomed to preventive measures ”, he describes. He himself admits to being less afraid of the virus, compared to the 6,000 people officially declared cured. “I have two brothers who have had Covid-19. We ate together, we did everything together. But they are the only ones who got sick and they got out of it so I think that for now, it will be okay ”, Biruk continues.

For the representative of the WHO, the evolution of the epidemic in Ethiopia will depend on the rise or not of preventive measures among the population. “Sometimes people think it only happens to other people. But the virus is still circulating and we are all in danger ”, warns Mr. Hama Sambo. L