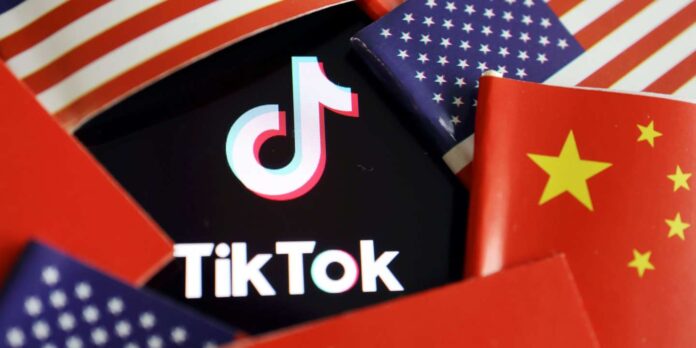 US President Donald Trump announced Friday, July 31, that he would ban the US social network TikTok, suspected by Washington of being able to be used by Chinese intelligence.

“Regarding TikTok, we ban it in the United States”Mr. Trump told reporters aboard the presidential plane Air Force One. He added that he would act on Saturday.

TikTok belongs to the Chinese group ByteDance. It has nearly a billion users worldwide and is very popular with a young audience.

TikTok was under investigation by CFIUS, the US agency responsible for ensuring that foreign investments do not pose a risk to national security.

Steven Mnuchin, the US Secretary of the Treasury, said on Wednesday that he would make a “Recommendation” on TikTok at the White House this week.

Read also Relations with China, spying on minors … What we know about TikTok’s data collection

TikTok has often had to defend itself from its ties to China, where ByteDance has a similar app, under a different name. She has always denied sharing data with the Chinese authorities and said she did not intend to accept such requests.

Germany′s special forces look the other way on missing weapons | Germany | News and in-depth reporting from Berlin and beyond |...

The «shoppertainment», the new trend in online sales / Spain News

Saxony: Where smart rail connections are not just a dream | Business | Economy and finance news from a German perspective |...

More than the pandemic, the problem is trust

Coronavirus in Argentina | Before the flood of tourists, the mayor...

Ignacio Pichardo Pagaza, former Governor of the State of Mexico and...

Felippa chairs the entity that brings together the main dairy plants...

Ángel Correa has coronavirus and will miss the Champions League

Video. “I pledge to be a president who does not seek...