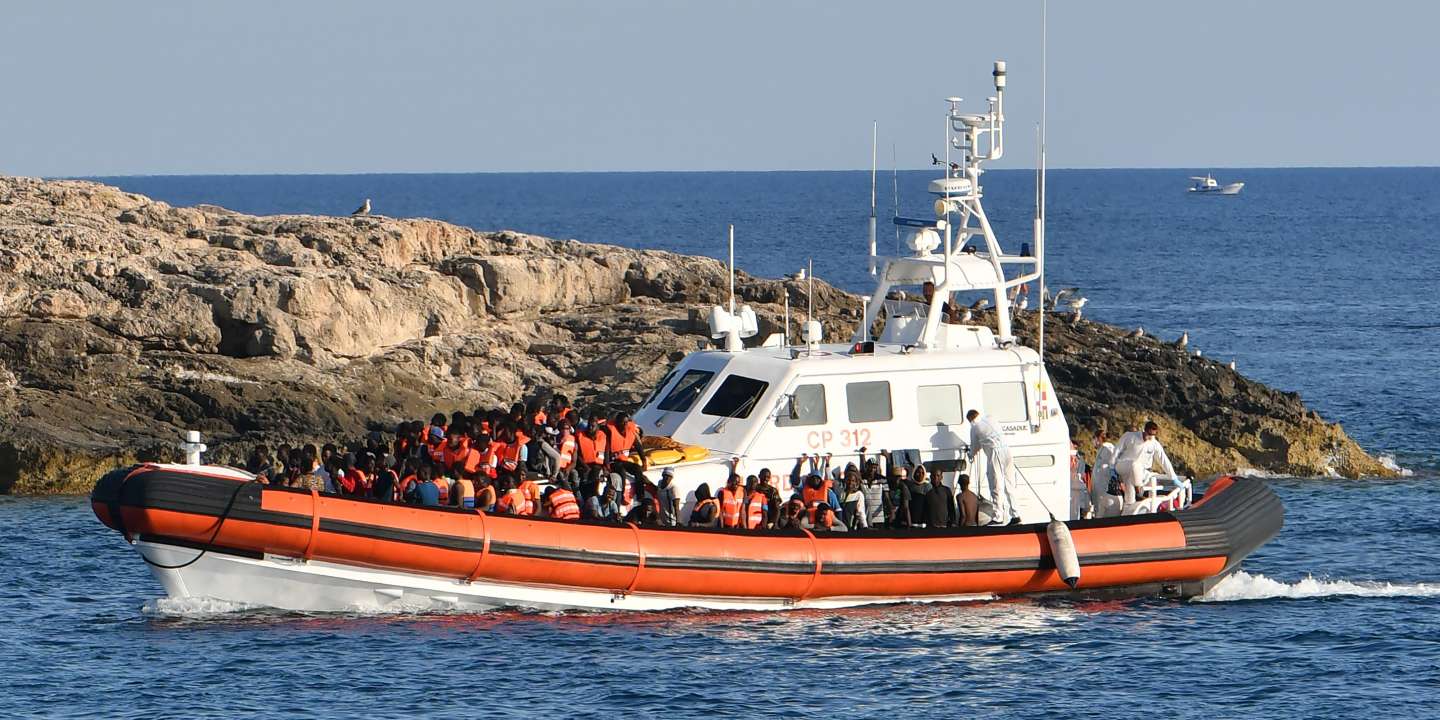 France and Italy will create a mixed brigade at their border to fight against the networks of smugglers who transport migrants there, French Interior Minister Gerald Darmanin announced on Friday (July 31) in Rome.

“This is an extremely important point to fight against this border crossing of illegal immigrant populations”, from the region of Ventimiglia on the Italian side to the region of Menton on the French side, underlined Mr. Darmanin after talks with his Italian counterpart, Luciana Lamorgese.

Joint patrols already exist between the border police of the two countries, but this integrated brigade will bring together for the first time, within a specific structure, Italian and French agents placed under single command, the minister’s entourage said.

The legal framework and location of the brigade, which should be operational in two or three months, are still under discussion.

Article reserved for our subscribers Read also Italy, alone in the migratory storm

A European summit in Brussels in October

For his first trip abroad since his appointment to Place Beauvau, Mr. Darmanin wished to go to Rome in order to strengthen the Franco-Italian relationship “Very important” in front of “Migration difficulties facing Europe”.

France wants a “Common position” with Italy ahead of the October EU home ministers’ summit in Brussels on a new “Migration pact” to be proposed by the Commission in September. She also wants the support of Spain and Germany, where Gérald Darmanin will visit in August, he said.

“We will need courageous reforms, able to express in a concrete way the principles of solidarity and fair distribution of burdens between all member states”, Luciana Lamorgese said after her interview with Mr. Darmanin.

Article reserved for our subscribers Read also The “Migration Pact”, an explosive dossier for the future German EU Presidency

Malta agreement suspended due to pandemic

Paris and Rome have also decided that the Malta agreement “Can not only be integrated into European Union law, which is the Italian request and which we support, but also extend it to all the countries of the European Union”, according to the minister.

Germany, France, Italy and Malta had agreed in September on a temporary mechanism, based on voluntary service, for the distribution of migrants rescued at sea, but only a few countries such as Portugal, Luxembourg and Ireland had joined this initiative. And the mechanism has been put on hold due to the novel coronavirus pandemic.

“The Malta agreements are suspended but there have been several ships that have arrived on Italian soil and today all the European countries must do what France and Germany have done, that is – that is to say both firmness outside the borders of Europe (…) and at the same time we must be able to distribute the asylum seekers when they arrive in Italy ”, estimated Gérald Darmanin.

Article reserved for our subscribers Read also In Europe, asylum on hold, migratory flows at a standstill

According to the Italian Interior Ministry, 11,191 migrants have arrived in Italy this year until July 24, of which 4,000 are Tunisian citizens. In this regard, Italy has asked France to intervene with the “Tunisian government, which is experiencing extremely severe economic difficulties, to see how we could settle this subject to precisely ease the migratory pressure in Italy”, said Gérald Darmanin.

Hundreds of migrants also arrive almost daily in Malta and on the coasts of the Italian islands of Lampedusa and Sicily from Libya.

On Friday, more than 90 migrants from sub-Saharan Africa who crossed the Mediterranean from the Libyan coast were rescued by the Italian coast guards and disembarked in Lampedusa, according to a reporter from Agence France-Presse on the spot.