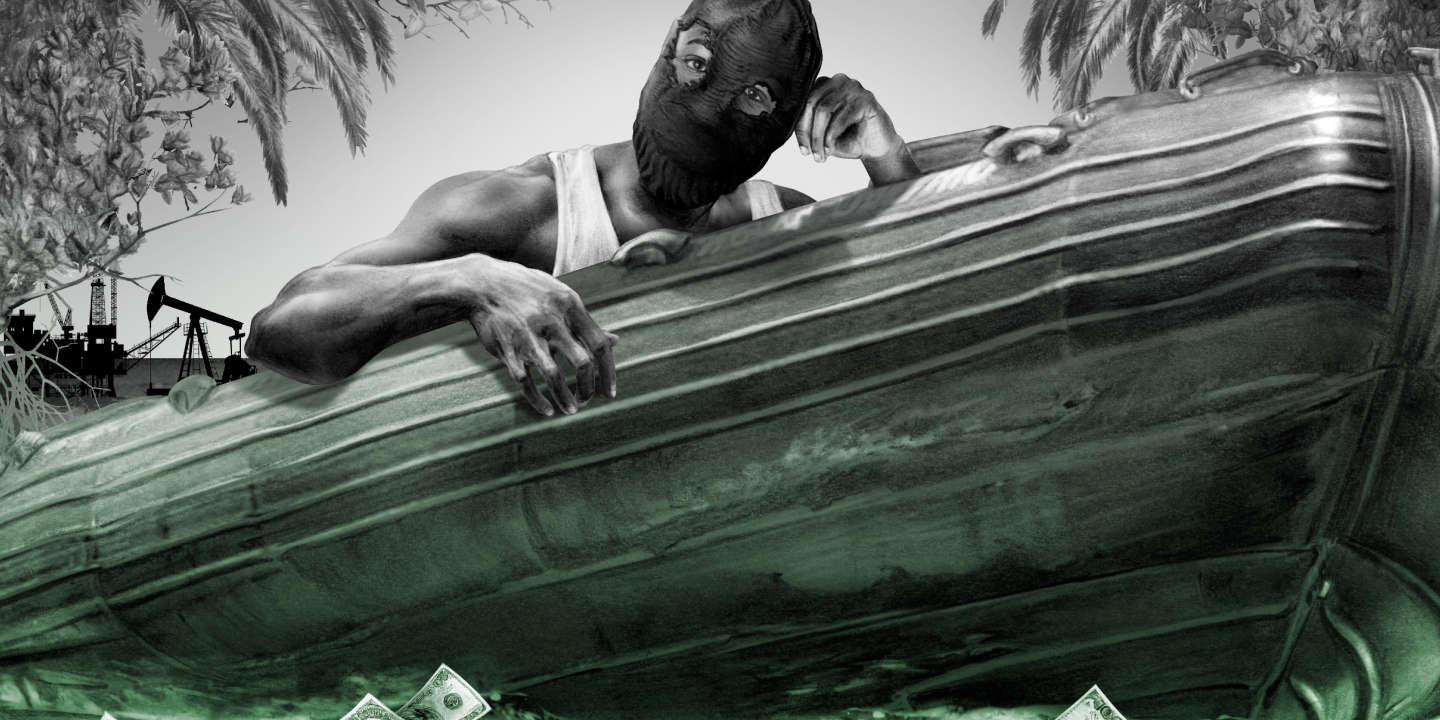 ReportageLives of caïds 6/6. “Le Monde” traces the fate of six figures considered by the courts or the police of their country to be leaders of criminal organizations. Today, meeting in Nigeria with this specialist in kidnapping in the waters of the Gulf of Guinea.

“I cannot count the number of soldiers I have killed! “ The man who welcomes me to his camp lost in the mangrove swamp is “Black Devil”, one of Nigeria’s main pirates. Surrounded by his armed men, his Kalashnikov in hand, he agrees to meet me, for the third time in five years. His calm voice contrasts with his boxing physique. Under the stifling heat, in the vapors of marijuana and the smoke of the speedboats Moored on the shore, he drinks glasses of gin-cocaine, the cocktail he and his men consume from morning to night when they are not going to sea for a “job”, an attack on a ship.

With one hundred and twenty-six acts of piracy recorded in 2019, and already fifty-nine since January, the Gulf of Guinea is the most dangerous region in the world for both merchant ships and oil barges. At the origin of these piracy operations: a dozen Nigerian groups, whose lairs are hidden in the Niger Delta, but which can strike hundreds of miles away, from the waters of Ghana to those of Angola. “Black Devil” and his men are among the most violent of them.

At forty-two, he is a seasoned boss and feared by the authorities. To his credit, more than thirty attacks, always committed in a very risky, but effective mode of action. Usually, Nigerian pirates attack ships with little or no protection, after paying local fishermen or bribing shipping company employees to find out if local marines are on board. “Black Devil” does not bother with these costly precautions: “To know if there is safety on board, it’s simple: you get as close as possible. If we are shot at: there are soldiers. And so I order my men to open fire. “ Basic and murderous method.

Added to the risk of being hit by gunfire is the risk of falling into the water during the collision, always carried out in a perilous tactic. At night, after hours of sailing on the high seas, two light boats propelled by their 250 hp engines come to stick at full speed to the hull of a fifty ship. times bigger than them. “Arrived at the boat, we climb! “, explains “Black Devil”. He himself then throws a harpoon to hang up the rail. Then, one by one, the twenty men he has selected follow him, and hoist themselves by force of their arms along a steel rope, barefoot against a metal wall fifteen meters high.

You have 75.09% of this article left to read. The rest is for subscribers only.