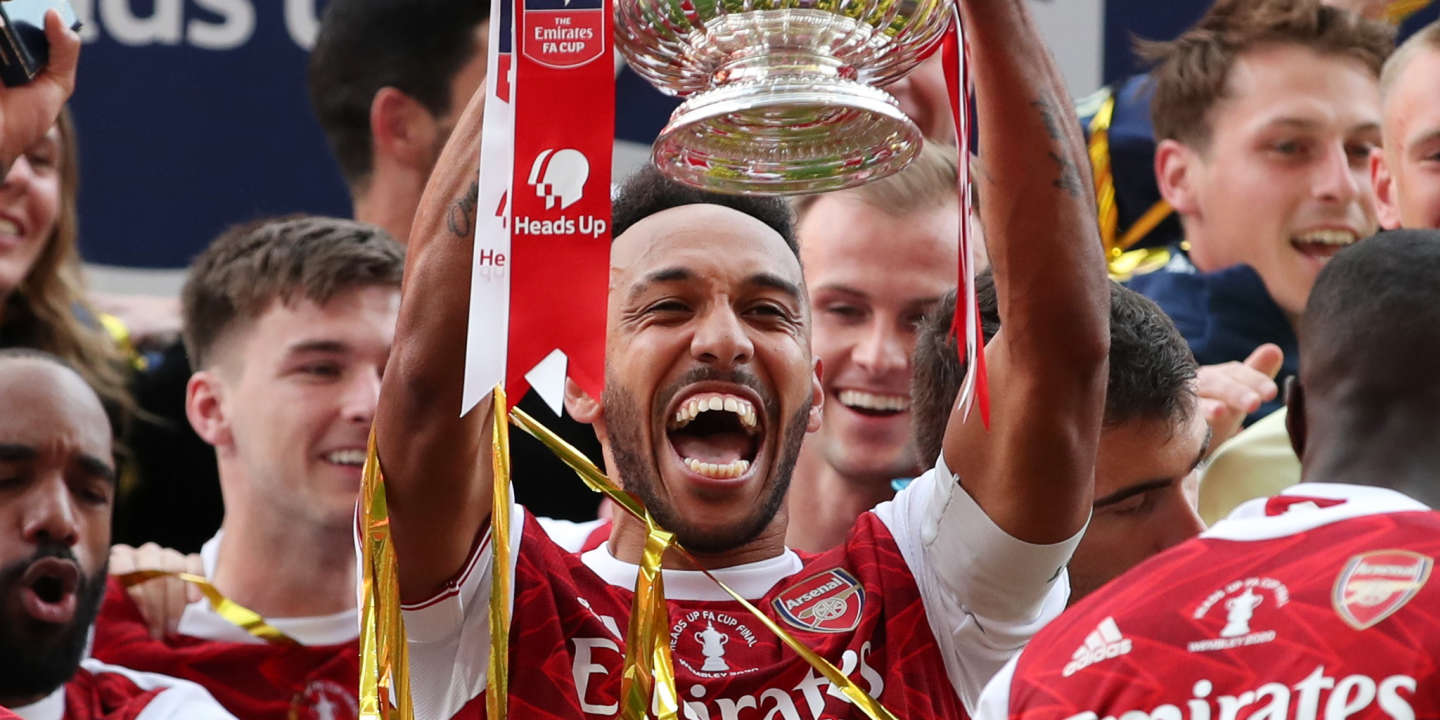 A brace from Pierre-Emerick Aubameyang on Saturday August 1 gave Arsenal the 14th FA Cup in their history against Chelsea (2-1) and a place in the Europa League next season.

It is also the first trophy won by Mikel Arteta as a coach in his first half-season at the head of a professional team. The former midfielder, who worked for PSG in particular, learned his skills alongside Pep Guardiola at Manchester City before taking over a drifting club in December, to which he was able to give back a soul and a playing identity.

In that final he won the tactical battle against Frank Lampard, who dreamed of ending his first season at the head of a Premier League team with a trophy. Even if he was helped by game facts – the injury exits of Cesar Azpilicueta (34th) and especially Christian Pulisic at the very start of the second half (48th), or the severe expulsion of Matteo Kovacic in the 72nd – Arteta also won the war of nerves.

A difficult start to the match

“The start of the game was difficult. Sometimes we can crack. But if there’s one thing I know about this group of players, it’s that they weren’t going to give up. They reacted immediately and played the best 30 minutes since I arrived ”, commented the coach.

The start of the match saw Chelsea open the scoring in the 5th minute. On an action while verticality and in two passes, Mason Mount was found on the left of the penalty area and his low cross was cleverly deflected by Olivier Giroud in the race of Christian Pulisic, who deceived Emiliano Martinez up close (0-1, 5th).

Chelsea seemed to have gotten their hands on this final by then with strong forward play, but the refreshment break in the first act totally took the Blues out of their game as Arsenal suddenly found consistency in their play.

Read also Football: death of Alex Dupont, former coach of Gueugnon and winner of the Coupe de la Ligue in 2000

But in the 27th minute, Aumbameyang, after catching César Azpilicueta at speed, put the two teams tied, forcing the latter to make a mistake in the box, then by transforming the penalty himself. The Gabonese became the first African captain of a Cup finalist team on Saturday.

During the second half, Arsenal played against more. On one of them, initiated by a furious rush from full-back Hector Bellerin, Nicolas Pépé shifted Aubameyang to the left of the area. The center forward easily knocked out Kurt Zouma and stole the ball over Willy Caballero, once again preferred over Kepa (2-1, 66 ‘).

This double represents Aubameyang’s 28th and 29th goals in all competitions and especially his 69th and 70th goals since his arrival in London in February 2018. No English player has scored more than him over this period, not even Mohamed Salah (68 ).

Undoubtedly emotional, the Gabon international even dropped the trophy to the ground during the post-match celebration. Already executioner of Manchester City with a brace in the semi-finals (2-0), he once again demonstrated Arsenal’s incredible dependence on him, while his future remains uncertain.

For the Blues, who had already lost twice to Arsenal in the FA Cup final (2002, 2017), it will take ” to console “ with a place in the Champions League acquired through the championship (4th).